A wagging finger sticking out of your mobile phone is creepy. Why?

PARIS: A French researcher has invented a robot finger that attaches to your mobile phone. It can wriggle across your desk. It can stroke your hand. And guess what? It's creepy. No, really, watch the video. Creepy, see?

He wants to know why.

“My PhD subject is around touch in communications,” explains Marc Teyssier, a researcher at Telecom Paristech engineering school. “When we talk with people in real life we touch each other to communicate emotions, for example a stroke on the arm, or stuff like that. But for mobile devices and interaction in general in computers, we don't use touch at all. So my starting point was: how can we bring touch in human-computer interfaces?” 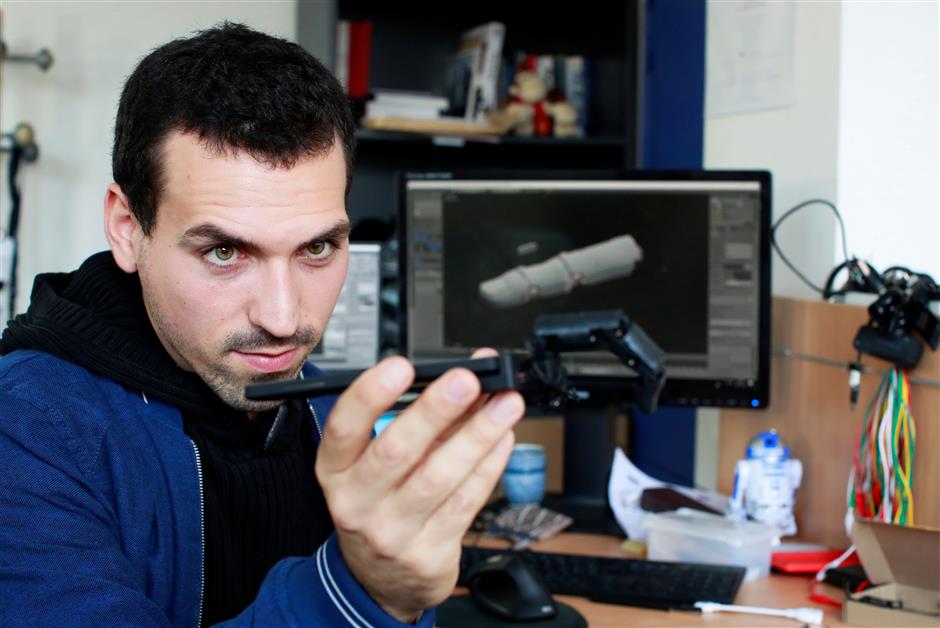 So he designed, built and patented the MobiLimb robotic finger, which plugs into a mobile phone and looks very much like a real finger. It can drag the phone across the table. Your friends can activate it and operate it remotely, to give you a comforting pat on the wrist when they talk to you.

But when people saw it, everyone had the same reaction.

“We have a tonne of reaction on the Internet, like: 'It's creepy'. Everybody tells me it's creepy. And it is, actually, in fact,” Teyssier said. “We communicate with humans with touch. We use fingers. We use motion. But when we put that on a mobile device, everybody thinks it's crazy and creepy.”

The creepy phone finger tells us something about who we are, and what we expect from a world where your phone listens and responds to your commands like a person, but still doesn't have a moving body, Teyssier said. For now, he thinks, the robot finger is both too human, and not quite human enough.

“I think to some extent we are right in the uncanny valley. Technology looks like human, but its not exactly human, so our brain – we don't know how to react.” 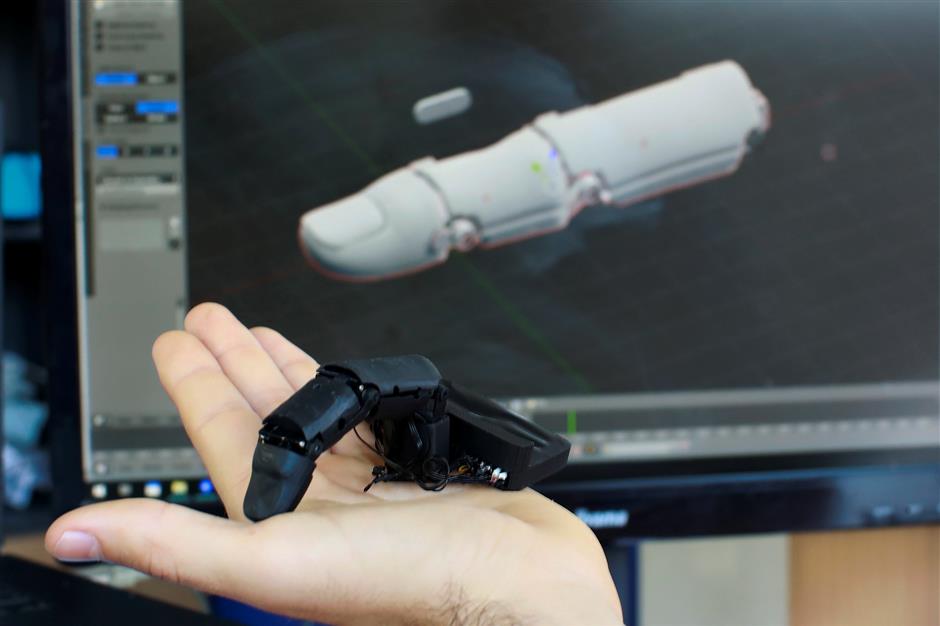 The creepy phone finger tells us something about who we are, and what we expect from a world where your phone listens and responds to your commands like a person, but still doesn't have a moving body, Teyssier said.

But Teyssier imagines a world one day where you would interact with objects the way you do with other people or pets. Someday, you might walk into your kitchen and get a hug from your fridge.

“With this project, we question a lot: the smartphone and the human being and human nature,” he said. “What if all devices had arms and limbs and were able to touch us like a human? I think we would behave totally differently with technology.

“Maybe we wouldn't throw it in the trash after two years, right? Maybe we would want to build a relationship with it and keep it with us as a friend or a companion.” – Reuters