Robot butlers are coming to this Miami hotel

Yotelpad Miami has introduced its robotic concierge concept that will roam through its property, giving directions, serving snacks and beverages, and performing bellhop duties at their Yotelpad Miami location. — Photos: Miami Herald/TNS

Are you ready for robo-room service?

Welcome to the 21st century, where a request for extra towels in your hotel room may be answered by a roughly 4-foot-high purple robot on wheels.

Singapore-based Techmetics built the ‘bots. The company boasts that it also “employs” robots in ­casinos and hospitals at over 100 venues.

Two of the robots will serve condo residents and one will be available for hotel guests. The machines are fully automatic, using digital mapping to travel to and from rooms at about three miles per hour. They can even call the elevators. Outside their ­delivery duties, the robots can also act as a guide and escort wayward guests to their ­destinations. So far, they’re unnamed, but YotelPad will soon host a social media ­competition to decide.

“We see these robots like we see our other technology: an ­enhancement that doesn’t go too far,” said David Arditi, the hotel’s developer and principal of Aria Development Group. The ­company’s other South Florida ­projects include the 321 Ocean ­luxury condo on South Beach and the Vista 12 workforce housing building in Little Havana. 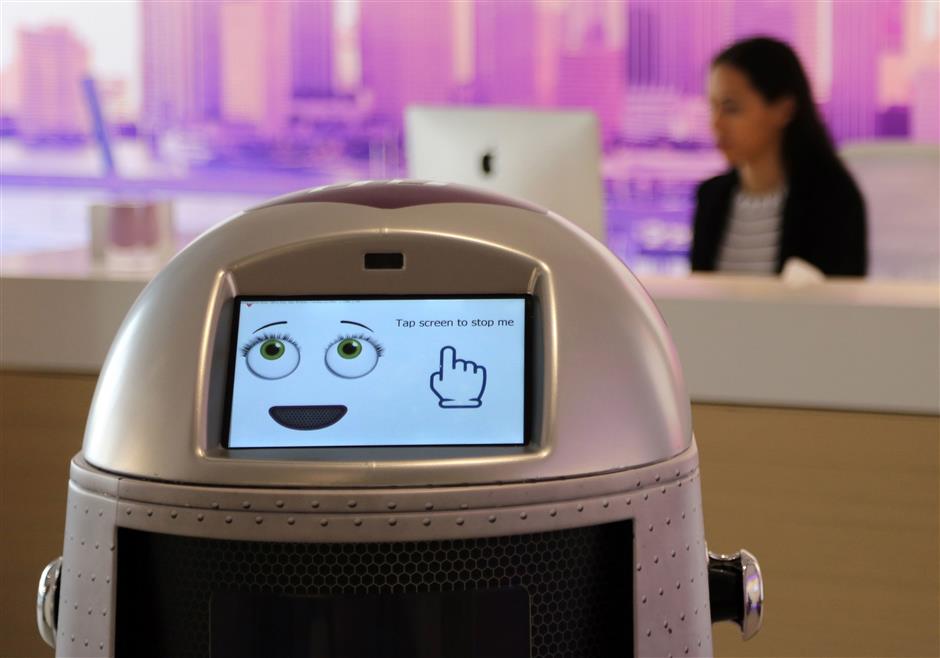 The robots have several different greetings and verbal responses and features a touchscreen with various facial expressions.

Workers should have no fear: Robots aren’t coming to take your jobs, Arditi says.

Other techy features at Yotel will include digital package delivery hubs, transit screens with real-time updates on Metromover and ­ride-share services, and self check-in kiosks.

Miami isn’t the first city to have a robot-inhabited Yotel. Yotel Boston is home to robot butler YO2D2, and the chain has robots at its locations in New York and Singapore, too.

A big hit with the guests

The Starwood Aloft Hotel in Cupertino was the first to employ robot couriers, unveiling two in 2014, said Meghan Wood, editor at Oyster.com. They were a hit: In the first three months, the pair delivered 610 items to guests. Since then, several other hotels have brought in automatons. EMC2, an avant-garde boutique hotel in Chicago, has two. Henn-na Hotel in Japan is the first to be entirely staffed by robots and plans to expand to 100 locations within five years.

Savioke, the Santa-Clara based technology company that built the robots for Starwood, has robots in more than 70 hotels across the world. 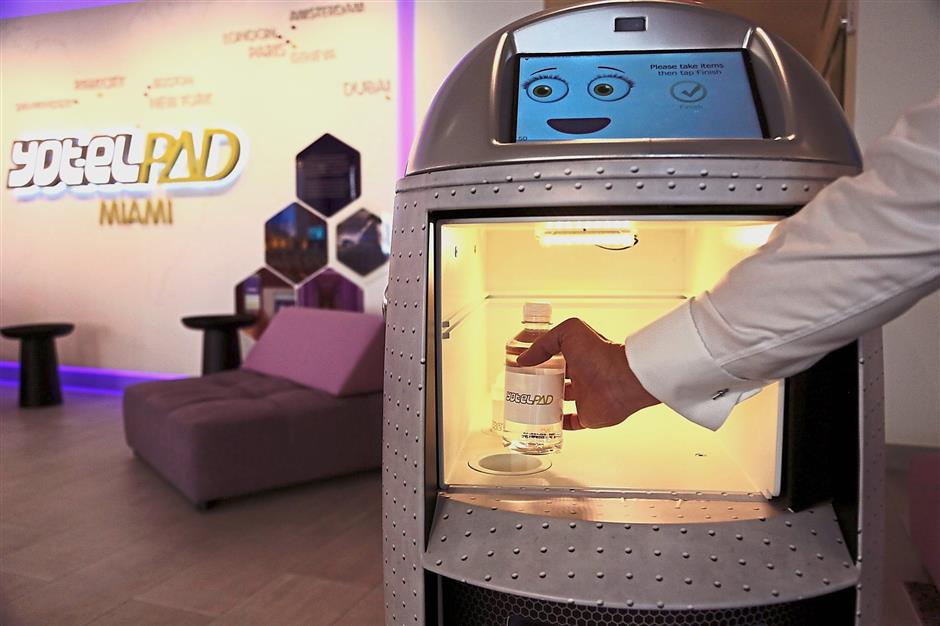 The robot butler can deliver room ­service, play music and even engage in ­conversation.

Wood says robot ­butlers – like iPad ­check-ins – are ­probably here to stay. She points to a 2014 survey by Software Advice that found that 51% of respondents ­preferred a robot deliver items to their rooms over a human.

“Guests at the Residences in LAX were ordering Starbucks to their rooms just to take a selfie with the robot butler,” said Wood.

Miami’s own ­experience with robots, though, hasn’t been great. Brickell robot ­parking garage was a ­disaster, prompting the ­operators to pull out.

Fucci is unfazed, “People love the robots in other hotels. Their success in other locations is a big reason why we have them here.” – Miami Herald/Tribune News Service