In this photo on Thursday, Aug. 23, 2018, in Anchorage, Alaska, Britt'Nee Brower shows an Inupiat coloring book she published and she talks about the new Inupiat Eskimo language option now available for Facebook bookmarks, action buttons. Alaskans made the option a reality through the social media giant's community translation tool. (AP Photo/Rachel D'Oro)

ANCHORAGE, Alaska: Britt’Nee Brower grew up in a largely Inupiat Eskimo town in Alaska’s far north, but English was the only language spoken at home.

Today, she knows a smattering of Inupiaq from childhood language classes at school in the community of Utqiagvik. Brower even published an Inupiaq colouring book last year featuring the names of common animals of the region. But she hopes to someday speak fluently by practicing her ancestral language in a daily, modern setting.

The 29-year-old Anchorage woman has started to do just that with a new Inupiaq language option that recently went live on Facebook for those who employ the social media giant’s community translation tool. Launched a decade ago, the tool has allowed users to translate bookmarks, action buttons and other functions in more than 100 languages around the globe. 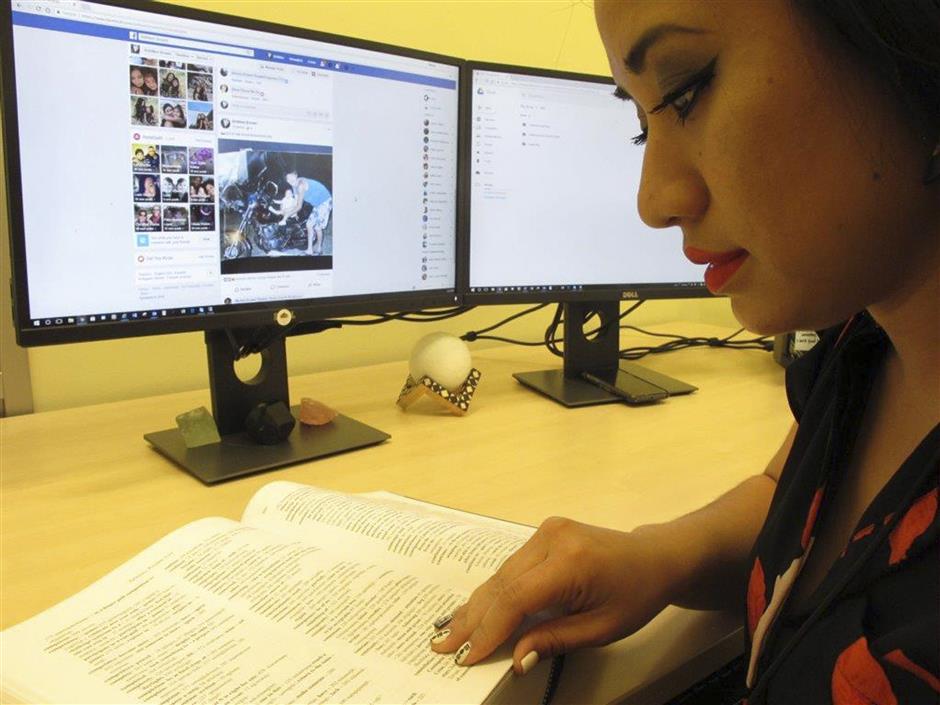 “I was excited,” Brower says of her first time trying the feature, still a work in progress as Inupiaq words are slowly added. “I was thinking, `I’m going to have to bring out my Inupiaq dictionary so I can learn.’ So I did.”

Facebook users can submit requests to translate the site’s vast interface workings – the buttons that allow users to like, comment and navigate the site – into any language through crowdsourcing. With the interface tool, it’s the Facebook users who do the translating of words and short phrases. Words are confirmed through crowd up-and-down voting.

Besides the Inupiaq option, Cherokee and Canada’s Inuktut are other indigenous languages in the process of being translated, according to Facebook spokeswoman Arielle Argyres.

“It’s important to have these indigenous languages on the Internet. Oftentimes they’re nowhere to be found,” she said. “So much is carried through language – tradition, culture – and so in the digital world, being able to translate from that environment is really important.”

The Inupiaq language is spoken in northern Alaska and the Seward Peninsula. According to the University of Alaska Fairbanks, about 13,500 Inupiat live in the state, with about 3,000 speaking the language. 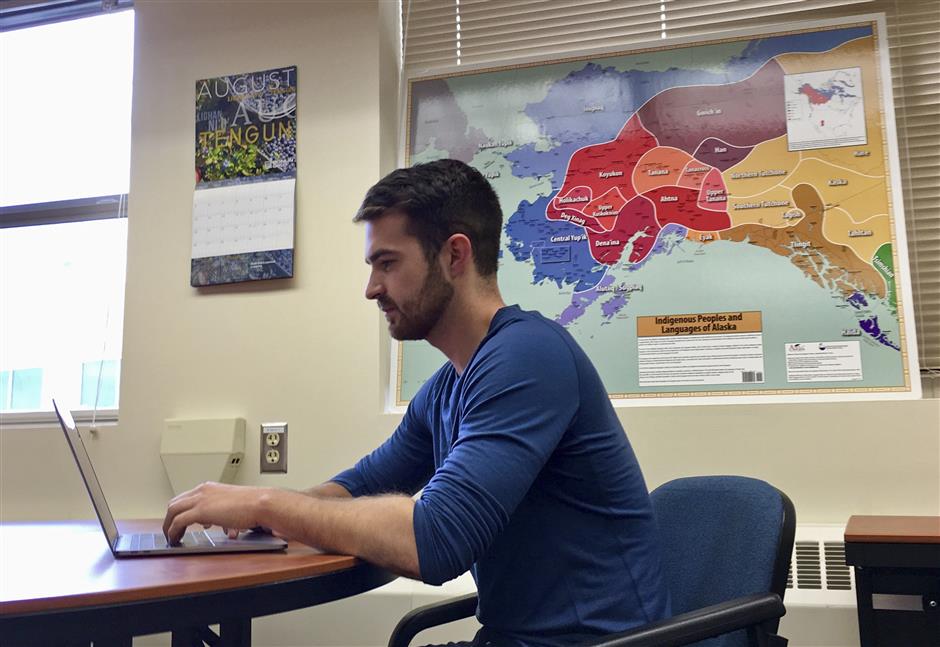 Myles Creed, who grew up in the Inupiat community of Kotzebue, was the driving force in getting Inupiaq added. After researching ways to possibly link an external translation app with Facebook, he reached out to Grant Magdanz, a hometown friend who works as a software engineer in San Francisco. Neither one of them knew about the translation tool when Magdanz contacted Facebook in late 2016 about setting up an Inupiatun option.

Facebook opened a translation portal for the language in March 2017. It was then up to users to provide the translations through crowdsourcing.

Creed, 29, a linguistics graduate student at the University of Victoria in British Columbia, is not Inupiat, and neither is Magdanz, 24. But they grew up around the language and its people, and wanted to promote its use for today’s world.

“I’ve been given so much by the community I grew up in, and I want to be able to give back in some way,” said Creed, who is learning Inupiaq.

Both see the Facebook option as a small step against predictions that Alaska’s Native languages are heading toward extinction under their present rate of decline. 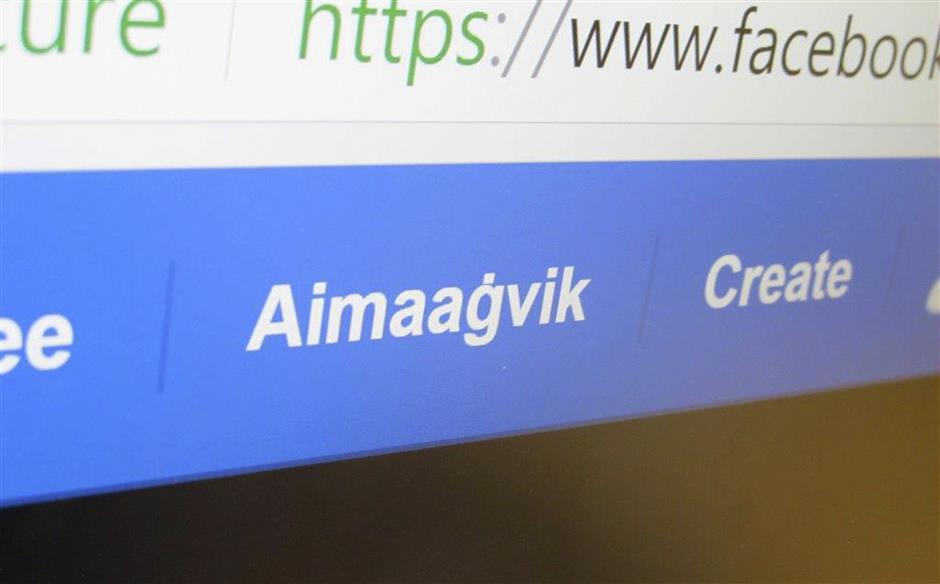 A computer screen with Facebook's new Inupiaq Eskimo language option, which shows the Inupiaq word for home, in Anchorage, Alaska.

“It has to be part of everyone’s daily life. It can’t be this separate thing,” Magdanz said. “People need the ability to speak it in any medium that they use, like they would English or Spanish.”

Initially, Creed relied on volunteer translators, but that didn’t go fast enough. In January, he won a US$2,000 (RM8,248) mini grant from the Alaska Humanities Forum to hire two fluent Inupiat translators. While a language is in the process of being translated, only those who use the translation tool are able to see it.

Creed changed his translation settings last year. But it was only weeks ago that his home button finally said “Aimaagvik”, Inupiaq for home.

“I was really ecstatic,” he said.

So far, only a fraction of the vast interface is in Inupiaq. Part of the holdup is the complexity of finding exact translations, according to the Inupiaq translators who were hired with the grant money.

Take the comment button, which is still in English. There’s no one-word-fits-all in Inupiaq for “comment”, according to translator Pausauraq Jana Harcharek, who heads Inupiaq education for Alaska’s North Slope Borough. Is the word being presented in the form of a question, or a statement or an exclamatory sentence?

“Sometimes it’s so difficult to go from concepts that don’t exist in the language to arriving at a translation that communicates what that particular English word might mean,” Harcharek said. 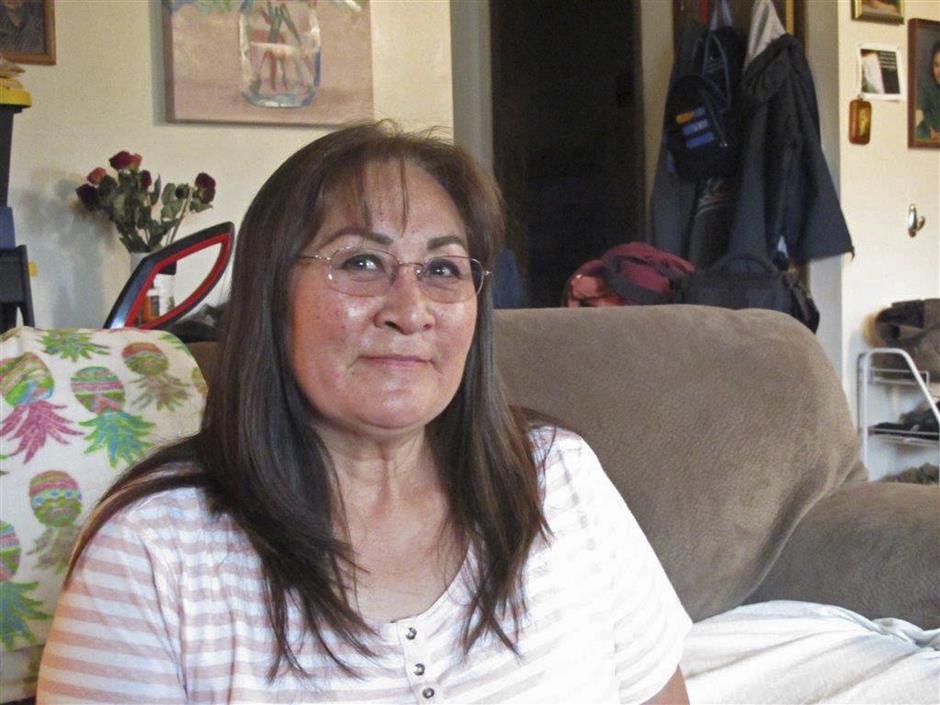 Hopson welcomes the new Facebook option as a promising way for young people to see the value Inupiaq brings as a living language.

The 58-year-old Anchorage woman grew up in the village of Wainwright, where she was raised by her grandparents. Inupiaq was spoken in the home, but it was strictly prohibited at the village school run by the federal Bureau of Indian Affairs, Hopson said.

She wonders if she’s among the last generation of Inupiaq speakers. But she welcomes the new Facebook option as a promising way for young people to see the value Inupiaq brings as a living language.

“Who doesn’t have a Facebook account when you’re a millennial?” she said. “It can only help.” – AP