By The San Diego Union-Tribune 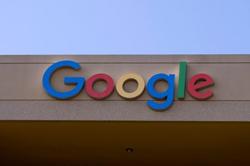 Three recent developments illustrate why so many Americans feel that their privacy is increasingly threatened by institutions using technology. Each raises troubling issues.

Stories about these institutions trying to reassure users that they care about their privacy are so common as to be banal. It's beyond time to ask if they should be believed.

On Aug 6, The Wall Street Journal reported that Facebook “has asked large US banks to share detailed financial information about their customers, including card transactions and checking-account balances, as part of an effort to offer new services to users” – without first securing their customers' permission to access the data.

This is completely contrary to the mea culpas offered by Facebook co-founder Mark Zuckerberg after the Cambridge Analytica scandal was revealed, in which the political consulting firm was given access to the data of as many as 87 million Facebook users without their consent. The people running the world's biggest social media network are steadily losing credibility.

But Facebook is not the only tech behemoth failing users. On Aug 13, The Associated Press reported that Google “wants to know where you go so badly that it records your movements even when you explicitly tell it not to”. Per the AP, many Google services on Android devices and iPhones store your location data “even if you've used a privacy setting that says it will prevent Google from doing so”.

This means the Silicon Valley firm has been lying to – or at least misleading – more than 2 billion owners of iPhones and phones that use Google's Android operating software.

Lastly, and perhaps most disturbing, is this. It's been known for years that US law enforcement authorities use a massive database that tracks the whereabouts of drivers via automated license-plate recognition cameras without their permission. On Aug 10, The Sacramento Bee reported that Sacramento County Department of Human Assistance investigators had used the database more than 1,100 times since June 2016 and found it a valuable tool in exposing welfare fraud. But the county did so without first crafting a formal policy outlining how the technology would be used while still preserving privacy and civil liberties, as it was required to do under state law. That policy was created only after the Electronic Frontier Foundation, a civil liberties group, asked to see it.

An invasive technology used by a government body that appeared unaware of its civil liberties obligations? The obvious question: How many other agencies are similarly blithe about their use of the license plate database and other surveillance tools?

The facile argument often used by those who aren't worried about online privacy is that only people with something to hide have any reason for concern. But a variation of this argument should be used against the institutions that stockpile private information about individuals: If what they are doing is benign, they should be completely transparent about their actions.

That's not close to the present norm. This needs to change. Americans should have no patience with a status quo that is so indifferent to their privacy. – The San Diego Union-Tribune/Tribune News Service