Two women suing Microsoft over gender discrimination did not prove that performance reviews were conducted so uniformly across the company that thousands of other women could join the bias case, a Seattle judge said. (Wellesenterprises/Dreamstime/TNS)

SEATTLE: Two women suing Microsoft over gender discrimination did not prove that performance reviews were conducted so uniformly across the company that thousands of other women could join the bias case, a Seattle judge wrote in a decision released to the public.

A ruling last week from US District Judge James Robart denied the motion to make the suit a class-action, but his written decision was sealed temporarily while Microsoft and lawyers for the plaintiffs redacted sensitive information.

The denial is a big roadblock for the plaintiffs and their lawyers, who were hoping to add more than 8,600 women to the nearly three-year-old lawsuit that alleges widespread gender discrimination across the company. The plaintiffs can appeal the decision or decide to try other individual cases separately while continuing on with the original lawsuit.

“This order really illustrates how difficult it is for a group of employees to really challenge gender discrimination at a company on a class basis,” said Charlotte Garden, an associate professor of law at Seattle University.

A wave of gender-bias lawsuits against companies in the male-dominated tech industry have started to reach critical courtroom stages, with some of the judges' decisions relying on a common precedent.

Class-action status was also denied earlier this week in a gender-bias lawsuit against social-media giant Twitter. The ruling by that San Francisco judge relied on the same previous case cited by Robart: a 2011 Supreme Court decision that rejected a proposed class in a gender-bias case against Walmart. The court said the potential 1.6 million plaintiffs, who worked across the country under different managers, did not have similar enough experiences to be considered a class.

Robart came to a similar conclusion in the Microsoft case. The potential class were all women who held technical roles at the company, but those roles varied quite a bit, as did the locations where they worked, the judge wrote.

The case against Microsoft centres around the company's performance-review system, and claims it allows managers to systemically discriminate against women by paying them less and giving them fewer promotions than male employees.

The current and former employees all were evaluated under the same performance review system, but it was one that left much discretion and latitude to individual managers, the court said. The plaintiffs' experts pointed that out themselves, Robart said – including one expert who said there was a “lack of standardisation in the process”.

The review systems involve several meetings at different levels, including between the employee and her manager, and eventually a group of managers together. Microsoft gave some guidelines for these reviews, but left a lot of decision-making power up to specific managers and groups.

“Because Plaintiffs provide no convincing evidence of 'some glue' holding together the reasons behind the numerous employment decisions they challenge, they have not established a common answer to the question 'why was I disfavoured',” Robart wrote.

The recent group of class-action denials in suits against companies could have big implications in cases trying to prove systemic employment discrimination, said Tristin Green, a professor at University of San Francisco School of Law, who believes judges are applying the Walmart precedent too broadly.

Women can separately pursue discrimination cases, but those individual cases often consider specific managers, rather than the issue of systemic bias, Green said. If the courts aren't considering the systemic question, it becomes easier for companies to avoid broad change across their organisations, she said.

“This is problematic because it's the systemic claims that are more likely to trigger organisational reform, changes in the systems and work cultures that may be keeping women as a group from succeeding at the same rates as men at Microsoft,” she said.

Lawyers for the women suing Microsoft filed a sampling of testimonies from other female employees at the company, including many who said they believed they were discriminated against by being paid less and promoted slower than male peers.

“I frequently observed men with less experience and less technical knowledge than me being promoted above, and instead of, me,” one former program manager wrote. Another former program manager said her manager told her he did not want to “waste” a promotion on her in case she became pregnant. And one woman reported that a male manager told her he had lowered her performance review score because she did not “smile enough” and her team “wasn't fun”.

Robart acknowledged the seriousness of the women's claims. “The court does not, in any way, seek to minimise the gravity of these employees' experiences,” he wrote. “To the contrary, they provide many examples of serious misconduct.”

But they did not show that the company had a pervasive policy of discrimination that affected the thousands of women in the proposed class, the decision says.

Microsoft has acknowledged that there have been cases of gender bias across the large company, but says they are specific to individual managers and not indicative of a wider company practice.

At the same time, Microsoft has focused on remaking the company's culture under CEO Satya Nadella, who took the reins of the company in 2014. Since then, increasing diversity within its ranks has become more of a focal point for the company.

Robart acknowledged this trend in his decision, noting that Nadella has responded to employees and said Microsoft must continue to work to address pay equity issues across the company.

The plaintiffs have until Monday to appeal Robart's class-action decision. — The Seattle Times/Tribune News Service 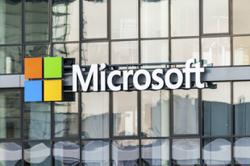 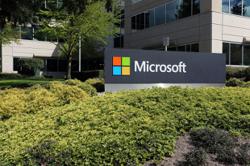 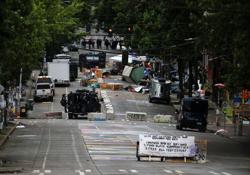