The PillPack Inc. application and website is displayed on an Apple Inc. iPhone and laptop in an arranged photograph taken in Washington, D.C., U.S., on Thursday, June 28, 2018. Amazon.com Inc. agreed to buy the online pharmacy startup PillPack, jumping into the health-care business with a deal that will give the retail giant an immediate nationwide drug network. Photographer: Andrew Harrer/Bloomberg

Amazon.com Inc is buying its way into the heart of the US health-care system, instantly shaking up a prescription-drug industry already in the midst of a broader transformation.

Insurance companies and drug-benefit managers have struck a series of deals in recent months designed in part to thwart a potential big splash in the health world from Amazon. But the online retail giant’s decision to buy online pharmacy PillPack rapidly accelerates the threat posed to entrenched retailers, suppliers and middlemen.

Most immediately, the move represents a formidable challenge to pharmacy chains including Walgreens Boots Alliance Inc and CVS Health Corp, the two largest drugstore chains in the US. Walgreens shares sank 8.5% at 10.49am in New York, while CVS shares shed 8.9%.

Amazon will pay about US$1bil (RM4.03bil) for Boston-based PillPack, according to a person familiar with the matter. The transaction is expected to close in the second half of 2018, according to a statement from the companies.

Amazon chief executive officer Jeff Bezos, after building his brainchild into the world’s biggest online retailer, has been using in-house engineering and acquisitions to infiltrate a growing number of businesses. He took on the US$800bil (RM3.23tril) grocery industry with last year’s purchase of Whole Foods, and broke into consumer electronics with the creation of the Kindle e-reader and Echo voice-controlled speaker.

Bezos already has signalled his frustration with a health-care system characterised by rising costs for consumers and companies, sometimes-poor outcomes, and unnecessary complexity. Earlier this year, he and fellow CEOs Warren Buffett and Jamie Dimon of Berkshire Hathaway Inc and JPMorgan Chase & Co, respectively, agreed to form a new venture to reshape how the companies handle worker health benefits. The entity recently hired celebrated surgeon and health journalist Atul Gawande to steer the effort.

PillPack has mail-order pharmacy licenses in all 50 US states, which could allow Amazon to expand quickly. PillPack also has relationships with most major drug-benefit managers, including Express Scripts and CVS, and says it works with most Medicare Part D drug plans. Those ties will give Amazon access to much of the prescription drug market in the US.

PillPack sells pre-sorted packets of prescriptions drugs, delivering them to customers in their homes. The closely held firm has software that automates many tasks, such as verifying when a refill is due, determining co-pays, and confirming insurance. That eliminates much of the manual work that pharmacists often are saddled with now.

The pact follows months of speculation about Amazon’s plans to get into the pharmacy or drug-distribution business. Despite the retailer’s vast reach, entering the market presented a daunting logistical challenge in terms of licensing and dealing with a range of private and government payers. Acquiring PillPack’s networks helps Amazon surmount those hurdles.

Michael Rea, CEO of Rx Savings Solutions, said PillPack could transform the industry and that employers and health plans would benefit from the deal, which he called a “sign of the times.”

“This move signals just how big of a market opportunity there is to change the pharmacy landscape,” Rea said in an email.

The selloff in drugstore stocks was reminiscent of the food-industry swoon that resulted in June 2017 when Amazon said it was buying Whole Foods Market Inc. Kroger Co, the biggest US supermarket chain, saw US$2bil (RM8.07bil) in market value wiped out in one day. Big packaged food stocks also took a hit.

“When Amazon sneezes, everybody else catches a cold,” said Joseph Feldman, an analyst with Telsey Advisory. “And I think that that’s more likely than not what you’re going to see today.”

Bezos has been thinking about the drug business for nearly two decades; in 1999, Amazon purchased a stake in Drugstore.com. That effort ultimately failed and Walgreens purchased the money-losing startup in 2011 and ultimately shut it down.

Parker will remain with PillPack after the deal closes, according to a person familiar with his plans.

A September 2016 funding round valued the startup at around US$360mil (RM1.45bil), according to venture-capital database PitchBook. In April, Walmart Inc was said to be in talks to buy the company.

For now, Walgreens indicated that it was in no hurry to find a deal to respond to Amazon, despite the damage to its stock. On an earnings conference call, Walgreens CEO Stefano Pessina faced multiple questions from analysts about the PillPack deal.

“It is a declaration of intent from Amazon,” said Pessina.

He said Walgreens knew that PillPack was for sale as “it had been for sale for a while,” but that the retailer wouldn’t do deals based on emotions or make moves that could destroy value. Pessina insisted that physical pharmacies would continue to be “very important.”

The slump in Walgreens shares weighed on the Dow Jones Industrial Average, which added the stock to its index of 30 companies this month, replacing General Electric Co. — Bloomberg 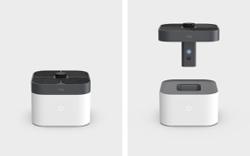 Did I leave the stove on? Amazon’s flying camera can check