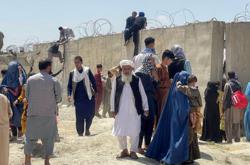 A man bets on the matches of the 2018 FIFA World Cup before the opening match at a sports betting shop in Kampala, Uganda, on June 14, 2018 / AFP PHOTO / Isaac Kasamani

If Ugandan authorities have their way, checking Facebook or Twitter will cost you a few cents a day while a state-procured device scans your computer for pornography.

They’re just some of the measures the government has promised as it seeks extra revenue and tries to curb what it describes as gossip and immorality. Human-rights groups say the social-media tax is the latest attempt to stifle free expression in a country President Yoweri Museveni has ruled with a tight grip for three decades.

The plans for a levy are “nonsense and a thinly veiled effort to penalize social-media users,” Maria Burnett, an associate director at New York-based Human Rights Watch, said in an emailed response to questions.

In a nation where independent media often come under pressure – and where Twitter and other sites were shut down during the 2016 election that returned Museveni to power – there’s scepticism over the motives. Uganda has pushed for contentious legislation before, introducing a bill to impose tougher prison sentences for homosexuality. That was overturned in 2014 after a court ruled the law was irregularly approved and as foreign donors indicated they’d redirect funds away from the government.

The so-called “gossip” tax, passed by parliament and set to take effect July 1, will impose a daily 200-shilling levy on users of Facebook, Twitter, Skype, WhatsApp and Viber. Authorities say it will be collected by mobile-phone operators, who will charge the SIM card used to access the facilities.

Uganda, which has East Africa’s third-largest economy and is preparing for its first oil production, needs the revenue. Museveni has said the tax may bring in as much as 1.4tril shillings (about RM1.44bil) per year, helping bridge a budget deficit projected at 6.2% of GDP in the next financial year and that often relies on donor funding.

Cheap mobile-Internet access and social media give an outlet for discussion and free expression in Uganda, where more than 20% of its 40 million population live in poverty. The median monthly wage is 168,000 shillings (RM173.86), or the equivalent of US$43, according to the Uganda Bureau of Statistics.

Charging users could be a step to stifle growing opposition to Museveni, 73, that’s being expressed on social media, according to Haruna Kanaabi, executive director of the Independent Media Council, a local campaign group.

“The move in my view is suspicious and intended to make the service expensive so that it does not spread easily,” he said. “Phones have become a tool of discussion and easy dissemination of information, which Museveni isn’t very happy about.”

The New York-based Committee to Protect Journalists said in April that the proposed taxes “have the potential to curtail freedom of expression and access to information”.

A mysterious device described by local media as able “to detect deleted or current pornographic materials stored on people’s computers,” it was first promised by authorities in 2016. Ethics Minister Simon Lokodo has said it will tackle “one of the deadliest moral diseases” in the country.

The “majority of office-going people spend much of their time downloading and watching pornographic material,” he was quoted by the Kampala-based Observer newspaper as saying in August as he vowed to tackle the phenomenon.

Authorities have never explained how the device – said by the Observer to cost US$88,000 (RM354,772) – would work. Lokodo told Bloomberg in a phone interview this month that the detector recently arrived, describing it only as a “server” that’s “able to suppress pornographic material”.

Local computer experts dismiss any suggestion a device would be capable of scanning everyone’s computers or phones. It’s possible, though, that the government could work with Internet service providers to block users from accessing online material, said Tonny Ayeni, a software developer at Kampala-based Tack Tech Technologies Ltd.

Victor Kakama, a director at Omnitech Ltd, said that while such filtering by ISPs is plausible, there would be workarounds and it could only limit access, not eliminate it.

The Uganda-based Collaboration on International ICT Policy for East and Southern Africa, which promotes inclusive use of information technology, has warned that the country’s anti-pornography, anti-terrorism and computer-misuse laws are also used to curtail Internet freedoms and justify web surveillance.

Lokodo declined to comment on the device’s cost or say when it will start operations. — Bloomberg