Zara looks to technology to keep up with faster fashion

Inditex, the world's largest clothing retailer and owner of the Zara chain, faces growing competition from younger, online-only players like Boohoo.com and Missguided. Its rivals are churning out clothes at higher speeds – as little as one week from design to point of sale – refreshing their sites daily with hundreds of new items.

In an attempt to keep its edge, the Spanish company is developing new technologies, hooking up with tech firms and hiring talent from start-ups.

The success or failure of such efforts could help determine whether Inditex can adapt to the changing landscape of apparel retail, where Amazon is set to overtake Macy's as the biggest seller of clothing to Americans.

More broadly, it could point to whether the model of combining online sales with a large network of physical stores can ultimately prevail in mass-market fashion, where tailored trousers sell for under €30 euros (RM138) and sequined dresses for under €50 (RM231).

Inditex has an innovation unit, led by former telecoms engineer Alejandro Ferrer and startup founder David Alayon, but has previously revealed little about its work.

The unit is testing ways of improving stock handling. It has hooked up with California-based Fetch Robotics to test robots to work in stock inventory, the company said. It has also partnered with chipmaker Intel on creating devices that can quickly gauge the volume of clothing in boxes.

The unit tests technologies that make the most of an asset new rivals lack – physical stores. Inditex said it was focusing on areas like “location intelligence”, ultrasound technology used to track footfall in stores, as well as virtual assistants to help customers.

Location intelligence allows apps to switch to “instore” mode when a customer enters a store, so the customer can locate products and receive offers.

Executives at Inditex, who are famously tight-lipped and rarely grant interviews, confirmed the tie-ups but said the projects were at the testing stage. The company would not give details, saying it was commercially sensitive information.

Zara pioneered the fast-fashion concept in the 1980s. It was the first to develop a method of quickly reacting to changing trends, using agile supply chains based on sourcing production close to headquarters to speed its “lead times” – from the beginning of the design process to a product reaching stores – to about three weeks.

But fast-growing new entrants to the market, unburdened by large store estates, are bringing production much closer to distribution and continuously refreshing merchandise.

Boohoo.com, founded in the British city of Manchester in 2006, operates on a “test and repeat” model whereby it produces small batches and scales up production on those that sell best. Over half of its products are made in Britain.

The company, whose sales doubled last year, said it had lead times as short as two weeks. Missguided, which is also based in Manchester, has said its lead times can be as little as a week.

Inditex's model is based on sourcing production close to its headquarters in Galicia, northern Spain so orders can quickly be sent to its network of over 7,000 stores worldwide. Its suppliers are mostly in Spain, Portugal, Turkey and Morocco, rather than the traditional Asian manufacturing hubs.

But some new online players are changing the game by bringing manufacturing even closer, with Boohoo.com sourcing over half its products from Britain.

ASOS, a British e-tailer which has many factories in continental Europe, is looking to increase production at home to improve lead times which stand at four to six weeks.

“When it comes to apparel, there's no secret sauce,” said Felipe Caro, a business professor at UCLA Anderson School of Management who wrote a case study on Zara. “To shorten lead times, there's no other way than doing local production.”

Inditex is seeking to integrate online sales with its bricks-and-mortar network by focusing on large, attractive stores where customers might try on items to buy later on computers or smartphones.

In February, the firm hired Sergio Alvarez who co-founded CARTO, a startup focusing on location intelligence, to work in its online business.

Inditex has worked with its alarm provider, Tyco, to incorporate a tiny micro-chip into security tags carrying style and size information about the garment and allowing the company to locate its whereabouts at any point in the supply chain.

When the company released quarterly results this week, Inditex CEO Pablo Isla told analysts that tight control of stock through tagging means more clothing items can be sold at full price as items in stock at a store can be also offered online.

“This is full integration between store and online stock rooms,” he said. — Reuters 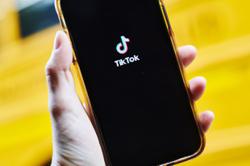 How the US seeks to protect children’s privacy online