If you're keen on installing a dashboard camera, go with a crash cam

Crash cams only start recording for a small window of time in the event of an accident.

Drivers who are interested in recording their commutes or travels with a camera for their car or motorcycle are best off with a so-called "crash cam". These cameras only start recording for a small window of time in the event of an accident.

As Anja Smetanin from the major German automobile club ACE explains, the memory card in these cameras is also constantly being overwritten, so that you don't run out of memory or end up with days and days of footage.

Recordings from dashboard cameras may be used as evidence in court in some countries. However, this doesn't necessarily mean that motorists are allowed to film from their vehicles constantly, as this is still illegal in some jurisdictions.

Some cameras can also be manually switched on to start recording when needed – but, of course, important events may already have happened, explains Dusseldorf-based lawyer Paetrick Sakowski.

Sakowski sees dashboard cameras as a useful device for motorists. "When used in accordance with privacy laws, they are a great way to collect evidence, especially in traffic accident cases where there are no witnesses or conflicting stories," he says.

A good miniature camera is a worthwhile investment for motorists who travel a lot, especially in cities and regions with heavy traffic.

Smetanin also sees the benefits of having a "witness on the windscreen", but says there are some drivers for whom it simply doesn't make sense. In light traffic or for occasional drivers, they are likely not necessary.

"Cameras should help prove who is at fault in the event of an accident," says Smetanin. However, she also points out that one's own recordings can, on a case-by-case basis, be confiscated and used against you in court.

In terms of a camera's installation, the general rules of any retrofit apply: No one should be hampered or endangered by the camera, so they should be mounted outside the field of view. They should also be installed firmly enough that they don't come loose and become a potentially dangerous projectile if a driver hits the brakes.

As with other electronic devices such as phones, motorists should only use cameras held in place with a mounted bracket and not hold one in their hands. Even in a bracket, they should only have to operate the device briefly. — dpa 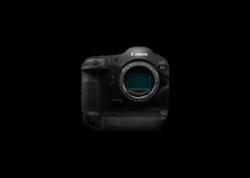