In Japan, new rules may leave home-sharing industry out in the cold

TOKYO: Japan's new home-sharing law was meant to ease a shortage of hotel rooms, bring order to an unregulated market and offer more lodging options for foreign visitors ahead of next year's Rugby World Cup and the 2020 Tokyo Olympics.

Instead, the law is likely to stifle Airbnb Inc and other home-sharing businesses when it is enacted in June and force many homeowners to stop offering their services, renters and experts say.

The “minpaku”, or private temporary lodging law, the first national legal framework for short-term home rental in Asia, limits home-sharing to 180 days a year, a cap some hosts say makes it difficult to turn a profit.

More important, local governments, which have final authority to regulate services in their areas, are imposing even more severe restrictions, citing security or noise concerns.

For example, Tokyo's Chuo ward, home to the tony Ginza shopping district, has banned weekday rentals on grounds that allowing strangers into apartment buildings during the week could be unsafe. 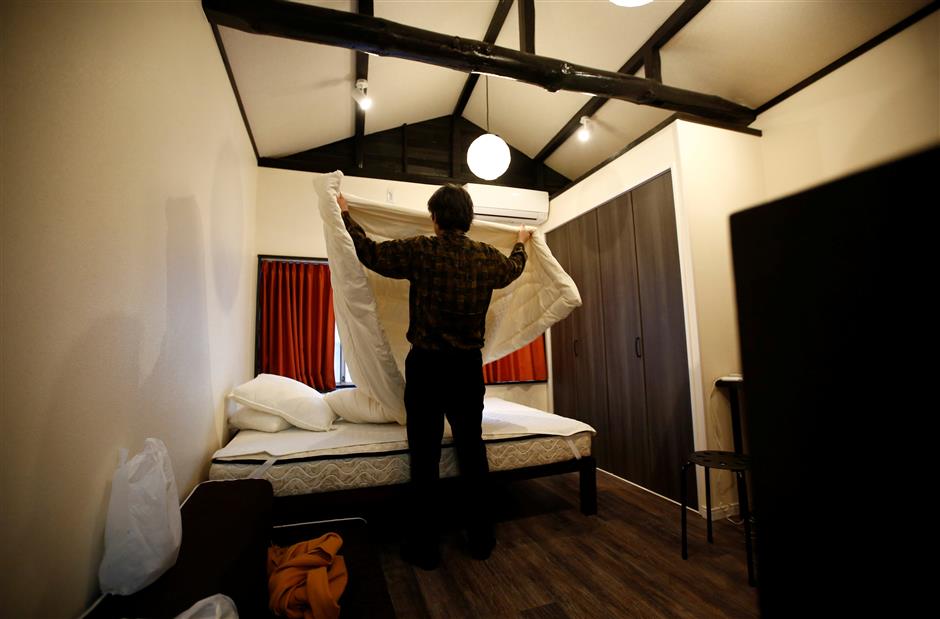 Yasuhiro Inaoka, who manages apartments for owners who provide short-term homestay lodging, arranging a bed after guests checked out at an apartment which is used as Airbnb service in Tokyo. — Reuters

That's a huge disappointment for Airbnb “superhost” Mika, who asked that her last name not be used because home-renting is now officially allowed only in certain zones.

She has enjoyed hosting international visitors in her spare two-bedroom apartment but will stop because her building management has decided to ban the service ahead of the law's enactment.

“I was able to meet many different people I would have not met otherwise,” said Mika, 53, who started renting out her apartment after she used a home-sharing service overseas. “I may sell my condo.”

Mika added that if she were to rent the apartment out on a monthly basis, she would only make one-third of what she does from short-term rentals.

The ancient capital of Kyoto, which draws more than 50 million tourists a year, will allow private lodging in residential areas only between Jan 15 and March 16, avoiding the popular spring and fall tourist seasons.

Similarly, Tokyo's trendy Shibuya ward will permit home-sharing services in residential areas only during school holidays, with certain exceptions, so children won't meet strangers on their way to class.

In short, renters and experts say, the new law is doing more to hurt than help, even as a record 28.7 million tourists flocked to Japan last year, up 19% from the year before. Japan aims to host 40 million foreign tourists a year by 2020.

Yasuhiro Inaoka, who manages about 15 properties for Airbnb hosts in Tokyo, says the net effect of the law is “banning individuals from offering home lodging”.

Central government officials say that excessive local limits could defeat the law's objectives, but that they cannot force local governments to loosen their policies.

“Restricting home rental due to vague concerns that foreigners are unsafe or that it is a strange practice goes against the concept of the new law,” said Soichi Taguchi, an official at the government's Tourism Agency.

The annual cap of 180 days for home sharing and stricter rules set by local governments is a victory for the hotel industry, which opposes private properties being used for tourist accommodation. 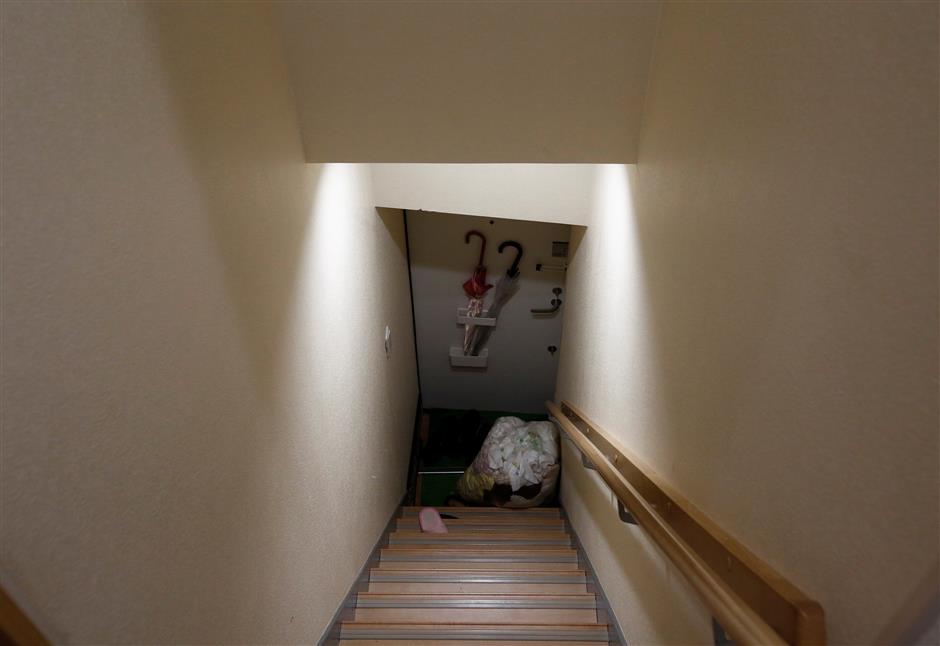 A sack containing laundries is placed on a stair at an apartment which is used as Airbnb service after customers checked out in Tokyo, Japan. — Reuters

“While each city and town is unique, we believe that by following the national recommendations, all Japanese cities and communities will be able to benefit from the growing economic opportunity provided by home sharing and short-term rentals,” said Jake Wilczynski, spokesman for Airbnb in Asia Pacific.

Elsewhere in Asia, Singapore allows home sharing, but requires a minimum period of three months. Two Airbnb hosts were fined S$60,000 (RM177,238) each by a local court in April for unauthorised short-term letting.

Hyakusenrenma Inc, a Japanese rival to Airbnb, has 2,000 listings for its “Stay Japan” service, and online travel agency Booking Holdings's Booking.com and Chinese agents have also entered the Japanese market.

The new law requires home owners to register rental properties for short-term stays with the local government by undergoing fire safety checks and submitting proof that the owner is not mentally disturbed.

San Francisco-based Airbnb said it would obey the new law and remove all the non-compliant listings from its site by June.

But the company is also confident the number of listings will bounce back and eventually exceed the current level because Japan still has a great deal of potential to expand, said country manager Yasuyuki Tanabe.

“We will have clear rules for home lodging, which will encourage more people to list their properties,” Tanabe said.

One alternative for home renters is to apply for a hotel license. That process has been simplified to relax requirements for a reception area and no longer mandate a minimum number of rooms. 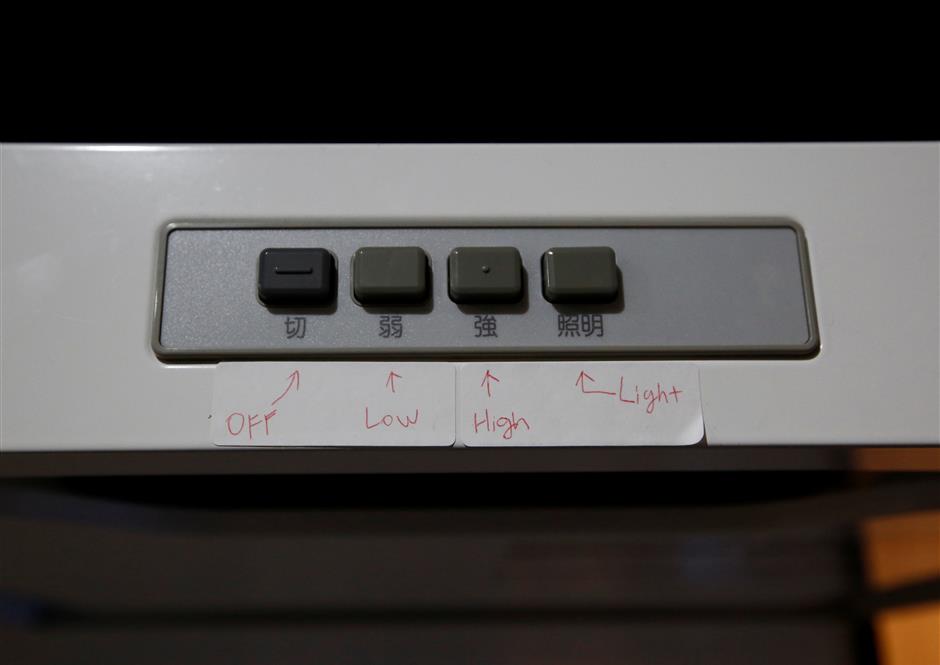 English translations are attached on switches of a fan at an an apartment which is used as Airbnb service in Tokyo, Japan. — Reuters

One 42-year-old man who asked not to be named has gone this route. He stopped renting out Airbnb apartments in Tokyo and instead obtained a license to run a five-room hotel out of a converted traditional wooden “machiya” house in Kyoto.

He still advertises on his property in Kyoto on Airbnb and the hotel license frees him from the 180-day limit.

“With the hotel license I can provide the service all year round,” he said.

But for many, this isn't an option because their buildings won't allow home-sharing at all, regardless of licensing.

When the land ministry asked apartment management unions to decide whether to permit short-term rentals, only 0.3% of them nationwide said they would, according to the Condominium Management Association. — Reuters