A logo sign outside of the headquarters of Google on Jan. 24, 2016 in Mountain View, Calif. (Kristoffer Tripplaar/Sipa USA/TNS)

MOUNTAIN VIEW, California: As a young, female software engineer at male-dominated Google, Loretta Lee was slapped, groped and even had a co-worker pop up from beneath her desk one night and tell her she'd never know what he'd been doing under there, according to a lawsuit filed against the company.

The lawsuit comes as Silicon Valley's tech industry, dominated by white men, has been roiled by a series of sexual-misconduct scandals and gender-related upheavals as the #MeToo movement against sexual assault of women has prompted a nationwide cultural reckoning.

Google has been the focus of considerable gender-related controversy. It fired engineer James Damore over his memo claiming a biological basis for the gender gap in tech. It dismissed a transgender man who then sued the firm, claiming he was ousted for opposing bigotry in the workplace. And lawsuits by the US Department of Labour and a former employee have accused the company of paying women less than men.

She was fired in February 2016 for poor performance, according to the lawsuit.

Google said Friday that it has "strong policies against harassment in the workplace" and reviews every complaint it receives.

"We take action when we find violations, including termination of employment," a company spokesperson said.

Lee started at the company in 2008 in Los Angeles and later switched to the firm's Mountain View campus, according to the suit, which asserts that she "was considered a talented and rising star" who received consistently "excellent" performance reviews.

Lee claims that the "severe and pervasive" sexual harassment she experienced included daily abuse and egregious incidents. In addition to making lewd comments to her and ogling her "constantly," Lee's male co-workers spiked her drinks with whiskey and laughed about it; and shot Nerf balls and darts at her "almost every day," the suit alleges.

One male colleague sent her a text message asking if she wanted a "horizontal hug," while another showed up at her apartment with a bottle of liquor, offering to help her fix a problem with one of her devices, refusing to leave when she asked him to, she alleges.

At a holiday party, Lee "was slapped in the face by an intoxicated male co-worker for no apparent reason," according to the suit.

In January 2016, while working late one night, she was approaching her work space when she saw a male colleague with whom she had never spoken "on all fours, underneath her desk," she claims. When he saw her, the man "jumped up and shouted, 'You'll never know what I was doing!'" according to the suit.

"She was frightened by his comment and believed he may have installed some type of camera or similar device under her desk," the lawsuit states.

The next day, a co-worker grabbed the name badge hanging from a lanyard around her neck, asking her name and grazing her breasts with his hand, she claims.

Lee's superior and the firm's human resources department learned of that incident and repeatedly tried to persuade her to report the alleged groper, but she resisted out of fear of being ostracised as an "informer," she claims. After she was written up for being uncooperative, she relented and reported the man, but HR found her claims "unsubstantiated," according to the suit.

"This emboldened her colleagues to continue their inappropriate behaviour," the suit says.

Her fear of being ostracised was realised, she claims, with co-workers refusing to approve her code in spite of her diligent work on it. Not getting her code approved led to her being "labelled as a 'poor performer,' " the suit says.

Lee also alleges that Google would not accommodate her after she suffered a disabling back injury from a car crash, with the company telling her she must get treatment and therapy on her own time. 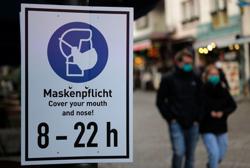