The old-fashioned wristwatch isn't ready for the museum just yet 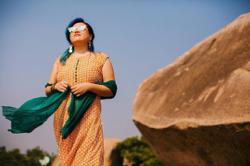 A watchmaker working on a piece for MB&F, a Swiss company specialising in exclusive mechanical wristwatches. The company produced less than 300 watches last year. — MB&F/dpa

When the master watchmakers of the MB&F workshop in Geneva, Switzerland work on their creations, time itself plays little part. Last year the company made just 245 timepieces.

"Behind each piece there are three years of design and each piece consists of 300 to 600 components," says Maximilian Buesser, founder of the firm which produces exclusive and expensive mechanical wristwatches and timepieces.

But in this age of smartphones and smartwatches, isn't the traditional wristwatch finished? "If I were in the price range of €300 to €500 (RM1,456 to RM2,427), I would be in a panic because I see virtually no future," Buesser says.

Young people today, if they wear a watch at all, are more likely to be wearing a smartwatch than an old-style wristwatch. These are effectively mini-computers that can be used for gathering fitness data, sending and receiving messages and other tasks, including telling the time.

Yet there are no alarm bells ringing at the Association of the Swiss Watch Industry. "So far one can't say that smartwatches are affecting the business of other watches," says the association's president Jean-Daniel Pasche.

Switzerland of course is famous for its many high value watch makers such as Rolex, Omega, Baume & Mercier and Piaget. Thirty percent of Swiss watches are still mechanical, meaning they have cogs and springs and have to be wound by hand or some form of energy.

Such watches are much more expensive than electronic watches. For that reason mechanical watches account for 80% of Switzerland's export earnings, Pasche says.

Some of the high-end manufacturers are attempting a balancing act with wrist watches that look traditional but offer smart functions, for example the Connected watch from Tag Heuer, which costs several thousand euros.

However, Buesser remains committed to tradition. "There are two things smartwatches can never give us: a piece of art on the arm that has soul, and status. That will save our industry," he says.

His factory with its two dozen employees and the conscious decision not to expand further is upholding a centuries old tradition. "To transform this art, steel and brass into time – awesome," he enthuses. 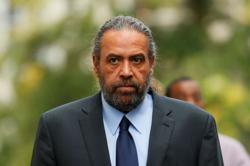