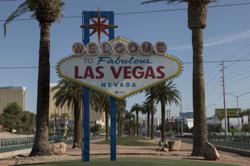 The publisher of a new virtual reality book series for kids is among exhibitors at the Consumer Electronics Show in Las Vegas this week, showing its approach to "next generation" storytelling.

The Quantum Storey Company launched its series, called Operation You, in select retailers in the US late last year. The name is a nod to what the publisher calls the "self-directed action" offered by its books, which combine traditional print with augmented reality (AR) and virtual reality (AR) technologies.