At a crossroads: Samsung and Apple may be sworn competitors now, but analysts say the South Korean firm's future may more closely resemble that of Intel's than Apple's.

Samsung furthered its chances to get out of paying Apple almost US$400mil (RM1.71bil) according to a federal judge's latest ruling in the ongoing Apple vs Samsung case accusing Samsung of copying iPhone patents.

US District Judge Lucy Koh in a ruling released late on July 28 said Samsung did not forfeit its ability to argue it should only pay damages based on the value of specific patents Apple accuses it of copying, instead of the value the entire smartphone, if the court finds Samsung infringed.

Koh's ruling comes after Apple won a series of appeals that left Samsung on the hook to pay Apple the total profit of smartphones the lower court ruled copy iPhone design patents. That verdict by the US Federal Circuit Court of Appeals was based on a 19th-century law that entitles design patent holders to total profit "disgorgement" from the product copying the design elements, or the "article of manufacture."

Samsung appealed the ruling to the Supreme Court, and in December justices ruled unanimously that the definition of "article of manufacture" does not mean the entire product, and that design patent holders are only entitled to damages equal to the value of the specific copied features. In this case, the iPhone's rounded corners, front face and grid, of app icons.

But the nation's highest court stopped short of designing a test to determine what an article of manufacture is and ruling whether Samsung infringed on any of Apple's. Instead it sent the case back down to the Federal Circuit Court of Appeals, which sent it back down to the US District Court for the Northern District of California – where the case began in 2011 – and to the Judge who initially presided over it – Koh.

In its first argument back at Koh's court Apple said Samsung neglected to argue in the lower courts the "article of manufacture" conclusion the Supreme Court eventually came to, choosing instead to focus its defence on questioning the validity of Apple's patents and attempting to show it didn't violate them.

Koh dismissed that argument Friday, and cited examples in which Samsung raised the "article of manufacture issue" as early as 2012, when it filed a brief saying the law in question "require[s] that profits disgorgement be limited to the 'article of manufacture' to which a patented design is applied" and that Apple's attempt to get "all of Samsung's profits from sales of the accused phones and tablets" would amount to an unfair "windfall."

The South Korean smartphone maker brought the issue up again a month later, writing "Apple [has not] made any effort to limit the profits it's seeking to the article to which the design is applied." Samsung even raised the issue in its instructions to the jury, suggesting that if they found Samsung did infringe, they "should award only those profits which were derived from the article of manufacture to which Apple's patented design was applied."

Koh's findings mean Samsung has a chance to argue against paying Apple US$399mil (RM1.70bil) in infringement damages. But before the case can proceed, the judge wants both Apple and Samsung to propose a legal test to determine what is the "article of manufacture," and lays out a series of questions she wants both parties to answer.

Despite whatever test the court chooses to adopt, the Supreme Court's disinclination to design the test itself could send it straight back up the ladder of appeal, according to patent expert and Foss Patents blogger Florian Mueller.

"Whoever will lose the next round is going to appeal the test Judge Koh will adopt and/or the decision she makes on the burden of proof," Mueller wrote. — Tribune News Service 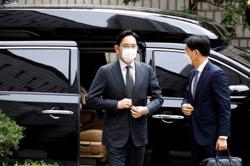 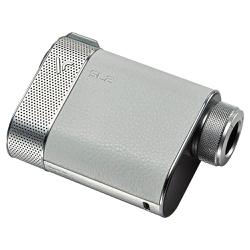