Mimos Bhd’s latest creation, the Mi–Mist (Mimos Internet Services of Things) platform aims to be universal connector for devices in the IoT (Internet of Things) ecosystem.


IoT refers to the internetworking of connected devices  – such as home appliances, devices, buildings, sensors and actuators.


The devices collect data from our surroundings which will then be converted into meaningful information such as weather patterns, air quality and temperature.


“When the devices react to the environment, data will be captured, transferred and transformed into new information and knowledge, which can be utilised in various applications such as automated home appliances, smart homes, smart farming and smart manufacturing,” said Mimos chief technology officer Thillai Raj.


However, IoT implementations are tough, due the complex system integration involved.


“In most cases, the data obtained is not integrated due to multiple standards, formats, and protocols,” said Thillai, adding that different manufacturers have their own proprietary standards.


This leads to a serious problem where the devices from different manufacturers often do not “talk to each other” according to Thillai.


“Take languages for example. In Malaysia, we speak multiple languages and the same goes for machines and applications. There is a need for platforms to speak in a single language for everything to work together in IoT, and that led to the creation of Mi–Mist.”


By allowing the devices to talk to each other, Mi Mist helps speed up IoT deployment.


“This also reduces market entry barriers by decreasing application development cost and services for IoT players, according to Thillai.


“We designed and built the Mi–Mist as a platform within our complete software solution stack, which also includes Big Data Analytics, cloud computing, security, artificial intelligence and enterprise systems.”


Mi–Mist is currently being used in tracking the export of Musang King durians and birds nests to China. 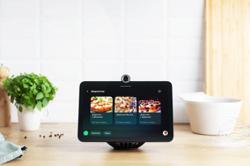