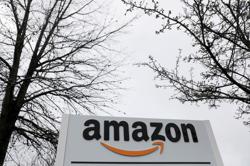 IT’S not every day you read about a 12-year-old who has created something that could change lives. So when news about American tween Emma Yang started popping up on newsfeeds recently, we sat up and took notice.

Yang is a regular 8th grader from the Brearley School in New York, United States, who would like to study computer science, artificial intelligence and machine learning. She is especially interested in the intersection between health care, biology and computer science and hopes to someday pursue a career through which she can apply that interest to solve real world problems.

But why wait for someday? She’s already doing that right now.

Yang is in the midst of finalising her work on an app that will assist people stricken with Alzheimer’s Disease.

The app, called Timeless, is arguably the first of its kind; it addresses problems of memory loss and confusion, and enables users to keep track of things (such as phone calls made); prompts users with questions and uses tools such as facial recognition to help users identify people around them. The user can call and text through the app and will be notified if they repeatedly contact a person with the same message.

The AI-based facial recognition platform in Timeless allows the user to take a photo of a person – the app then compares it with a database of stored photos and identifies who the person is. Using this method, a user can almost immediately recognise someone in front of them. Yang said: “This solves a common problem among Alzheimer’s patients – forgetting who their family and friends are, or not being able to recognise them.”

The concept behind Yang’s idea is to allow technology to solve problems that we cannot solve ourselves.

Her tools may have been technology, but Yang’s vision to create came from her own concern and love for her grandmother who lives in Hong Kong.

“My grandmother is in her 80s. I call her every so often and we send her photos,” says Yang, via an email interview, which she promptly and courteously offered to do when contacted via her website, ­emmayang.com.

“I came up with the features on the app based on my personal experience with my grandma. Knowing personally how difficult it was for her and my family gave me a unique perspective on the problem and let me come up features that I hope can be a comprehensive solution to those suffering from Alzheimer’s.”

Yang is an only child, her dad is a software engineer and her mum, a trained mathematician, works in Marketing and Innovation. She was born and lived in Hong Kong for 10 years, and has mixed parentage from China, Vietnam, Indonesia. She moved to New York City in 2014.

In June this year, during CE Week, she was named one of New York’s 10 Under 20 Young Innovators to Watch.

Yang began coding at the age of eight.

“I started with Scratch, a block­based programming language for kids, then learned HTML/CSS web development, Java, and MIT App Inventor, and iOS mobile development in Swift. Timeless is the first mobile app I built from the ground up,” Yang shared. It was developed using Swift, Xcode, Sketch, Flinto and UI Kits from UI8.net.

Yang says it was her dad who introduced her to coding.

“He also helped me with some of the technical sides of the Timeless project,” she said. “I am fortunate to also have a team of mentors at Kairos, a startup in Miami that developed the platform that I’m using to implement the facial recognition aspect of the app. Kairos also kindly gave me a ­premium version of their platform.”

Currently, she has a prototype of the app, and is actively working on a functioning version so that she will be able to release it and start soliciting feedback from real patients.

While engineering the app, she consulted with Dr. Melissa Kramps, a specialist in the Alzheimer’s Disease & Memory Disorders Program at the New York­ Presbyterian Weill Cornell Medical Center.

Once it’s good to go, Yang hopes to put the app on the App Store and make it ­available for Alzheimer’s patients.

She is surprised and grateful for the ­attention that Timeless has been getting. “I definitely knew that I was creating ­something that hadn’t been done before, but I didn’t think it would get so much ­attention,” she said, adding that both her parents are very proud of the app and ­really hope that it will help many people with dementia.

How does one so young like Yang become so formidable and fearless when it comes to technology?

Yang says she is truly passionate about how impactful technology can be on other people’s lives.

“Knowing that my work can change ­people’s lives is what gives me the confidence to take on my project. I want to use my passion to help Alzheimer’s patients like my grandmother live better daily lives.” 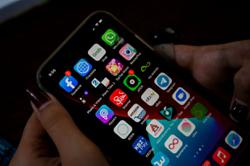