Think before you sext: new US study reveals one in four shares sexual messages

New US research has revealed that despite our expectation that the intimate "sexts" we send will remain private, nearly one in four Americans are sharing the sexual messages that they receive.

Public concern about sexting has grown in recent years, however there has been little research so far to assess whether this concern is justified.

To look into the area further a team of researchers from Indiana University surveyed a national sample of 5,805 single adults aged between 21 to 75, looking at their sexting practices, with sexting defined in the study as the sending and receiving of both sexual images and messages via a cellphone or other electronic device.

Sexting was more common among younger individuals, and men were 1.5 times more likely than women to send a sext. The majority of sexting happens between couples, with 66% of men and 78% of women participating in sexting in order to flirt with their partner.

When it came to respecting the privacy of these sexts however, 23% reported having shared photos with others, despite the majority of those surveyed, 73%, reporting that they were uncomfortable with their sexts being shared. Sexts were also shared with an average of more than three friends.

In addition the report also revealed that women were more likely than men to be upset by their sexts having been shared, with men nearly twice as likely to be the ones sharing. Between 60% and 74% of participants also reported that they believe sexting could hurt their reputation, career, self-esteem, or relationships. The older the person, the more risk they associated with sexting.

"But the real risk is not the sending of sexual messages and images per se, but rather the nonconsensual distribution of those materials to other parties. As sexting becomes more common and normative, we're seeing a contemporary struggle as men and women attempt to reconcile digital eroticism with real-world consequences," he added. 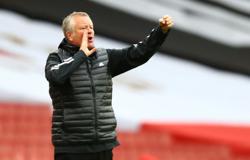