BEIJING: In a martial artist’s white silk pyjamas, a man practised tai-chi in harmony with a motorised arm at a Beijing exhibition showcasing a vision of robots with Chinese characteristics.

The push has support at the highest levels of government. President Xi Jinping issued a letter of congratulations for the conference, and the industry is name-checked in the draft version of the country’s new five-year plan, the policy document that guides national economic development.

The world’s second-largest economy is already the leading market for industrial robots, accounting for a quarter of global sales, according to the International Federation of Robotics. 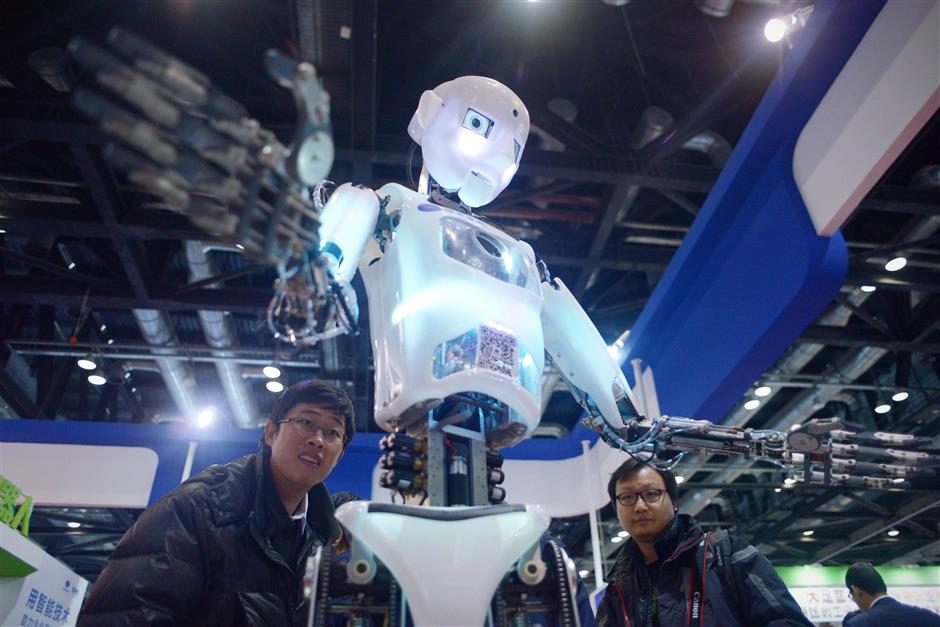 Visitors watching a robot demonstration during the World Robot Conference in Beijing. — AFP

But executives at a conference roundtable said the real market opportunity was in service robots for the homes and offices of the world’s most populous country.

“There are now less than 100,000 robots in Chinese families, not including vacuum cleaners,” said Liu Xuenan, chief executive officer of Canbot.

In the future, said Yu Kai, the head of Horizon Robotics, China’s automated helpers will do everything from building cars to driving them, predicting that “each person might have 10 robots” – nearly 14 billion potential tin men at current population levels.

Planet of the Apps

A panel at the conference struggled with the question of how China would deal with the rise of artificially intelligent machines. 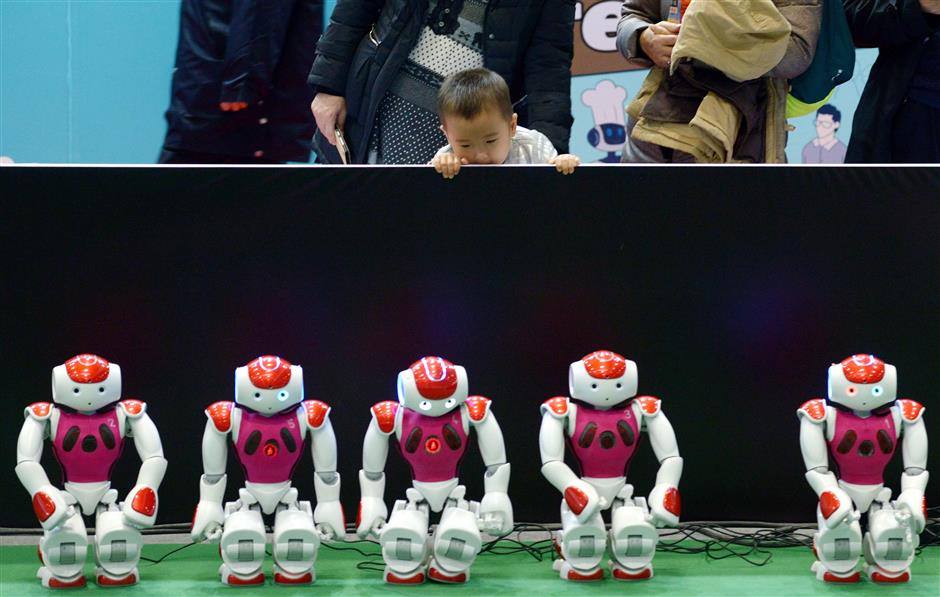 Making the leap from fantasy and novelty to a real robot economy could tricky given the fact that China's technology still lags behind that of market leaders like Japan. — AFP

But the transition from the world of fantasy and novelty to a real robot economy could be tricky, with the country’s technology still lagging far behind neighbours Korea and Japan, the undisputed king of the robots.

China should have more realistic expectations for the near future, said Pinpin Zhu, president of China’s voice controlled service Xiao I Robot, which was involved in a patent dispute with American tech giant Apple linked to its personal digital assistant Siri.

The country may descend from the peak of high expectations into a “trough of disillusionment”, said Zhu, who believes a smartphone-based “Planet of the Apps” is more likely than a world served by humanoid robots.

Some companies, he said, were focusing on more realistic products, such as “trying to modify the microwave oven into a robot that can fry eggs... maybe it doesn’t look like a robot, but it has artificial intelligence.”

Skynet, the malicious computer that rains nuclear destruction on the Earth in the Terminator series of movies, remains a far distant prospect.

A badminton-playing robot on display at the conference could barely defend against a small boy’s serve, much less trigger the apocalypse.

And for China to lead the robot revolution, it will have to do more than design machines able to beat children at lawn sports – it will also have to overcome what many experts see as a penchant for mechanistic copying.

The Chinese vision of the future on display in the cavernous exhibition hall had a distinct whiff of the past. 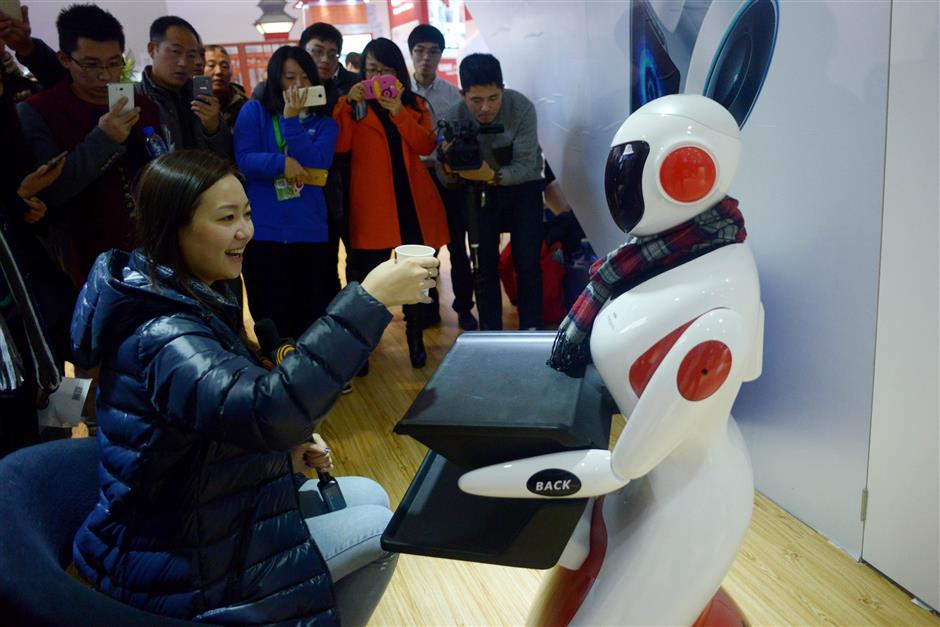 Robotic butlers and other service robots for the home and office is where the real market opportunity is, executives at a conference roundtable said. — AFP

Most of the remaining displays were heavy industry mechanical arms, leavened with robotic butlers reminiscent of a 1980s movie.

But manufacturers are making rapid progress, said Toshio Fukuda, an expert on robotics at Japan’s Nagoya University, adding that imitation was a way-station on the road to innovation.

“In the beginning, you just make a copy. There’s no creativity,” he said, noting that Japan too was once criticised for having a copycat culture.

“It’s a process. They have to improve.”

Asked about the possibility of future robots turning against their masters and taking over the world, he laughed.