Social media storm in a teacup: A person using a smartphone to look at the Facebook page of Cambodia's Prime Minister Hun Sen in central Phnom Penh, Cambodia. Activists worry that the Cambodian government's new social media focus is not just about using it, but controlling it.

PHNOM PENH: Cambodia's Prime Minister Hun Sen is taking a belated leap into the digital age in a bid to court young, urban voters as he tries to fend off unprecedented competition from the opposition after three decades in power.

The former Khmer Rouge soldier has started to enthusiastically embrace Facebook for the first time, coming round to the platform after almost losing a 2013 election when the opposition won a surge of support online.

The self-styled "strongman" has until recently denied using Facebook, but when an account bearing his name received its millionth "like" last month, he finally admitted it was his, coinciding with the government's moves to ramp-up its cyber presence.

"He uses his own messages to reach out to people and to answer questions people want to ask him," said government spokesmen Phay Siphan, when asked why Hun Sen started using Facebook.

Seventy percent of Cambodia's 15 million population are under 30 years of age, while nine million of its citizens use the Internet.

Hun Sen's Facebook, which how has 1.2 million "likes", carries images and videos of new infrastructure and credits him with Cambodia's speedy economic development.

Some of the 63-year-old's most recent activities were sharing links to what he says are his favourite TV shows, Cambodian Idol and The Voice – local spin-offs of hit US talent contests.

In June, Sen's government held two mandatory classes for 400 heads of Phnom Penh schools, which included showing them how to get Facebook accounts and write supportive messages for the ruling Cambodian People's Party (CPP), according to people who attended the sessions.

Lesson materials obtained by Reuters included instructions on accessing and linking to social media accounts and websites of the CPP and its youth wing, while teachers were urged to try and defend the government from negative messages online.

"We must promote what's really happening, about what government has really done," said Huot Yary, head of the capital's education department, recalling instructions during the classes.

Political analysts say the CPP is trying to counter a swell of online criticism since the last election, when the Cambodia National Rescue Party (CNRP) carved off a chunk of CPP's house majority, winning 55 seats to CPP's 68, down from 90 before.

Part of the opposition's gains were due to rapid online courting of young, urban Cambodians angered by issues like forced evictions, low factory wages and state graft.

There are concerns, however, that the government's new social media focus is not just about using it, but controlling it. The creation of Internet laws and a cyber crime task force are being considered and some critics fear the real aim is to intimidate opponents and block-out dissent.

Independent political experts forecast the 2018 election to be the closest ever in Cambodia and say the CPP has realised the battleground will now be on social media.

"It is scrambling to enter the digital age and counter the active opposition presence online," said Sebastian Strangio, a journalist and author of the book, Hun Sen's Cambodia.

Many in Cambodia's younger generation doubt though that the government's bulked up online presence will have much sway on their opinions.

"There are all sides of information available now already, and youths know a lot – we have education," said 21-year-old university student Kim Hong. — Reuters 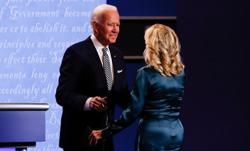