EYE IN THE SKY: Indonesian transportation agency officials monitoring a big screen showing all surveillance cameras at their command post in Jakarta, to observe the condition of main roads, airports, train stations and sea ports being used by Indonesians to "balik kampung" for Hari Raya celebrations.

JAKARTA: From drones to smartphone apps, Indonesia is harnessing technology to tackle traffic chaos during the annual mass exodus before the Muslim Eid holiday, when the potholed roads of overpopulated Java become clogged with millions of slow-moving cars and crashes are frequent.

Cities in the world’s most populous Muslim-majority country empty every year at the end of the holy month of Ramadan as people head to villages to celebrate Eid with their families.

This trip is an annual ritual known locally as “mudik” that transforms journeys of a few hundred kilometres (miles) into 24-hour odysseys.

The crush is particularly acute on Java, a crowded island that is home to more than half of Indonesia’s 250 million people.

Hundreds of new vehicles are hitting the road every day as the economy booms, but scant investment means many routes remain as they have for years – narrow, ageing roads snaking through mountainous terrain. “Mentally, we are prepared,” said Astri Wahyuni, who was gearing up to travel to a village in central Java from the capital Jakarta with her husband and two young children for Eid, which is expected to fall on July 17. The journey normally takes as little as five hours – but in the run-up to Eid, it can last 25.

This year, however, a series of new technological tools are being rolled out in an attempt to ease the traffic chaos.

In Jakarta – an overcrowded, grim metropolis that suffers notorious traffic jams which only get worse in the run-up to Eid – police have deployed drones for the first time this year to monitor traffic as it floods out of the city.

The unmanned aerial vehicles whizz high above the outskirts of the city, which has a population of about 10 million, with images relayed in real-time back to a traffic-monitoring centre where police can make quick decisions as issues arise.

“If there’s bad traffic, if there’s an accident, we’ll be able to see it from above,” Jakarta police spokesman Muhammad Iqbal told AFP.

Police have also launched a smartphone app that allows drivers to access the police CCTV network via their handsets and check traffic conditions on vital motorways.

It will face stiff competition from a series of specialised “mudik” apps launched in time for the annual holiday, with technology companies seeking to capitalise on the growing popularity of smartphones as cheaper models flood the market and incomes rise.

Services such as Ayo Mudik and Media Mudik help locate the nearest mosque and inform drivers when they should start fasting, a requirement for Muslims during daylight hours in Ramadan. 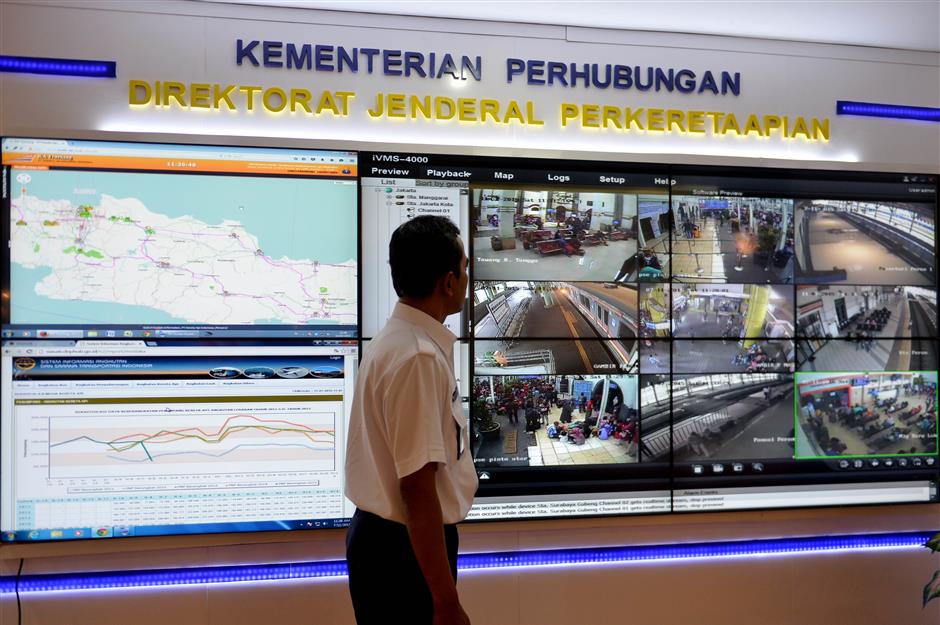 HIGH TECH: From drones spotting car accidents to smartphone apps guiding drivers through traffic jams, Indonesians are harnessing technology this year as they head home to their villages in droves to celebrate the Muslim holiday of Eid. – AFP

And those wanting to document their “mudik” in pictures can download Instadeen, which allows users to add religious text or Quranic verses to their photos before posting them online.

Shinta Dhanuwardoyo, the founder and CEO of Indonesian digital media agency Bubu, said tech entrepreneurs were being creative, developing apps tailored to the particular characteristics of the country’s mass exodus.

“These apps may not necessarily work in other countries, it’s very localised,” she said.

Despite the technical innovations, there was little sign “mudik” in 2015 was any different from previous years, with hours-long queues on major routes and reports of scores of people killed in crashes since the weekend, when the exodus began.

To stand any chance of seriously reducing the chaos, observers say major investment in public transport and infrastructure is needed, something that new President Joko Widodo has pledged but which has yet to materialise.

Some don’t want to see an end to the chaos, however, and believe sitting in hours-long traffic jams is all part of the festive spirit.

“You can enjoy the trip, making memories with your family,” Wahyuni said.

“That is something you cannot replace with social media, I think, the uniqueness of the ‘mudik’ tradition itself.” – AFP