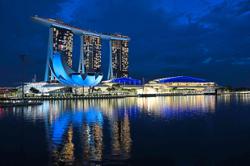 1 Your choice: Most PS4 games get the same release date, whether in digital and physical format.2 The file size for videogames will increase as gamers demand better looking titles. The highly popular Witcher 3 is 21.8GB.3 Yap says digital downloads will likely overtake games bought from stores in three to five years.4 The lack of high-speed broadband in some areas is what makes physical games more appealing.5 Gamer’s Hideout has diversified to counter the drop in sales due to digital downloads.6 Call of Duty: Modern Warfare 3 earned more in its first five days of release than Christopher Nolan’s The Dark Knight.

As more gamers go digital, what will be the fate of videogame stores?

“For the older generation of gamers, using real money to buy virtual items isn't something to be proud of, but younger gamers don't mind spending a lot of money on digital items just to make their game characters look cool," says Eddy Yap, co-owner of local videogame store Gamer's Hideout. 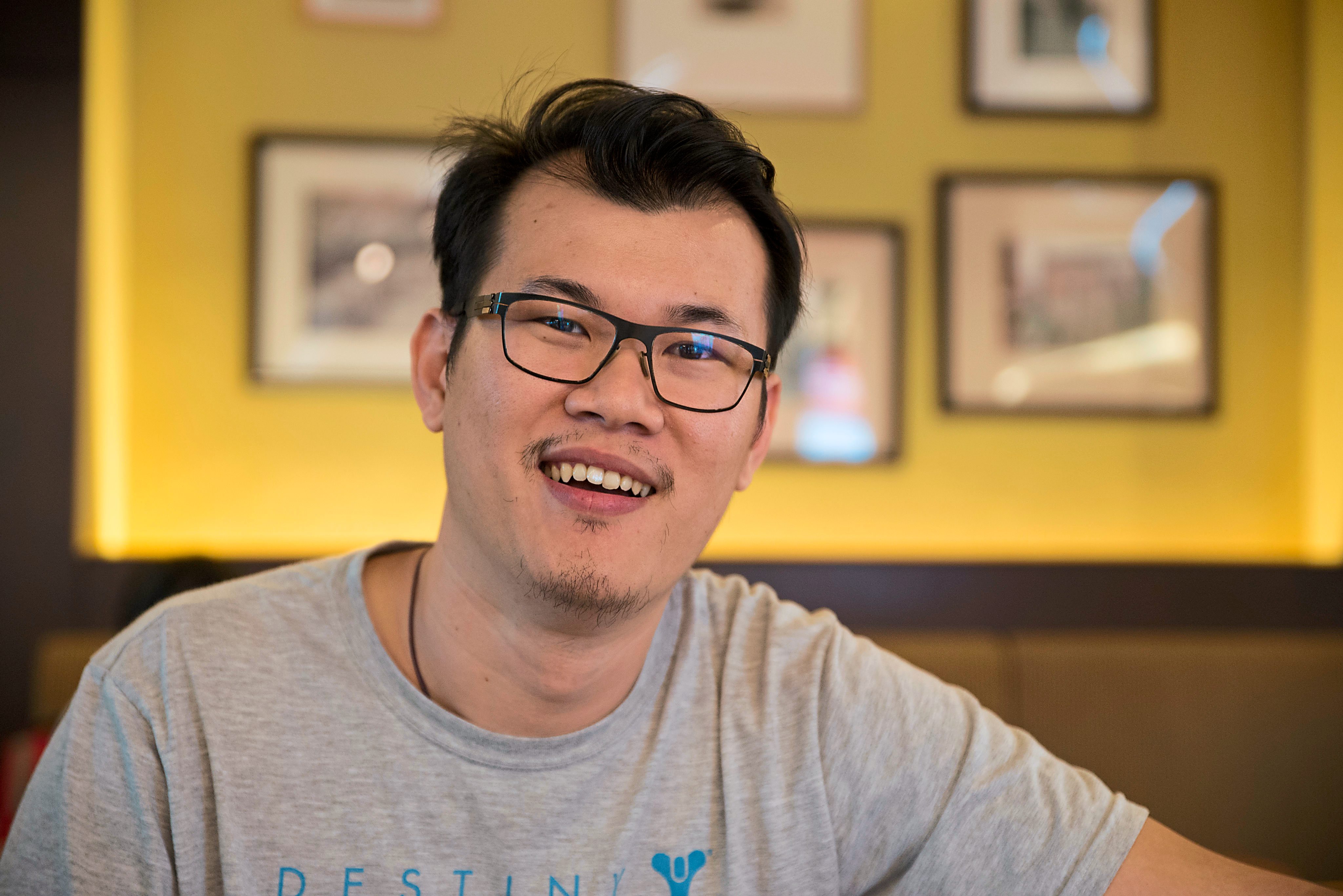 The increased uptake in digital goods comes naturally to young ­gamers who have grown up on a ­staple of digital services such as music downloads, but it could spell the doom of traditional videogame stores.

Indeed, while local game stores are still doing well, both Yap and Stevie Lin, owner and director of Heavy Arm game shop, feel that the writing is on the wall for outlets that rely on just selling physical copies of games.

The change in buying habit comes at a time when the videogame ­industry is at its peak. According to a 2014 report by the US videogame trade association Entertainment Software Association, the videogame industry grew four times faster than the US economy from 2009 to 2012.And a high-profile game can easily make more money than even a Hollywood blockbuster movie.

Yet brick-and-mortar stores in the United States and Britain are seeing declines in profits with specialist outlets like Gamestation having to shutter its shops. BROWSING: The lack of high-speed broadband in some areas is what makes physical games more appealing. – TAN KIT HOONG/The Star

Sales of physical copies have been on a steady decline starting with PC titles, thanks largely to Valve's online game distribution service Steam.

Steam opened its “doors” in 2003 and now has more than 40 million active users around the world and accounts for about 70% of all PC games sold.

It caught the attention of gamers by offering massive discounts, especially during its holiday sales which slashed prices by as much as 90%.

Steam is even more attractive now that it has switched its currency from US dollars to ringgit, as most games are 20% to 30% cheaper on our store than the US’ even without discounts.

Also, there are many more sites that offer discounts for digital games. One such site is Humble Bundle (www.humblebundle.com) which offers game bundles as low as US$1 (RM3.70) and donates part of the ­profit to selected charities.

Steam’s success didn’t go unnoticed – console makers Sony, Microsoft and Nintendo have been quick to fortify their online presence. They now have a more accessible and friendly storefront on their next-gen consoles.

Sony – the only company that has officially launched its console here – has been upgrading the Malaysian PSN online store since the launch of the PlayStation 4, and now offers ­digital titles on the same day the ­physical games go on sale. It even has early bird deals with some digital games, making them a little cheaper than their physical counterparts.

If and when Microsoft and Nintendo officially launch their ­consoles here, we expect them to be as aggressive in their digital offerings.

Locally, however, game stores are still doing well mainly because ­broadband Internet access is still not as widespread or as fast as in more developed countries.

For instance, consumers have largely accepted digital distribution when it comes to music – at just 4MB to 5MB per song, it takes just seconds to download a song with today's home broadband or wireless 4G LTE.

Movies are a close second when it comes to digital downloads as a ­typical high-definition video that’s 4GB to 8GB takes only about 30 ­minutes to an hour to download. 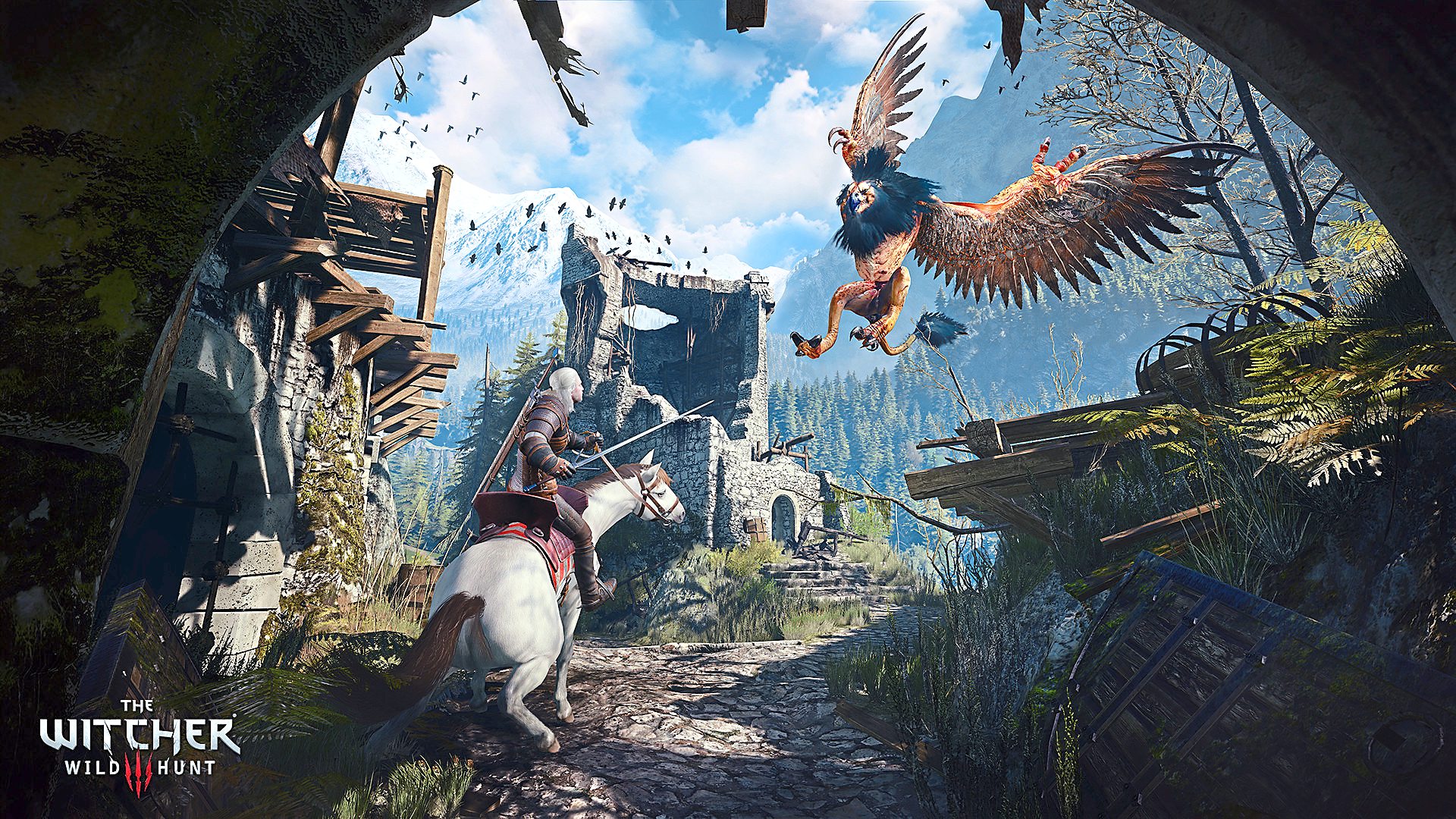 BIGGER AND BIGGER: The file size for videogames will increase as gamers demand better looking titles. The highly popular Witcher 3 is 21.8GB.

In the case of videogames, however, the situation is different as file sizes typically go over 10GB in size. The Evil Within is, for instance, 20GB in size while Call of Duty: Advanced Warfare is a whopping 40GB which means they will take anything between two to four hours to fully download with a stable connection.

The file sizes will only get bigger with new titles as gamers demand more realistic-looking games.

Sony offers a streaming game ­service called PlayStation Now in the United States which doesn’t require the user to download the entire game to play. However, to enjoy the game without lag and loss of quality, a fast broadband line will still be essential.

Faster Internet access in all states in the country will be one of the deciding factors as to when digital games will overtake the sale of physical copies, says Heavy Arm’s Lin.

One of the main appeals of physical games is that they can be shared ­freely with friends, and later resold to recoup some of the money, which is impossible with digital games.

A large part of the business for ­videogame stores still comes from reselling or renting out used games. Yap says while the market for ­second-hand games is quite good now, it too will shrink.

The younger generation of gamers who are willing to pay a lot of cash for virtual items will not be so concerned about not being able to earn some money back by reselling games, he says. MORE PERIPHERALS: Gamer’s Hideout has diversified to counter the drop in sales due to digital downloads. – TAN KIT HOONG/The Star

One gripe gamers have with ­physical games is that it doesn’t offer anything more than digital copies – you will be lucky if you get a pamphlet advertising the company’s other titles. Some feel a little extra, like a mini figurine, will go a long way in making physical games the better choice.

Another reason gamers go to a store to buy games is to get special and ­limited editions. Activision, for instance, has in the past bundled its Call of Duty games with night vision goggles and remote control cars with cameras.

Yap says special edition games with bundled items only account for a very small part of his business.

Future in a flux

Perhaps the wider problem is that the videogame industry is in transition, as companies figure out how to get ­customers to pay over RM1,500 for a console and then about RM150 for each game in an age when almost everyone owns a smartphone and can download games for free or much less.

While mobile gaming is still in its infancy, it’s only a matter of time before videogame companies start shifting their titles to mobiles and tablets which bypasses brick-and-mortar stores.

In recent years large Japanese game companies like Konami and Capcom have started cutting back on new A-list titles for consoles.

Capcom itself has had few high-­profile console releases this year, opting instead for “HD remasters” of existing games like Devil May Cry 4 and Resident Evil.

In fact, the only big title Capcom is launching in 2016 will be Street Fighter V, which was largely funded by Sony as an exclusive title for the PlayStation 4.

Konami, the distributor and publisher for the popular Metal Gear series, recently had a much-publicised break with the title’s creator Hideo Kojima, leaving the future of the series in doubt.

It's been speculated that Konami's break with Kojima was because the ­company has been radically restructuring its operations to move away from expensive console game development to focus on smaller, less expensive games for smartphones.

While this is by no means the end of the videogame industry, it does signal a change for videogame stores. Mobile games already have a thriving digital distribution model in the form of Google Play and Apple App Store, both of which bypasses physical distribution.

But even this doesn’t mean the end of physical stores. Yap says that the game store will still survive in one form or another, although the bulk of the business will be in selling gaming peripherals and digital credit rather than actual games

Even now, he is already taking steps to diversify, selling more peripherals like keyboards, mice, gaming laptops and figurines.

Lin is more pragmatic about the continued survival of videogame stores, giving it another three to five years before digital distribution lands the killing blow.

“I'll just change business. A ­businessman should always be able to change and never fall in love with just one model,” he said. 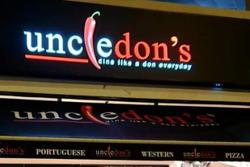