BANKING MADE SIMPLE: Bruno and his team are designing videogames, including a prototype puzzle for iPads and smartphones, and looking at virtual reality simulations to help people visualise what are often complex investment portfolios.

ZURICH: No longer is schmoozing over long lunches and fine wines enough; Swiss private bankers are turning to videogames and virtual reality to attract a new generation of sceptical clients and see off digital rivals.

Technology is likely to appeal to multi-tasking millionaires with little time to spare. However, wealth managers must also win the trust of younger investors who have experienced two downturns during their formative years plus a furore over Swiss banks' involvement in tax evasion.

In a fifth floor office just off Zurich's main shopping street, researchers at UBS are testing dozens of technologies to see what could make the world's biggest wealth manager more appealing as fortunes pass to the next generation.

"How do you get under the skin of clients today, because they often work on their mobiles and they manage their wealth in their spare time," said Dave Bruno, head of UBS's innovation lab. "It might be in the bathroom, it might be waiting for a flight." TECH TO THE RESCUE: Bruno's team is also working on technologies that allow clients to log into their accounts using their voice patterns and facial features, doing away with the time consuming and frustrating need to answer security questions. – Reuters

Bruno and his team are designing videogames, including a prototype puzzle for iPads and smartphones, and looking at virtual reality simulations to help people visualise what are often complex investment portfolios.

They are also working on technologies that allow clients to log into their accounts using their voice patterns and facial features, doing away with the time consuming and frustrating need to answer security questions.

UBS has opened a second research lab in London and plans another for Singapore later this year. It is also exchanging ideas with financial technology start-ups as well as Google and Amazon.

Many millionaire and billionaire customers, whose ages average more than 65, still welcome the concierge service – such as sorting out the paperwork on their new Ferrari.

But in the next few years private banks must deal increasingly with clients who are perhaps 30 years younger as what is often family wealth passes down to the next generation. These people grew up with the tech bubble bursting around the turn of the century, followed by the 2008 financial crisis. 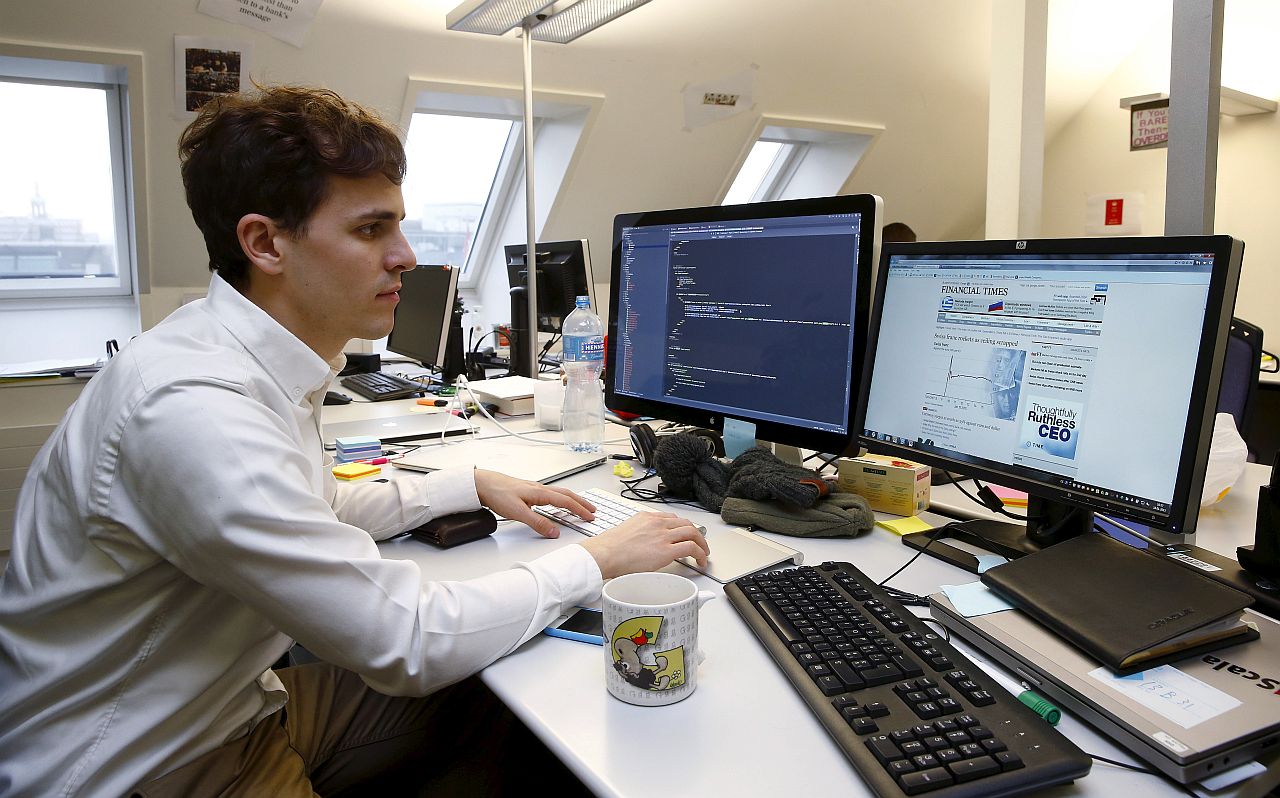 COURTING THE YOUNGER SET: Besides the Zurich lab, UBS has opened a second research lab in London and plans another for Singapore later this year. – Reuters

This is shaking things up at Switzerland's private banks, which are already reeling from a US-led campaign against tax cheats. This has effectively ended the industry's secrecy rules and encouraged publicity-shy customers to withdraw hundreds of billions of francs from Swiss accounts.

Meetings are increasingly held over video links instead of in banks' wood-panelled rooms overlooking Lake Geneva, while clients will look to social networks for investment advice and to compare portfolio performance.

Some of the technology being investigated is less familiar than simple video conferencing. It includes Facebook-owned virtual reality goggles Oculus Rift, which can present clients' portfolios as a city.

"Which pieces of your city are missing? You don't have a water system in place, which might be your investments into a certain area in the alternates market," UBS's Bruno said.

"Your skyscrapers are too tall, you're invested too high here. There are ways to use the new technology to do things in finance that are quite cool and interesting for our business model."

Cool technology notwithstanding, banks still need to get the basics right, according to Felix Wenger, a director at the Zurich office of the McKinsey consulting firm.

"The industry is still in the process of making sure things run smoothly and don't break down," said Wenger, who compared the technology wave in private banking today with the motor industry in the 1950s when it needed to ensure cars ran safely and reliably.

New digital wealth managers, such as British-based Nutmeg and US-based Wealthfront, are keen to play up the trust issue.

"Almost universally, every study is showing that investors under 35 have grave mistrust of existing banks and brokerages, and are seeking a solution from the technology industry," Wealthfront chief executive Adam Nash said.

Sometimes called "robo advisers", these online services ask customers questions about who they are and what they are saving for, just like conventional advisers, but then they use an algorithm to devise an investment strategy.

Wealthfront, which was launched in 2011, has over US$2.4bil (RM8.75bil) in client assets but it is dwarfed by established private banks where managed assets can top US$1tril (RM3.64tril).

While the robo advisers can target people with a minimum to invest of US$5,000 (RM18,241), many wealthier individuals still want a tailor-made service with a well-established name.

"Trust is the fundamental problem for online players," McKinsey's Wenger said. "You don't wire US$1mil (RM3.64mil) to 'onlinewealthmanager.com', but you would to a well-known banking brand."

"That's what's happening in banking. You need a highly qualified adviser who navigates you through all the data that is available," he said. – Reuters