Backlogged orders as shoppers get close-up look at Apple Watch

UNDER LOCK AND KEY: At a San Francisco Apple store, dozens of customers tried on the watches.

People flocked to Apple's stores around the world to get a close-up look at the Apple Watch, the tech company's foray into the personal luxury goods market, with Apple predicting demand would exceed supply at product launch.

Cook, interviewed on cable television channel CNBC, said initial orders were "great" for the device, available for preorder online and to try out in stores by appointment, but not to take home.

"We view this as an indication of solid demand paired with very limited supply," Piper Jaffray analyst Gene Munster wrote in a note to clients. "We continue to expect modest sales in the June quarter as demand ramps over time."

A key factor in the watch's success will be demand once an initial wave of interest from Apple enthusiasts subsides.

The watch goes on sale officially on April 24, online and through appointments in shops, including trendy fashion boutiques in Paris, London and Tokyo, part of Apple's strategy of positioning the wearable computer as a must-have accessory.

But soon after online preorders opened on April 10, Apple's website listed shipping times in June for some models of the watch and four to six weeks for others. 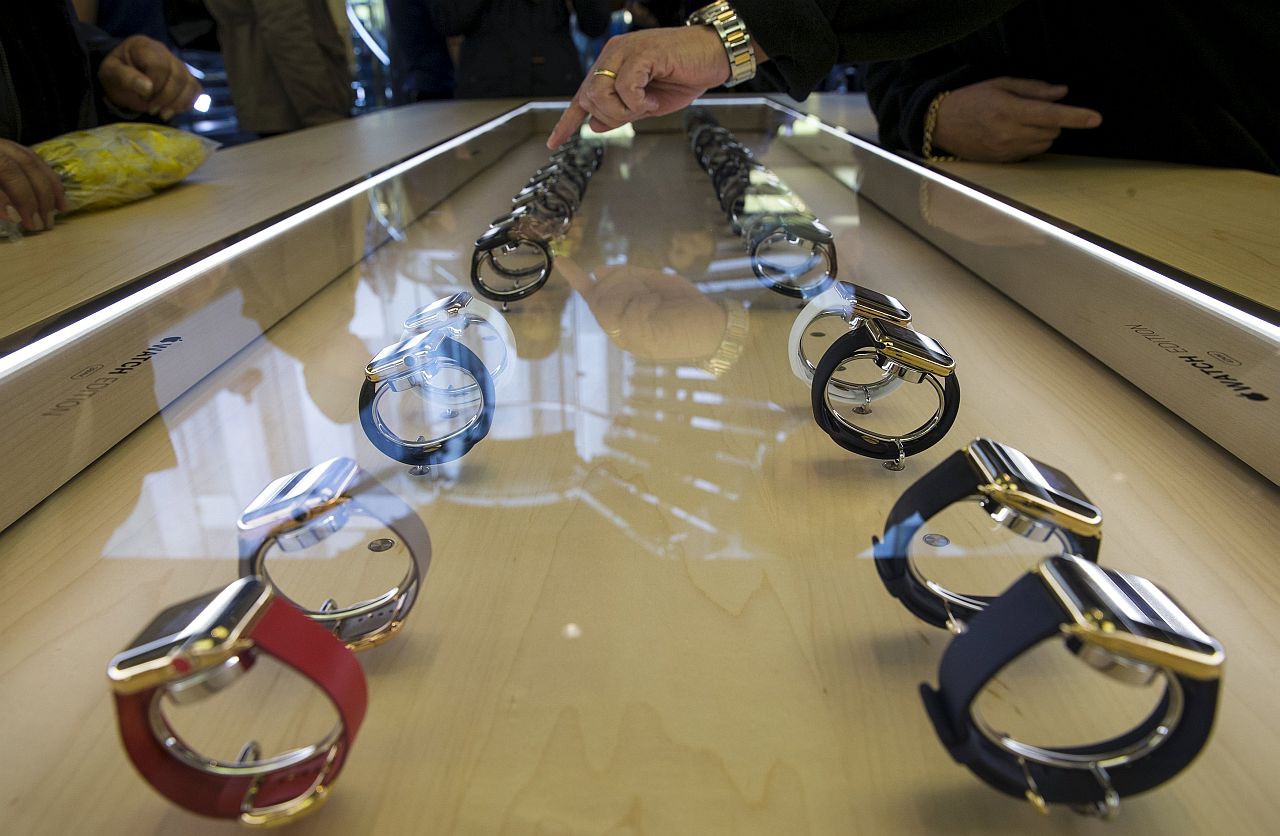 CHOICES: Apple Watches on display at a New York Apple Store, where interest was high in the Cupertino-based company's smartwatch. – Reuters

There was immediately brisk bidding on eBay for confirmed orders for watches, with hundreds of sellers looking to make a few hundred or even thousand dollars by passing on their watches, once received.

Testing Apple's mastery of consumer trends, the watch is an untried concept for the Cupertino, California-based company. It straddles a technology market accustomed to rapid obsolescence and luxury goods whose appeal lies in their enduring value.

At Apple's flagship store in New York, Jack Weber, who was visiting from Charlottesville, Virginia, said he would give his wife a top-of-the-line "Edition" as a 50th-anniversary gift.

"What more perfect wedding present could there be than this watch?" he said.

"You would want to catch up by the holiday season," Gauna said. "But based on what's out there in Android land, I don't think there's an extreme risk in near term of losing customers who must have a smartwatch and will go to some alternative."

Android is Google's mobile operating system used on many smartwatches.

Reviewers this week praised the watch as "beautiful" and "stylish" but gave it poor marks for relatively low battery life and slow-loading apps.

Apple's watch is widely expected to outsell those by Samsung, Sony Corp and Fitbit. It will likely account for 55% of global smartwatch shipments this year, according to Societe Generale.

"Apple will outsell its wearable rivals by a very wide margin but it will do this on the power of its brand and its design alone," independent technology analyst Richard Windsor said. – Reuters