It has now has become a tradition for Samsung to unveil the successor to its Galaxy S Android smartphone at the Unpacked Event just before Mobile World Congress kicks off.

This year was no different but the electronics giant surprised the media with two flagship smartphones – the Galaxy S6 and S6 Edge. The S6 has a more conventional design with a flat 5.1in quad HD screen and the S6 Edge is slightly taller and has a screen that curves around both sides of the smartphone.

Both devices feature Corning’s tough Gorilla Glass 4 on the back and front and as such the back of the smartphones are no longer removable.

The S6 devices were codenamed Project Zero internally by Samsung, because it went back to the drawing board and reevaluated every aspect of the smartphone design and feature set.

According JK Shin, president and chief executive officer of Samsung Electronics, the company learned from the successes and missteps of its past models and the S6 and S6 Edge are the result of feedback from the company’s customers, as well as its own designers. 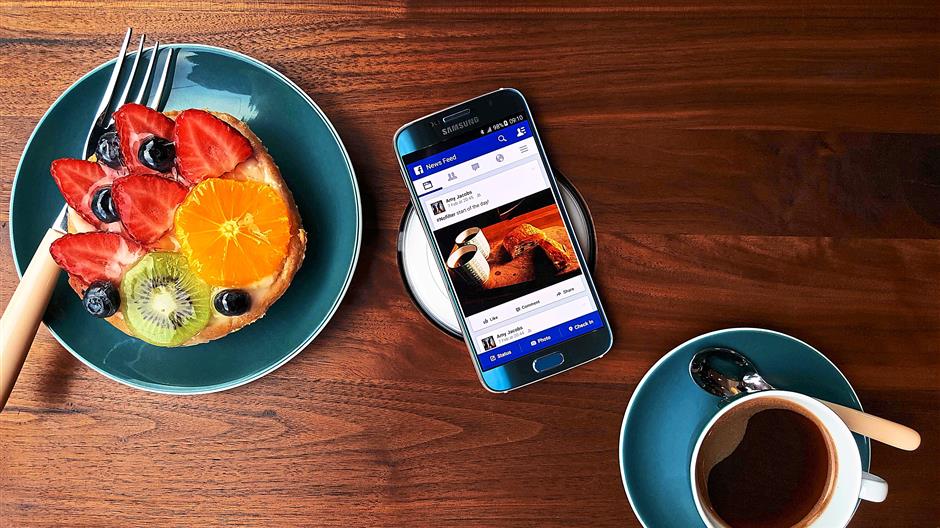 SERVING UP A NEW SMARTPHONE: The S6 is Samsung's new pride and joy.

The frame of the S6 and S6 Edge smartphones are built from “6013 aluminium alloy”, the same grade of metal used in the aerospace industry.

By using a special molding process, the company was able to protect both the back and front of both smartphones with Corning Gorilla Glass 4.

The design is quite striking – while the metal sides are smoothly curved and finely textured, the front and back glass has a metallic sheen that looks especially nice on on some colours.

At launch the devices will be available in White Pearl, Black Sapphire, Gold Platinum, Blue Topaz (S6 only) and Green Emerald (S6 Edge only).

Internally, both the S6 and S6 Edge feature a new Samsung Exynos processor built on the 14nm process, a first for a mobile processor, the company claimed.

This Exynos processor is an octa-core chip made up of two quad-core processors running at 2.1GHz and 1.5GHz.

According to Samsung, the lower power requirement of the 14nm Exynos balances out the increased power need of the quad HD Super Amoled screen, resulting in battery life similar to the previous model, the S5.

The S6 and 6 Edge support the latest wireless standards, including LTE Cat 6 which can handle download speeds of up to 500Mbps (megabits per second), 802.11a/b/g/n/ac WiFi with MIMO (multiple input multiple output) and Bluetooth 4.1.

Both also feature 3GB of LPDDR4 RAM (again, another first) and comes with 32GB, 64GB or 128GB of internal storage.

The smartphones do not feature microSD slots unlike previous S models. Instead the company is offering 100GB of space on Microsoft’s OneDrive online Cloud storage with every S6 and S6 Edge.

Rounding off the hardware features are the usual gamut of sensors, including compass, barometer, fingerprint reader and heart rate monitor.

Users looking for a faster charge can plug a USB charger into the smartphone’s MicroUSB port.

Samsung claims the S6’s and S6 Edge’s adaptive fast charging feature will power up the device to 50% within just 30 minutes and to 100% in 80 minutes.

Talking about batteries, the S6 and S6 Edge have slightly different battery capacities – the S6 has a 2,550mAh capacity while the S6 Edge has a slightly larger 2,600mAh battery.

The S6 Edge’s curved display works similar to the one on the Galaxy Note Edge’s (Samsung’s first curved smartphone).

The “edge display” allows users to view notifications and get easy access to their favourite contacts although some of the functions are slighlty different from the Note Edge.

As the S6 Edge has a display that curves on both sides, either side can be used as the edge display although you can only use one and not both at the same time.

The ability to switch the edge display from the right side to the left should be great for left-handed users.

One interesting new feature built into the system is the ability to assign specific colours to favourite contacts.

When the S6 Edge is in silent mode and the phone is placed face down, incoming calls will flash on the edge display in the colour assigned to the caller. Cancelling the call is even easier – you just have to touch the heart rate monitor on the back. 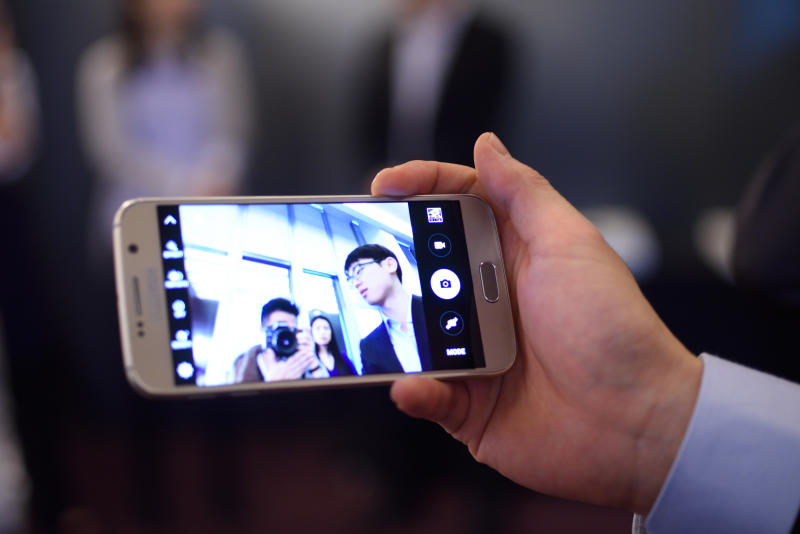 FASTER RESPONSE: The Samsung Galaxy S6's camera can be launched in as little as 0.7secs by double-clicking the Home button

It’s all about speed with the cameras on the S6 and S6 Edge.

Samsung has added a new shortcut to the camera app on both devices – a quick double tap on the Home button launches the cameras (16-megapixel main camera and 5-megapixel selfie camera).

Samsung claims that the camera app can be launched in as little as 0.7 seconds and functionally every feature within the app has been made to be easier and faster to access as well, with a redesigned interface and clearly labelled icons.

That’s not all there is, however, as the main camera now has optical image stabilisation built-in and features automatic single-shot HDR (high dynamic range).

In fact, auto HDR works for both stills and videos, and with the front and back cameras.

The cameras also come with a relatively bright aperture of f/1.9 which lets in 60% more light than the f/2.4 aperture on the S5 while the pixel pitch on the image sensor is 40% larger than on the S5.

What it all means is that the S6/S6 Edge cameras capture more light than before which allows them to capture much better images and videos in low-light situations.

Additionally, the camera also comes with autofocus tracking which can lock onto a moving subject and follow it as it moves across the frame.

The camera also has a Pro mode that allows the user to adjust most of the settings, including giving you manual focus via a virtual focus slider.

Pay will allow for contactless payments over the counter using the S6’s and S6 Edge’s NFC chip at supported point of sale terminals.

However, both devices also support contactless magnetic stripe technology that allows the user to simply bring the S6/S6 Edge next to a regular (non-wireless) magnetic card reader to transfer credit card information to the point of sale system.

Pay is scheduled for release after July in the United States and South Korea, with the rest of the world to follow at a later date.

Whether any element of Pay will be implemented in this country is unknown right now, and would depend on Samsung brokering deals with local banks.

While Malaysia is not included in the initial list, Lee Jui Sang, Samsung Malaysia Electronics vice president for mobile, IT & digital imaging, said that the smartphones will be launched in this country before the end of next month.

Lee also added that pricing has not been finalised as yet although the S6 Edge will be priced higher than the S6.