The local multimedia industry seeks to equip its graduates with digital literacy that encompasses both theory and practical experience.

Malaysians have been playing a part in making some of the best games and movies around. Titles such as Call Of Duty: Ghosts, Fifa 14, NBA 2K14, Race Driver: Grid, Life Of Pi, X-Men: First Class and Snow White And The Huntsman all have traces of local involvement.

Lemon Sky Games & Animation worked on the art design for Ghosts, Fifa 14 and NBA 2K14, Codemasters Studios handled parts of Grid and Rhythm & Hues made some of the most spectacular visual effects for box-office hits Life Of Pi, X-Men: First Class and Snow White And The Huntsman. 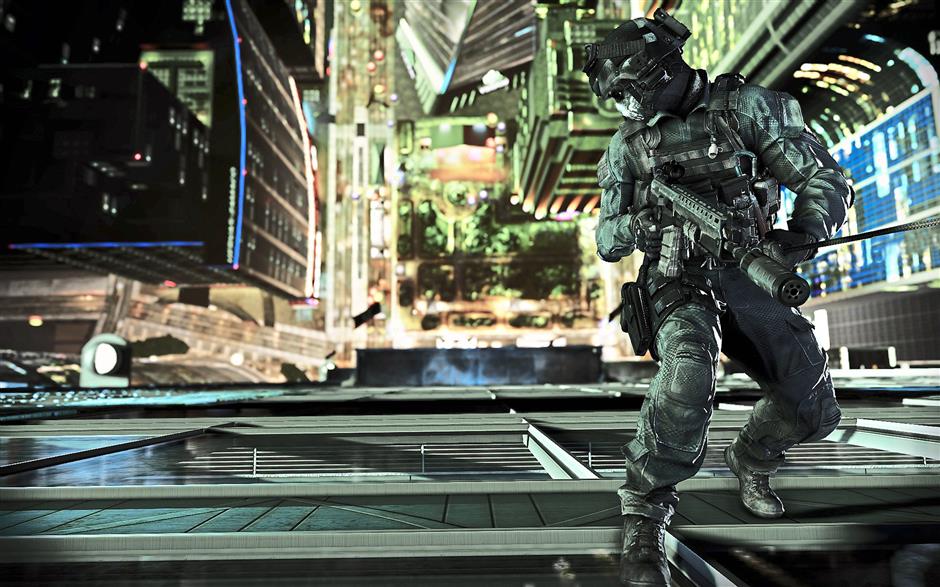 Meanwhile, Les’ Copaque Production’s Upin & Ipin and Animonsta Studios’ BoBoiBoy are big hits here and even have regional following with fans in Indonesia.

There is little doubt that the creative multimedia industry has become a lucrative market – as of 2013, the sector recorded a total revenue of RM6.39bil with export sales amounting to RM430mil, according to the Multimedia Development Corporation (MDeC).

MDeC, which has been tasked to grow the sector, says as of last year there are 334 active companies responsible for over 10,000 jobs nationwide.

Local companies have worked on projects for platforms such as Nintendo Game Boy Advance, Color and DS handheld gaming systems, as well as the Sony PlayStation console.

With so much already under its belt, one would think that the multimedia industry is bursting at the seams, but key industry players feel there are still many hurdles to overcome.

If Malaysia wants to go further and be the games development hub for the region, it needs to have a critical mass of skilled people, says Tan.

To achieve this, higher educational institutes are key in nurturing talents. Multimedia University, Limkokwing University of Creative Technology, KDU University College and The One Academy are just some of the higher learning centres offering various IT courses to cater to this market.

However, too many students are enrolling for generic IT courses that allow them the flexibility of choice or because it’s an easier option, says Tan. This has resulted in the number of students learning computer science or proficient in programming, logic and algorithms dropping significantly over the years.

The reality is that we want specialists or at least people with the propensity to code well and problem-solve, he says.

“C++ is one of the crucial programming languages but the honest truth is we want programmers who are grounded in fundamentals so that they can easily adapt and move between languages,” he says.

“Technology changes rapidly – graduates should be agile enough to adapt and move on as well.”

Tan, who is also the chairman of MyGameDev2020, an Entry Point Project under the Economic Transformation Programme for nurturing skilled talents in games development, says that a big company (which he declined to name) was here recently to set up a game development studio and it was not concerned about incentives or infrastructure but rather the talent pool that would be available to it.

Lemon Sky Games & Animation chief executive officer Wong Cheng Fei says there is a shortage of 3D animators and 3D modellers and the studio has been hiring foreign talents to fill the gaps.

He also concurs with Tan that our graduates are not trained to handle coding, especially when working on big intellectual properties, as they have no working experience.

The lack of working experience is not just a problem with students but also lecturers.

In fact, some universities tend to hire their own students as lecturers after they graduate. This is not necessarily a bad thing but they may have a limited amount of knowledge to impart to their students due to lack of experience.

Learning the theory isn’t everything, as practical know-how is equally important for animators, says Syed. 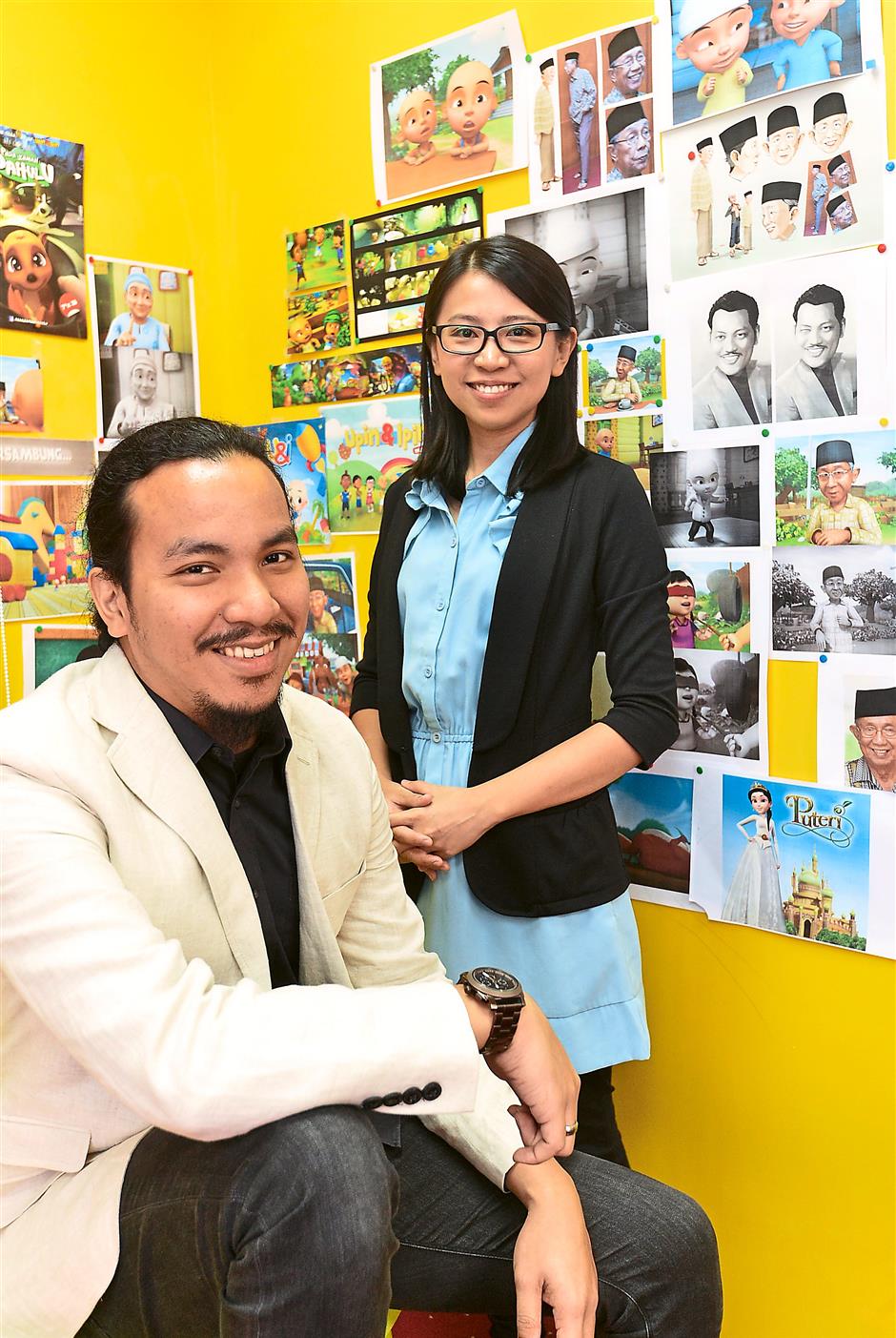 YOUNG BLOOD: Syed (left) and Tang are part of Les’ Copaque’s team which is mostly made up of fresh graduates.

Education is crucial to gain the insight and knowledge on how the industry works but the onus is on the graduates to improve their skills and portfolio of work, says Les’ Copaque production director Yuki Tang Ying Sowk.

Many are not ready for the working world and need to be retrained upon entering the industry, she says.

In fact, they are not even aware that there are many areas of specialisation for animation until they come on board.

Les’ Copaque provides basic training to all new recruits so that they are familiar with the entire work process, as it has eight sections handling various animation works.

After the one-month training, most graduates will be able to handle basic animation works, says Tang.

Multimedia University Dean of Faculty of Creative Multimedia, Assoc Prof Dr Neo Tse Kian says universities have to be aware of the needs of the industry in offering the types of programmes that meet the requirements of the industry.

The industry is highly competitive and most companies are looking for the cream of the crop, he says.

“Most companies want graduates who can immediately make the transition from academics to actual application because they want to avoid spending money and resource in training them if possible,” he says.

A graduate with a degree in games development can expect to earn an average of RM2,000 to RM2,400 upon entering the industry.

The rate is slightly lower for graduates in animation — they can expect to get about RM1,600 to RM2,200, depending on the studio.

KDU’s Tan says most graduates have unrealistic expectations and expect to earn at least RM2,400 upon entering the industry even without having to work overtime or on weekends.

From the company’s perspective, a fresh graduate with little or no experience is not very valuable because he or she is an unproven element and can’t demand such high salaries. CUTTING EDGE: KDU University College uses state-of-the-art Dell Alienware machines in its lab to educate students on game development and keep them abreast of all the latest technologies.

They also may not be able to handle the workload, he says.

Even large animation companies have low starting rates, as they want the graduates to work their way up theladder before they can be paid more.

“The current generation also has commitment and discipline issues,” she says.

However that has not stopped the studio from hiring fresh graduates. Les’ Copaque, which is one of the largest animation studios in Malaysia, has over 160 employees and up to 80% are fresh graduates.

But nothing is set in stone and some graduates with better portfolios have been hired with a starting salary of RM2,800 to RM3,000, Tan says.

Also, while graduates are expected to have an appropriate degree, most animation studios are willing to consider even those with totally different backgrounds.

Tang says the studio has even hired those with engineering and aerospace qualifications.

“On top of passion and technical know-how, animators need to have acting skills because they need to be able to act out what they intend to animate,” says Tang.

However, most universities do not place enough emphasis on this, she says.

Another skill they need to have is the ability to present an idea or work properly, as this is vital for working in teams.

While ensuring that we have a ready supply of qualified graduates, the industry also needs to find a way to retain talents.

Our talents are in high demand and many of them head to Singapore for better opportunities, says Tan.

“Medical, engineering and accountancy are often cited as the main professions suffering from brain drain but the creative multimedia industry also faces a similar situation here,” he says.

For example, the workforce of Ubisoft Singapore — the French gaming giant’s Asian office — is made up of about 20% to 30% Malaysians, says Tan.

That’s why many local studios resort to hiring foreigners in the end to fill up their vacancies, he says.

“The simple truth is we need to attract bigger companies to Malaysia. Talents leave because they want bigger and better challenges,” he says.

“They want to push the envelope of development and work on huge game titles. Malaysians in Singapore will eventually leave the island for bigger companies. It’s one of the realities of the industry.”

MMU’s Neo says in an industry as vibrant as this it’s only normal for talents to move around but it’s not solely because of limited opportunities here or better perks overseas.

“People move mainly to widen their perspective, experience and exposure,” he says.

It’s not uncommon for many of them to return to Malaysia to set up their own studios.

Although doubts have been raised about the product of our higher education system, it’s hard to deny that the local industry has benefitted from the inception of the Multimedia Super Corridor back in 1996.

The general perception that the problem facing the industry is about mismatch of graduates’ skillsets is not entirely true, says MDeC director of creative multimedia division Hasnul Hadi Samsudin. 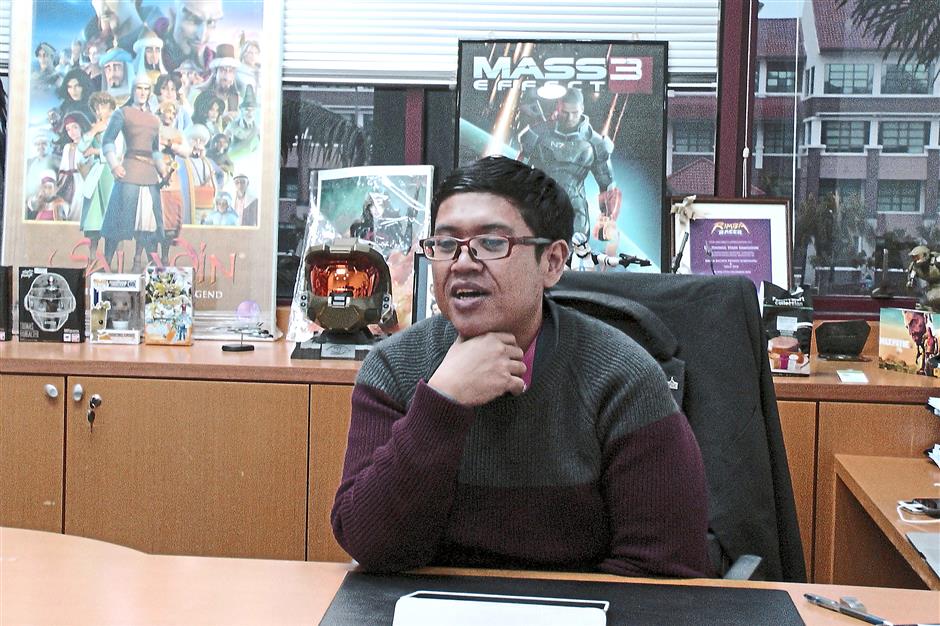 Hasnul, one of the founding members of MDeC, worked on Life of Pi while he was with Rhythm and Hues. He says we need successful companies and role models to encourage more talents to be a part of the creative multimedia industry.

“It’s very much a chicken and egg situation. Most say it’s the fault of our education system but on the other hand it’s also a matter of opportunity,” said Hasnul.

“We need more successful companies and role models to encourage people to want to be part of the industry,” he says.

Neo believes that the success of MMU’s alumni speaks for the quality of its programmes, as many have made it to the top and continue to contribute to the ecosystem.

Les’ Copaque, Animonsta Studios, FM Media, Azim Hulaimi (who was previously with Rhythm & Hues) and renowned independent filmmakers such as Liew Seng Tat and Tan Chui Mui are all proof that we have quality talents.