BEIJING: Fresh from pulling off the world's largest IPO, China's Alibaba is set to impress Wall Street with record sales on Singles' Day, the year's biggest online festival, but merchants complain that they bankroll the e-commerce giant's big day.

Last year Alibaba reported sales of US$5.75bil (RM19.2bil) on the day, and this year merchants believe it is aiming for a headline-grabbing US$8bil (RM26.71bil) or more in gross merchandise volume (GMV).

Such numbers have attracted rivals such as JD.com, Amazon.com, Vipshop Holdings, Suning Commerce Group and Wal-Mart Stores' Yihaodian, and Chinese Premier Li Keqiang has praised the event as "a major highlight of consumption growth".

But merchants told Reuters they had felt pressure from Alibaba's Tmall to boost the day's figures with heavy discounts and delayed recognition of earlier sales.

There is no obligation on merchants to take part in the festival, but if they do, the only discount option is 50% or more.

On Tmall, merchants say that if they don't price products lower than in their stores on rival sites, Alibaba pushes them down the sales page, effectively limiting their access to hundreds of millions of potential customers.

When asked if this was true, Alibaba said: "We decline to comment on competitor’s activities."

One merchant who closed his shop on Tmall earlier this year said: "(Tmall) hoped my sales numbers ... looked good and higher than sales at other e-commerce platforms."

Alibaba is employing what it calls a "pre-sale initiative", under which merchants advertise products at their discounted Singles' Day price from as early as Oct 15. Tmall lets customers put down a deposit for the order but only allows merchants to process the full payment and ship the products on Nov 11.

The company said it had used such a scheme since 2012, since it helps merchants plan the logistics of shipping such large volumes of goods. Merchants said this year it was used much more widely, and was aimed at boosting Alibaba's figures.

"This is a way they can actually count that volume all transacted in one day," said one online store manager who asked not to be named in case it damaged his business. "They've never done a company-wide policy like this."

The efforts by e-commerce sites to boost the figures on Singles' Day haven't gone unnoticed by regulators.

Last week, Chinese media reported that the State Administration for Industry and Commerce took aim at 10 of China's biggest e-commerce firms, warning them to not engage in activities like artificially jacking up prices in the run-up to the event so they could claim huge discounts when those prices were slashed.

Merchants said Alibaba ensures discounts are genuine by having vendors discount their products from their lowest price within the 60 days before and after Singles' Day.

Though some vendors lament the pressure on their margins, Alibaba says the festival has grown from just 27 participating vendors in 2009 to 27,000 now.

"Sellers like this kind of big promotion because it increases our sales," the former Tmall shop owner said, "but I would live more comfortably if it's a rational environment of competition."

"We would rather take money and use it for customer acquisition," said the online store manager.

He put it down to Alibaba's desire to please its new backers on Wall Street with figures to support the group's eye-popping market valuation of US$285bil (RM953.61bil) after its September IPO.

"Consumers love it, they're getting cheaper stuff, but just because (Alibaba) did the IPO they want to have extraordinary results," he said. — Reuters 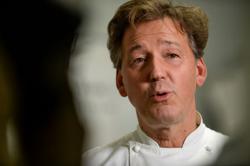