ROCHESTER, New York: Watch out Harry Potter, you are not the only wizard with an invisibility cloak.

Scientists at the University of Rochester have discovered a way to hide large objects from sight using inexpensive and readily available lenses, a technology that seems to have sprung from the pages of J.K. Rowling's Harry Potter fantasy series.

Cloaking is the process by which an object becomes hidden from view, while everything else around the cloaked object appears undisturbed.

"A lot of people have worked on a lot of different aspects of optical cloaking for years," John Howell, a professor of physics at the upstate New York school, said on Friday.

The so-called Rochester Cloak is not really a tangible cloak at all. Rather the device looks like equipment used by an optometrist. When an object is placed behind the layered lenses it seems to disappear.

Previous cloaking methods have been complicated, expensive, and not able to hide objects in three dimensions when viewed at varying angles, they say.

"From what, we know this is the first cloaking device that provides three-dimensional, continuously multidirectional cloaking," said Joseph Choi, a graduate student who helped develop the method at Rochester, which is renowned for its optical research.

In their tests, the researchers have cloaked a hand, a face, and a ruler — making each object appear "invisible" while the image behind the hidden object remains in view. The implications for the discovery are endless, they say. 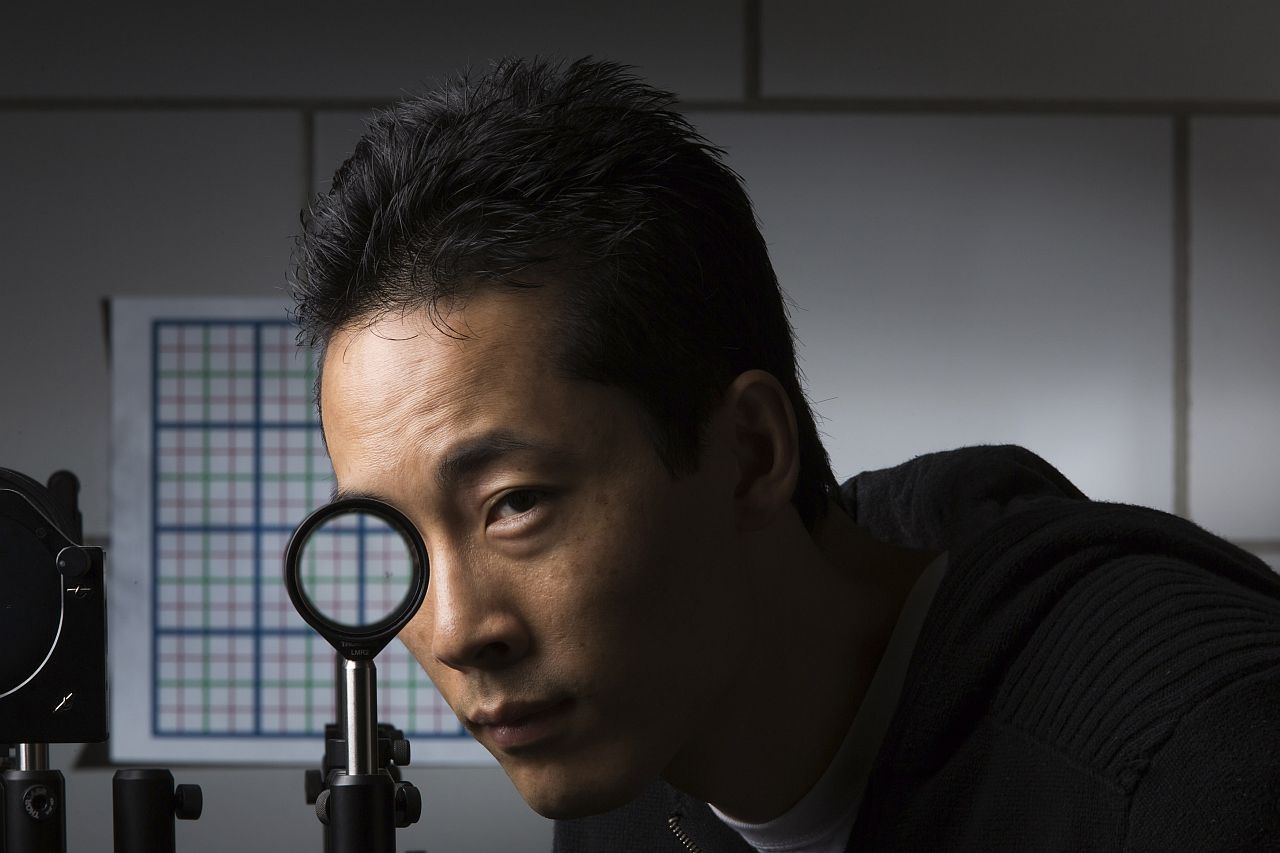 "I imagine this could be used to cloak a trailer on the back of a semi-truck so the driver can see directly behind him," Choi said. "It can be used for surgery, in the military, in interior design, art."

Howell said the Rochester Cloak, like the fictitious cloak described in the pages of the Harry Potter series, causes no distortion of the background object.

Building the device does not break the bank either. It cost Howell and Choi a little over US$1,000 (RM3,273) in materials to create it and they believe it can be done even cheaper.

Although a patent is pending, they have released simple instructions on how to create a Rochester Cloak at home for under US$100 (RM327) here.

There is also a one-minute video about the project on YouTube. — Reuters