Leica turns focus on the past with lens-shaped new headquarters

Leica, the iconic German maker of high-end photographic equipment, will officially inaugurate its new headquarters in Wetzlar this week, marking a return home to the site where it began making cameras 100 years ago.

The opening of the new state-of-the-art site "marks both a return to the roots and a new beginning", says Leica Camera, which had relocated to the nearby town of Solms in the 1980s following a split of its activities.

The spanking new buildings, with their flowing curves and environmentally friendly technology, are designed to resemble a gigantic camera lens and film spools.

They are situated in Leitz Park, which takes its name from Leica's founder Ernst Leitz.

The site incorporates Leica's main factory, as well as a precision optics site and another for precision tool engineering.

To mark the official inauguration of the 60mil euro (RM263.03mil) project, the prestigious Austrian auction house WestLicht is organising an auction of one hundred rare cameras and pieces of equipment, including a telescope dating back to 1852.

Situated in the central state of Hesse, Wetzlar is the birthplace of Ernst Leitz's business.

It was in here in 1914 that optical engineer and precision mechanic Oskar Barnack, in his drive to maker smaller, lighter cameras, built the first prototype of the Ur-Leica, which spawned a long line of models, including the legendary "Leica M".

"The M model was what made Leica's reputation. It long stood for purity of form," said French photogapher, Guy Le Querrec, member of Magnum Photos.

Favoured by the pioneers of photojournalism, such as Robert Capa and Henri Cartier-Bresson, Leica, with its distinctive red button logo, carefully cultivated its exclusive image.

It singled out talented photographers and gave them a Leica camera to work with, Le Querrec said.

One of the most famous photos taken with a Leica camera was a portrait of Cuban revolutionary leader Che Guevara by Alberto Korda.

"Leicas were distinguished by their robustness, their high-quality lenses and because they were easy to use," said another French photographer Cyprien Clement-Delmas.

"In addition, their aesthetic left its mark on generations of photo-reporters," he said. 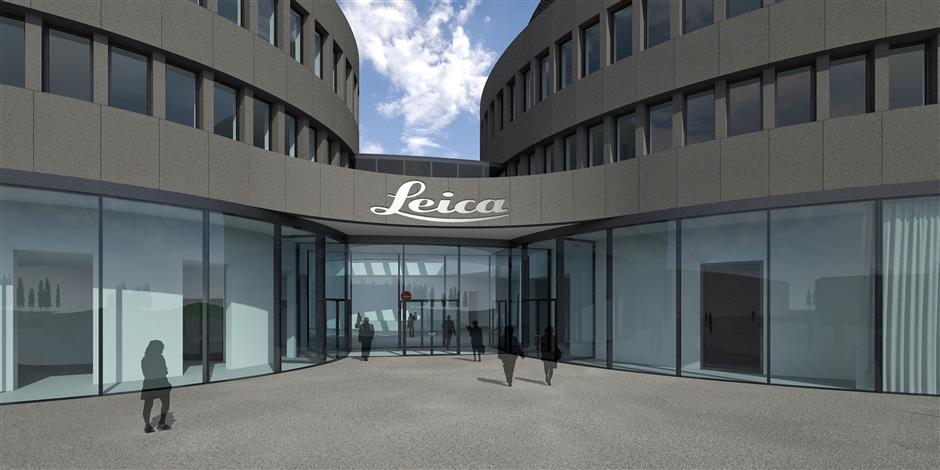 STATE OF THE ART: The site incorporates Leica's main factory, as well as a precision optics site and another for precision tool engineering. — ©Leica

Nevertheless, the company found itself in difficult times at the start of the new century after having failed to catch on to digital photography and under attack from competition from rival Asian makers.

Leica was also a victim of its own success. The robustness of its models meant that photographers would rather by well-preserved second-hand cameras than invest in new models.

In 2005 when the firm was barely a shadow of its old self, it was bought up by Austrian Andreas Kaufmann, who now heads the supervisory board.

It was Kaufmann who wanted to restore Leica back to its former glory.

In 2011, he received support with the arrival of the private equity group Blackstone, which bought a stake for 160 million euros.

Amid cutthroat price competition in the sector, Kaufmann converted Leica to digital technology while continuing to cultivate its high-end reputation. And the strategy appears to be paying off, with double-digit sales growth seen since 2011.

It is seeking to rejuvenate the brand. Most recently, the group launched a new generation of digital cameras, the T series, with the collaboration of engineers from German luxury car maker Audi.