LONDON: Police officers across London will wear video cameras when responding to emergency calls as part of a year-long pilot project launched on Thursday.

A total of 500 cameras will routinely collect evidence from public order and domestic abuse incidents in 10 of London's 32 boroughs, as well as potentially contentious "stop and searches", Scotland Yard said. 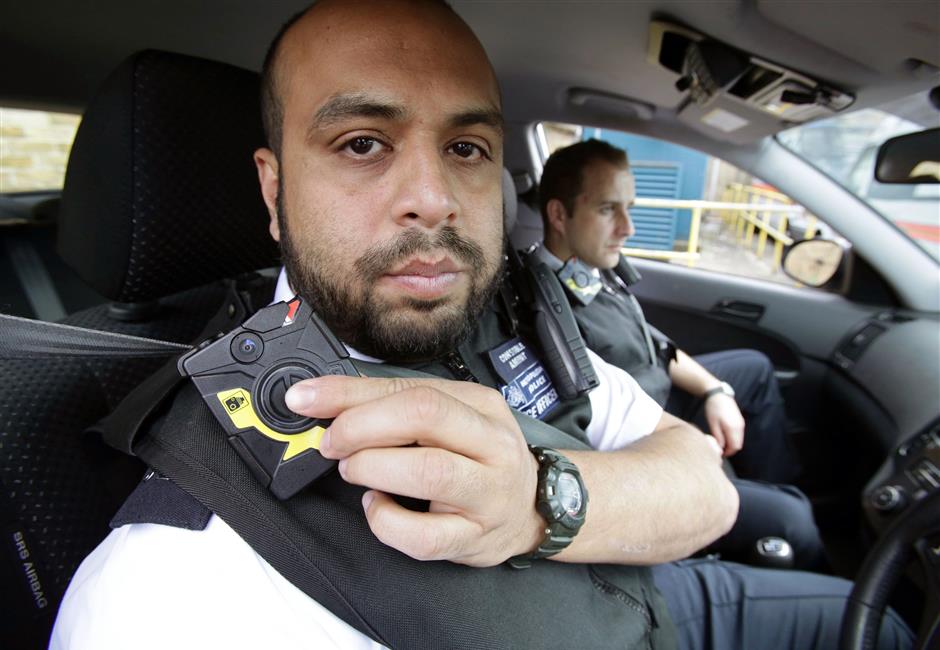 SMILE, YOU'RE ON CAMERA: Constable Yasa Amerat posing for pictures with a body-worn video (BWV) camera at Kentish Town in London. — ©AFP

The force has been testing body-worn cameras for several years but was given new impetus following the police shooting of suspected gang member Mark Duggan in 2011, which sparked days of rioting in the capital and cities across England.

An inquest jury in January found the killing was lawful but the coroner noted the "stark problem" posed by contradictions between the notes from officers at the scene and mobile phone video evidence taken by witnesses.

Scotland Yard Commissioner Hogan-Howe said at the time that armed police would in future wear video cameras to ensure a more accurate record was made of their actions.

The police chief said Thursday that the cameras, being trialled by unarmed officers, could also deter people from becoming violent towards police and speed up justice by providing a compelling reason for criminals to plead guilty. MORE TRANSPARENCY: A total of 500 cameras will routinely collect evidence from public order and domestic abuse incidents in 10 of London's 32 boroughs, as well as potentially contentious "stop and searches", Scotland Yard said. — ©AFP

"I believe it will also show our officers at their best, dealing with difficult and dangerous situations every day but it will also provide clearer evidence when it's been alleged that we got things wrong," he said.

"That has to be in both our own and the public's interest."

The data from the cameras will be uploaded at the end of every officer's shift and kept on file for a month before being deleted, unless it is required as evidence.

The cameras will not be permanently switched on and officers, who will wear them on their stab vests, have been told to alert members of the public "as soon as practical" that they are being recorded.

Failure to switch on the cameras as directed in police guidance will be treated as a disciplinary offence, Hogan-Howe said. — ©AFP/Relaxnews 2014