Too late to say 'I Love You' for Valentine's Day? New apps rush in

FEAR NOT: Those who fear that their penchant for procrastination may have foiled plans for a Valentine's Day of romance can turn to new apps that offer help with dinner reservations and fresh flowers, even at the last minute. — Reuters

TORONTO: Those who fear that their penchant for procrastination may have foiled plans for a Valentine's Day of romance can turn to new apps that offer help with dinner reservations and fresh flowers, even at the last minute.

Consumers expect to spend about US$133 (RM443.95) on Valentine's Day, with candle-lit dinners, flowers, candy and greeting cards the most common ways for couples to express their love, according to a National Retail Federation survey of more than 6,000 consumers.

But despite the best intentions, without some advance planning Cupid's arrow may not find its intended target.

For a spouse or significant other who forgot to make dinner reservations on one of the busiest restaurant nights of the year an app called NoWait let users view how booked a restaurant is and has virtual waiting lists.

"Valentine's Day should be spent falling in love with your wife again, or with your date. It shouldn't be stuck waiting," said Ware Sykes, the chief executive officer of NoWait, which is based in New York and Pittsburg.

The app shows how many people are ahead on a restaurant list and the estimated wait time. It will also send a notification when a table becomes available.

"It means you can make time to have a glass of wine at home or at a bar around (the restaurant), knowing you have the extra time you would normally spend waiting," Sykes explained.

Thousands of restaurants across the United States are available on the app, which launched last week on iOS and Android devices.

Several other apps aim to modernise and simplify the act of giving flowers on Feb 14. 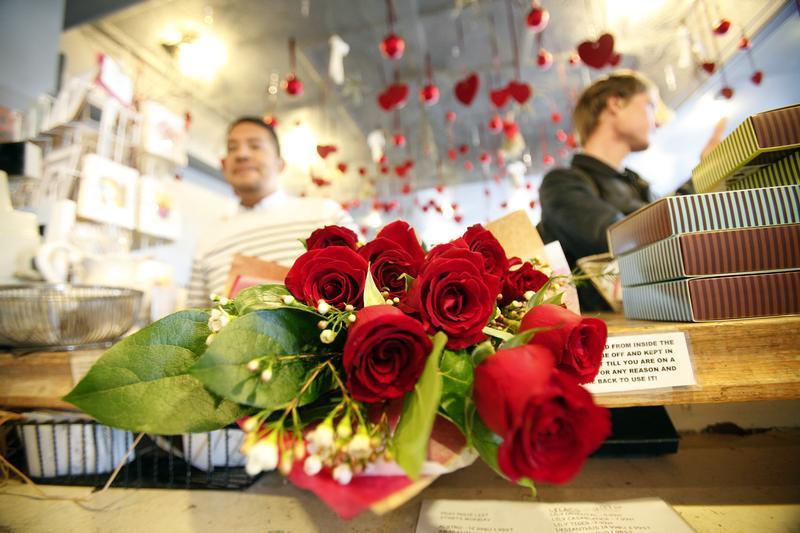 ROSES ARE RED: Several other apps aim to modernise and simplify the act of giving flowers on Feb 14. — Reuters

With ProFlowers, for iOS, and Bouqs for iOS and Android devices, users can order flowers from smartphones for delivery the next day. ProFlowers lets users pay by taking a photo of their credit card.

In the San Francisco area serious procrastinators can have flowers delivered with a hand-written note in 90 minutes via BloomThat, a new app for iOS. The app sends a notification when the flowers are sent and delivered.

"If you don't get your order in for flowers in the next few days you're not getting them, or you're scrambling at the grocery store to pick out the best of what's left wrapped in cellophane," said Matt Schwab, co-founder of the San Francisco-based startup.

For couples in New York City in need of a bottle of wine on Valentine's Day a new app called Minibar will deliver one within 60 minutes. Users enter their ZIP code, select wines or spirits and proceed to checkout.

The company has teamed up with the American Greetings card company to provide virtual Valentine's Day cards that can be personalised with a voiceover or music clip. A pack of 10 cards costs US$1.99 (RM6.64) and can be used an unlimited number of times. — Reuters