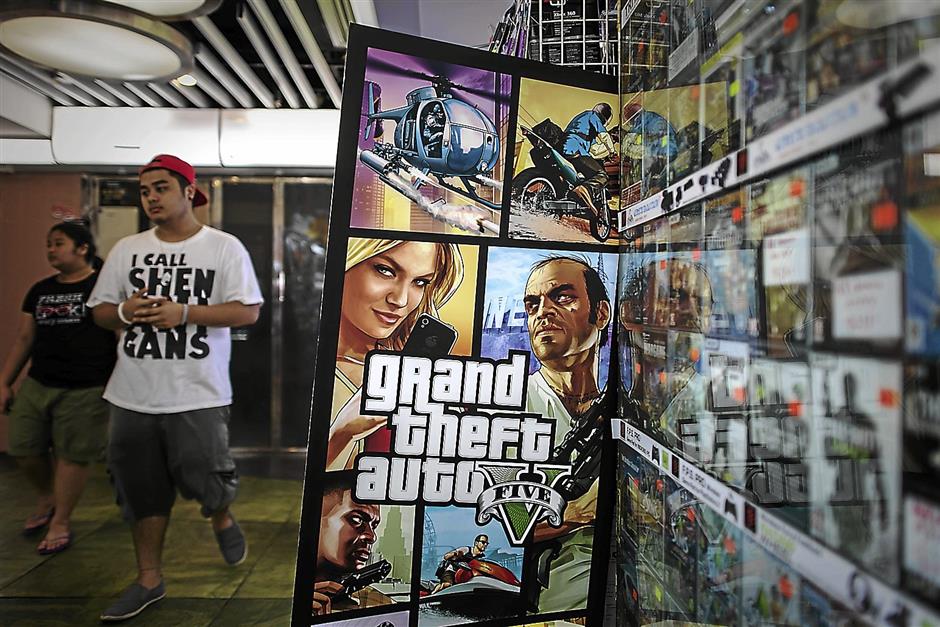 BIG HIT: A man walks past a billboard of the Grand Theft Auto game V in in Hong Kong. - AFP


Going into 2013, the hype was palpable. With dozens of anticipated projects launching and the prospect of new consoles, it looked as though this would be one of the best years ever in gaming. But it was more of a mixed bag, with unbelievable highs and several disappointments. With that in mind, here is the cream of that crop: The Last of Us: It may not have the scope of Rockstar North’s crime epic, but Naughty Dog’s postapocalyptic survival game has more going for it. It’s new intellectual property in a world full of sequels. It boasts a better narrative, and the developers coaxed out unforgettable performances from actors Troy Baker and Ashley Johnson. The Last of Us is the exact opposite of the blockbuster titles where players are empowered to save the world. It tells the personal story of Joel and Ellie with subtlety and grace, something that most games fail to do.

Grand Theft Auto V: It’s astonishing how developers can capture the past 10 years on a piece of plastic, but Rockstar North managed to do it. The team built a twisted facsimile of Southern California and made it mirror our own times. The trio of Franklin, Trevor and Michael deal with government corruption, money problems and each other in a gorgeous world that players can spend weeks exploring. 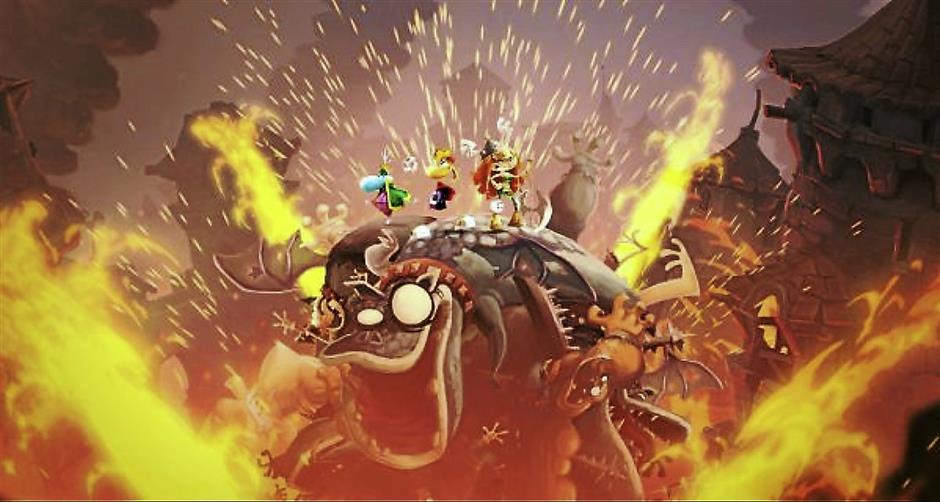 Rayman Legends: No game is as pure as Ubisoft Montpellier’s platformer. Delayed a few months, the project used the extra time wisely, making sure that every jump and obstacle was perfect. The level design proves that in the right hands, even older genres can be fresh, inventive and exciting. 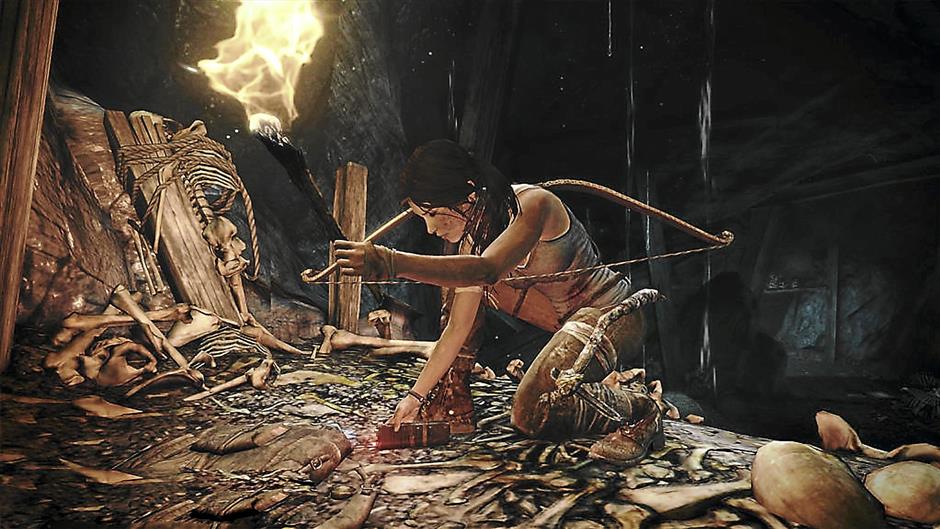 Tomb Raider: After several sequels, Lara Croft needed a reboot, and she got a major overhaul that proved to be one of the best adventures of the year. Crystal Dynamics blends a survival tale with smart combat and mission design. This is a game that finally brings the franchise out of the 1990s mold and injects it with a modern mindset. SimCity: Yes, Maxis stumbled out of the gate with its city builder, but months removed from its disastrous launch, this game proves to be just as addictive and educational as others in the series. This edition is prettier and adds the concept of regions where players have to work with or against each other by sharing resources, managing pollution and offering public services. It’s eerily similar to real-life city government issues.

Fire Emblem: Awakening: Ignore the simple battlefield graphics and appreciate the depth and story of this strategy role-playing game. This title is a great way to jump into the series as players create their own avatars and fight to protect the Halidom of Ylisse. What separates this iteration from predecessors is that characters develop relationships that affect combat and the plot.

Animal Crossing: New Leaf: Taken alone, this life simulator may not seem like much. It may even appear boring, but if played with a group of friends, it can be a huge time suck, as players build a town, decorate their home and deal with a slew of demanding residents. It’s a game that capitalizes on the feeling of discovery and growth, rewarding players who visit each day. 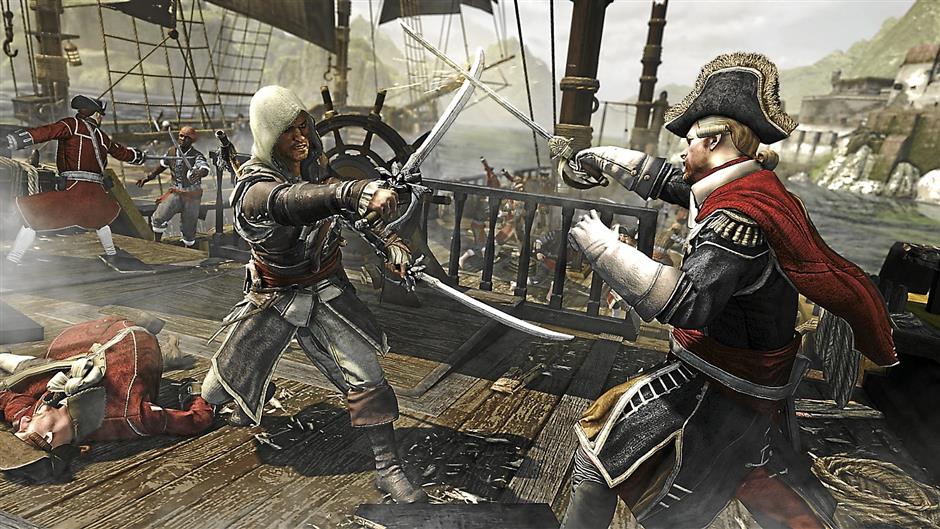 Assassin’s Creed IV: Black Flag: The series gets back on track with this pirate-inspired adventure. As Edward Kenway, players explore the high seas in search of a mysterious place called the Observatory. It takes the best part of the previous entry — the seafaring — and builds a great game around it.

BioShock Infinite: The good: Irrational Games’ follow-up to BioShock features a fascinating world and notable characters in Elizabeth and Booker DeWitt. The bad: When it comes to gameplay and story, the team drops the ball, especially toward the end. The best thing about BioShock Infinite is that it takes an unflinching look at the darker side of America’s history and tackles issues that most developers shy away from. Tearaway: Media Molecule’s foray on the PlayStation Vita is an innovative one, as the makers of LittleBigPlanet get the most out of the system, using its touchscreen, touchpad and camera for an enthralling adventure. Despite its flaws, the game constantly surprises players and has a finale that they won’t forget. — Contra Costa Times/McClatchy-Tribune Information Services