BERLIN: The next time you walk into a shop, consider this: You may not be using your phone, but it is giving out a unique signal that the retailer may be monitoring. A face scanner may check your age and gender while sensors pick up your body heat to help locate popular parts of the store.

Some people are less comfortable being watched in the offline world, prompting many in the business to promise to use only anonymised and aggregated data unless shoppers explicitly give their permission to be tracked.

But as retailers get more sophisticated and link the data they collect to loyalty card schemes, shoppers are starting to sign up to schemes that follow their movements in return for targeted discounts and apps that help them find products.

"Our customers are trying to run their stores or malls more efficiently," said Bill McCarthy, Europe and Middle East head of ShopperTrak, the US firm behind the Godiva counters.

The Chicago-based company says its counters, while not a new idea, helped Godiva's store in London's Regent Street improve customer service and hone its window displays, boosting transactions by 10 percent in six weeks.

As retailers seek ever more information, ShopperTrak has been investing in high-tech video and phone tracking systems to analyse how customers and staff behave inside a store.

"The information that we collect is strictly anonymous. We make extra efforts to ensure we keep nothing that is potentially personally identifiable," McCarthy said.

Tesco, the world's third biggest retailer, drew criticism from British privacy groups earlier this month with plans to scan the faces of queuing customers to determine their gender and rough age to better target adverts.

The company, which put the tracking of customer behaviour on a whole new level with its Clubcard loyalty card two decades ago, said it would not record images or store personal data.

Its advisers say some other retailers are less responsible.

"Too much is happening without consumer consent," said Simon Hay, chief executive of Dunnhumby, the customer science company owned by Tesco that is behind its loyalty scheme.

"You have to be transparent with data, tell people what you're doing with it and why and give them something in return."

That has long been the philosophy behind loyalty schemes, which are getting ever smarter as retailers link data from more sources. British shoppers now access an average of six loyalty schemes via their mobile devices compared to four in their wallets, a survey by mobile payments firm CloudZync showed.

Even if a customer does not use their smartphone while in a store, retailers can already deploy wi-fi signals to track their location to within three metres, said Darren Vengroff, chief scientist at US data company RichRelevance.

"Every retailer wants to better understand their customer," said Vengroff, previously the principal engineer at Amazon who helps clients like Wal-Mart, Sears and Marks and Spencer provide more targeted offers to shoppers.

"The challenge is to make it really personal and not just a bunch of technology like 'Big Brother' watching you and 'Minority Report' as you're walking down the street."

If a retailer identifies that a high-value shopper has just entered the store by their phone signal, it would be better advised to get a member of staff to give them extra attention rather than bombard them with text messages, Vengroff said.

Last month, a group of US companies specialising in location data for retailers agreed to a privacy code of conduct which includes signs posted in store to alert shoppers to the use of tracking technology and instructions for how to opt out.

"Even in an anonymous state, you can begin to pull together a profile of a customer, when they are coming to store, when they are mobile," said John Sheldon, global head of strategy at consultants eBay Enterprise.

"These are early days for these capabilities," Sheldon said, adding he expects the advent of wearable computing devices such as Google Glass to accelerate the trend towards more location-based tools to navigate shoppers towards deals.

Telecoms group Telefonica, owner of the O2 brand in Britain and other European markets, dropped plans last year to sell location data it collects from its mobile phone customers to German retailers due to a backlash over privacy concerns.

But it proceeded elsewhere, saying it gains insights only from aggregated data and does not sell personal information.

Telefonica helped Britain's No. 4 grocer Wm Morrison hone its marketing by using phone data to analyse how far potential shoppers would be prepared to travel to a store. That allowed it to target coupons to more households, driving a 150 percent increase in new or reactivated customers.

Many consumers are already shrugging off privacy concerns and embracing tracking technology: European retail consultancy Jupiter has seen a 90% opt-in rate for a platform which offers marketing and mobile payments on smartphones.

"Messages are less and less likely to be annoying because they will become more and more targeted as you interact," said Robin Bevan, Javelin director of location and analytics.

"The system is self learning: it tests the response rate to ensure that people don't get messages that aren't relevant."

The software is proving popular even in Germany, where data privacy is tightly controlled. Airline Lufthansa has integrated it into its "Miles & More" loyalty app, signing up more than 400,000 users since its launch in 2010.

On Valentine's Day, Lufthansa offered male app users aged 20-50 in Frankfurt airport a 20% discount at jeweller Swarowski. It was redeemed by 30% of those targeted, a much higher redemption rate than for normal promotions.

Sian Rowlands, an analyst at consultancy Juniper, sees the trend towards such promotions helping triple global spending on mobile advertising to US$39bil (RM117bil) in 2018 from US$13bil (RM39bil) now.

"At the moment, mobile users frequently see irrelevant adverts which are infringing on their mobile experience," she said. "Being able to target a user whilst they are out shopping versus at home has a greater impact."

The ability to track customers on their smartphones in the vicinity of a store should help "bricks and mortar" retailers fend off the online threat in other ways too, says Dan Wagner, head of e-commerce and mobile payment firm Powa Technologies.

"Geolocation is what is going to transform the leverage that a physical retailer has versus an online retailer," he said.

"If I transmit my location to the retailer, they could say I have a store 300 yards away. You could drop by in half an hour and I'll have your goods for you. Amazon can't do that." - Reuters 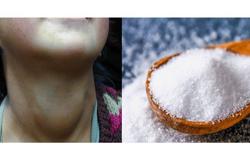 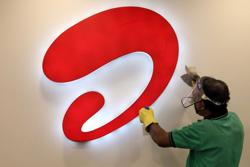