TOUGH: The S4 Active is well protected against the elements so you don't have to worry about dropping it in water or in the dirt.

LONDON: Samsung has officially expanded its Galaxy S4 family with the introduction of the S4 Active and the S4 Mini.

Although Samsung had earlier confirmed the existence of the S4 Active earlier this month in the lead up to last night's launch event in London, the company did however still have some exciting new info to divulge.

Chief of which is that the S4 Active has confirmed, qualified IP67 protection from dust and water (IP stands for International Protection against ingress of solid foreign objects and harmful ingress of water, with the highest level being IP68), so that you can take it snorkelling or hiking without fear.

You can even take brilliant underwater pictures with the 8-megapixel rear camera and Aqua Mode feature, which can be used to enhance underwater shots and videos, all made possible by the phone's fully sealed design that keeps dust particles out and protects against water damage - even the earphone jack is water resistant - but only for up to half an hour and submerged in a depth of up to one metre.

So pools and beaches, yes, but definitely no scuba diving with the Active!

The S4 Active boasts a 1.9 GHZ Quad-Core processor, 2,600mAh battery, 5in Full HD TFT LCD screen (443 PPI) and 'Glove Touch', wherein cold weather will no longer be a deterrent to keeping you connected since the touchscreen can be fully operated while wearing gloves.

As with the Galaxy NX and S4 Zoom, the phone's camera interface includes Sound &shot, Drama Shot that allows users to see all the action in one continuous time lapse, Story Album, Group Play and many more.

The phone shares the same features as the S4 with Air View, Samsung Smart Pause, Air Gesture, S Health, S Translator, and S Travel, to name but a few. 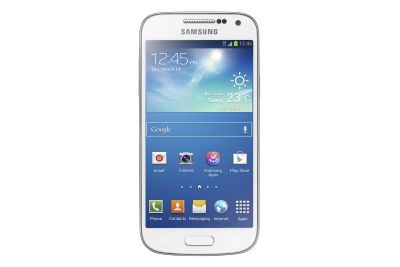 POWERFUL: The S4 Mini packs quite a punch with its 1.7GHz dual core processor.

Essentially a scaled down version of the S4, Samsung executives took pains to assure the audience that there had been strictly no compromising on quality when it came to packing the Galaxy S4's features into the S4 Mini's 124.6 x 61.3 x 8.94mm dimensions and 107g frame.

Its 4.3in HD Super AMOLED display and 1.7GHz dual core processor allows users to quickly and easily perform data intensive tasks in a portable, easy to operate with one hand design.

The 8-megapixel rear facing camera and 1.9-megapixel HD front facing camera are also automatically gathered and saved to a user's timeline, geotagging info or specific event to create an album.

Thus the Galaxy S4 Mini is capable of supporting many of the features and services provided by the Galaxy S4, including the ones mentioned above.

The GALAXY S4 mini will be available in two colors, White Frost and Black Mist.

Commercial availability of the GALAXY S4 mini supporting either 4G LTE, or 3G HSPA+ or 3G Dual SIM, will be determined by market.

There is still no official word yet as to local availability and peicing of the S4 devices.