A tale of two cameras

Freeze it: Both the Lumix G6 and GF6 produces excellent exposures in bright light with lots of detail.

Panasonic’s new range of Micro Four Thirds cameras are about to be released here, and Bytz had a chance to have some hands-on time with two of them, the Lumix GF6 and G6, at its event in Bali.

Journalists were given a day with the GF6 and the G6 with a variety of lenses to shoot from morning till evening. 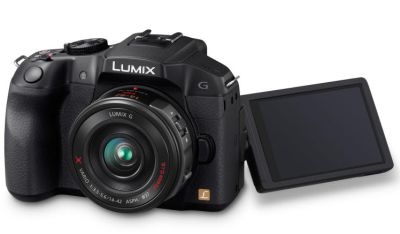 Swivel the screen: The Panasonic Lumix G6 has a more traditional DSLR design with fully articulating LCD and an electronic viewfinder.

The Lumix G6 and the GF6 are very similar in features, with both having similar Micro Four Thirds 16-megapixel image sensors, 3in capacitive touchscreens and ISO range from 160-12,800 (ISO 25,600 in boost mode).

However, in terms of size, they are quite different, with the G6 sporting a larger body and a more traditional DSLR look, while the GF6 looks like a compact camera. 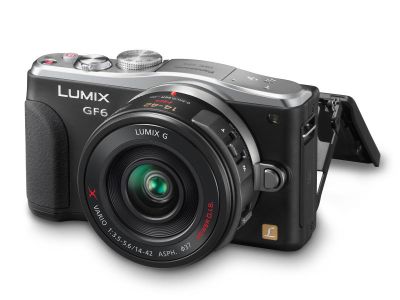 New look: The Lumix GF6 is a compact interchangeable lens camera with an LCD screen that can tilt upwards and downwards.

The difference in size is because the larger G6 has an electronic viewfinder (EVF) built-in, while the GF6 is more compact and composing is only via the external LCD screen.

The G6’s external screen is also fully articulated while the GF6’s is limited to tilting upwards and downwards.

There are a few other minor differences, but overall which camera the user will choose largely depends on whether he or she wants a more compact camera to carry around or a larger one with a built in EVF.

The big new feature on both the Lumix G6 and GF6 is the addition of built-in 802.11b/g/n WiFi and NFC (near-field communication).

NFC in both cameras is used to make it easier for smartphones to connect to the devices — the two devices can pair with one another by simply bringing their NFC chips into close proximity with one another. When paired with a smartphone, the camera can be controlled remotely and it will send a live feed to the phone, allowing the user to see and tap to focus on any part of the image as well as transfer images from the camera to the smartphone for easy sharing.

For smartphones without NFC like the iPhone, pairing is still possible, except that the user will have to manually enter the WiFi password to connect to the camera.

We didn’t have an Android phone on tap (pun intended) at the time but we did have an iPhone and pairing was actually relatively easy — the camera becomes a WiFi hotspot and you just use your smartphone to connect to it with the given passcode.

With the free Panasonic Image app from the Google Play store or the iOS App Store you can see a live view from the camera, choose the focus point and trigger the shutter remotely and download the image directly to your smartphone or tablet.

In practice, the feature worked very well and was very responsive on both the GF6 and the G6.

Both the cameras performed very well when it comes to autofocus, obtaining sharp focus very quickly in bright light, thanks to the camera processing focus information at up to 240fps (frames per second), allowing for very quick focus response times.

Even when light levels fell, the cameras were still able to obtain focus fairly quickly.

Although we didn’t have a chance to empirically test ISO performance at full resolution (the cameras didn’t feature the final release firmware yet), from our general shooting tests, we found the cameras to perform reasonably well in low-light at ISO 1600 with relatively low-noise results.

Panning panorama: The Lumix G6 has a mode which will automatically stitch together images as you pan across the scene. However it tends to be quite particular about the speed of the pan.

Both the Lumix G6 and GF6 have a mode which will create a long panorama as you shoot and pan from left to right.

The feature works reasonably well, but it seems to be quite particular about how fast the user pans, even in very bright light, often resulting in stitching errors in some shots.

Of course, there are a number of scene modes that comes with the camera, and in the G6 and GF6, there’s a Food mode which makes food on white plates look better by ensuring the white balance and exposure keeps the white plates looking white.

Now you see it: Both the Panasonic Lumix G6 and GF6 feature in-camera editing modes, like Clear Retouch which allows you to remove objects with a touch of a finger.

One of the most interesting features, however, is that both the GF6 and G6 have a Clear Retouch mode, which functions exactly like the Healing Tool in Adobe Photoshop.

Clear Retouch essentially allows you to remove unwanted objects in the image by simply scrubbing over it with your finger — the camera will then replace the object with similar patterns obtained from the area around the object.

Similar to Photoshop’s Healing Tool, Clear Retouch works very well when the object is on an area with busy, repeating patterns, like on a rocky beach, or where there’s a lot of grass.

In fact, we tested this quite a few times and were surprised that it worked very well in these situations.

Framerates aside, both cameras performed very well when recording video, with very clean, sharp videos even in the dim light of the evening.

Overall, we were very impressed with the quality of the G6 and GF6 in terms of autofocus and image quality.

Even at light levels so low that we could barely see our subject matter, the G6 and GF6 managed to obtain focus.

Video performance was also very good in low light, where both cameras produced clean, low-noise video where most modern DSLRs would exhibit a lot of noise in the same situation.

Both the Lumix GF6 and G6 should be making an appearance in this country by the end of this month.