Several governments in the developed world have been pushing for multilateral agreements to ban trademark theft on consumer goods and medicines, as have websites such as MegaUploads and PirateBay, which provide free film and music downloads.

But lawmakers say these agreements could give companies such as Internet providers unprecedented access to subscribers’ online activity, raising privacy concerns.

The Anti-Counterfeiting Trade Agreement (ACTA) — signed by 22 of the EU’s 27 countries, the United States and Japan among others but not ratified by any of them — is one of several, including the US-based draft copyright bills SOPA and PIPA, to fall foul of public opinion.

Measures “could involve the large-scale monitoring of users’ behaviour and of their electronic communications”, the European Data Protection Supervisor, one of several EU authorities that oppose the deal, said in a statement, adding this would go “beyond what is allowed under EU law.”

ACTA’s stated aim is to establish common sanctions for copyright breaches, but many countries have snubbed it.

In Europe, lawmakers care more about ACTA’s potential harm to the Internet than to generic drugs for poor countries.

Supporters of the agreement, such as the European Commission, which has been leading the EU’s negotiations with other global partners such as Japan and the United States, insist ACTA would only punish copyright crimes on a commercial scale.

The EU has asked its top court in Luxembourg to decide if ACTA dents people’s privacy. A ruling could take up to a year.

The European Parliament’s 700-plus members are due to vote on ACTA on May 29, with many saying they plan to reject it. — Reuters 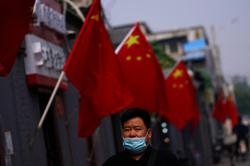