As 2017 comes to an end, I would like to look back and appreciate what an interesting year it has been for my favourite videogame company, Nintendo. Sure, this may be the year of the Switch console, but people overlook that 2017 is also the year that Nintendo really started making games for mobile devices. No, not the 3DS and Game Boy – those are handhelds.

The obvious question now is can Nintendo repeat the success it has had making great, high-quality handheld games in the incredibly saturated, free-for-all mobile games market?

Well, let’s put it this way: half of the games on my phone involves one of Nintendo’s intellectual properties, and I’m trying to finish reviewing all of them as quickly as possible so I can get back to playing them. All the games are available for Android and iOS smartphones so let’s get going!

The Animal Crossing series is about making friends with animals, but I’m not entirely sure where the “crossing” comes in. Fans love the series for its relaxing pace of gameplay, the social interactions you have with adorable talking animals, and the fact that you can freely decorate whichever small town you’ve been randomly elected to govern.

In Pocket Camp, that “small town” is an idyllic little campground in a scenic wilderness. You’ll collect fruits and fish from the forest; trade them with visiting animals for building materials; then use those materials to decorate your camp so you’ll attract more animal tourists. 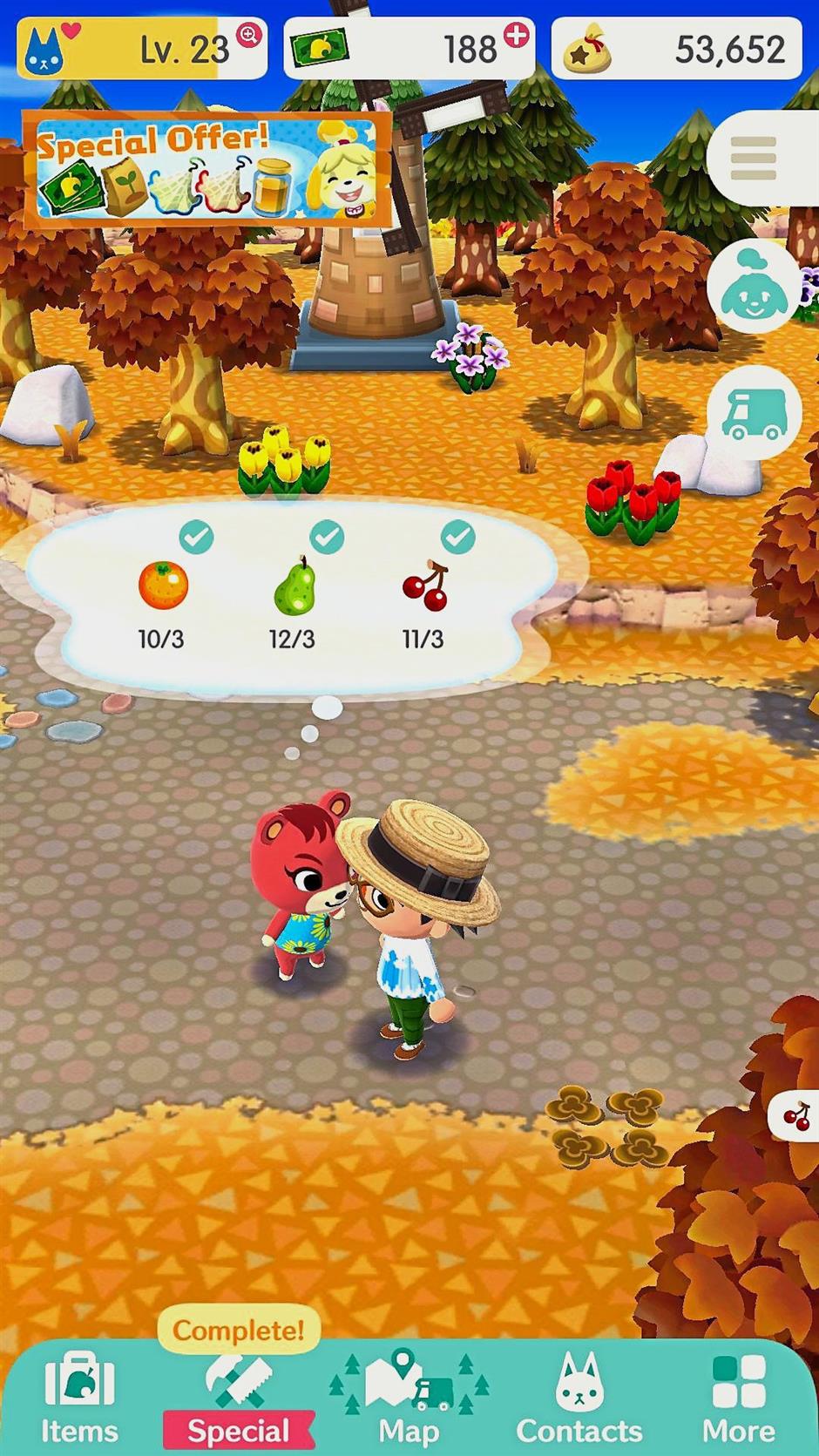 Animal Crossing is all about making friends – friends with the fluffiest, most adorable animals who make you do all the work.

The gameplay mechanic is, frankly, rather pointless, but it’s the charming, endearing kind of pointless which makes me look forward to checking my phone every three hours to see which new animal came to visit so I can welcome it with a fruit basket.

Pocket Camp’s freemium nature – you can spend real money to bypass build times and resource costs – may rub some people the wrong way, but I’m alright with it since it’s not pay-to-win. What’s there to win?

Overall, Pocket Camp is an adorable game for people who like Neko Atsume, but preferred it if, instead of cats, there was an alligator who talks like Mario.

Fire Emblem Heroes is an expertly designed turn-based strategy game with a “gachapon” system – basically, paying money for a random hero – and if you’ve ever gone nuts playing collectible card games like Magic: The Gathering, you’ll understand the dangerous appeal.

I’m not kidding: this is easily one of my favourite games of 2017, but if you ask me if I’d recommend it, I’d just scream, “Save yourselves! It’s too late for me, but you can flee before you start caring about the Fire Emblem series’ insanely huge cast of heroic knights and sexy warriors embroiled in political & romantic dramas and/or get engrossed with custom-building a perfectly ‘min-maxed’ team of fighters that can overcome the interesting variety of challenges the game offers!” (I can scream really long warnings.) 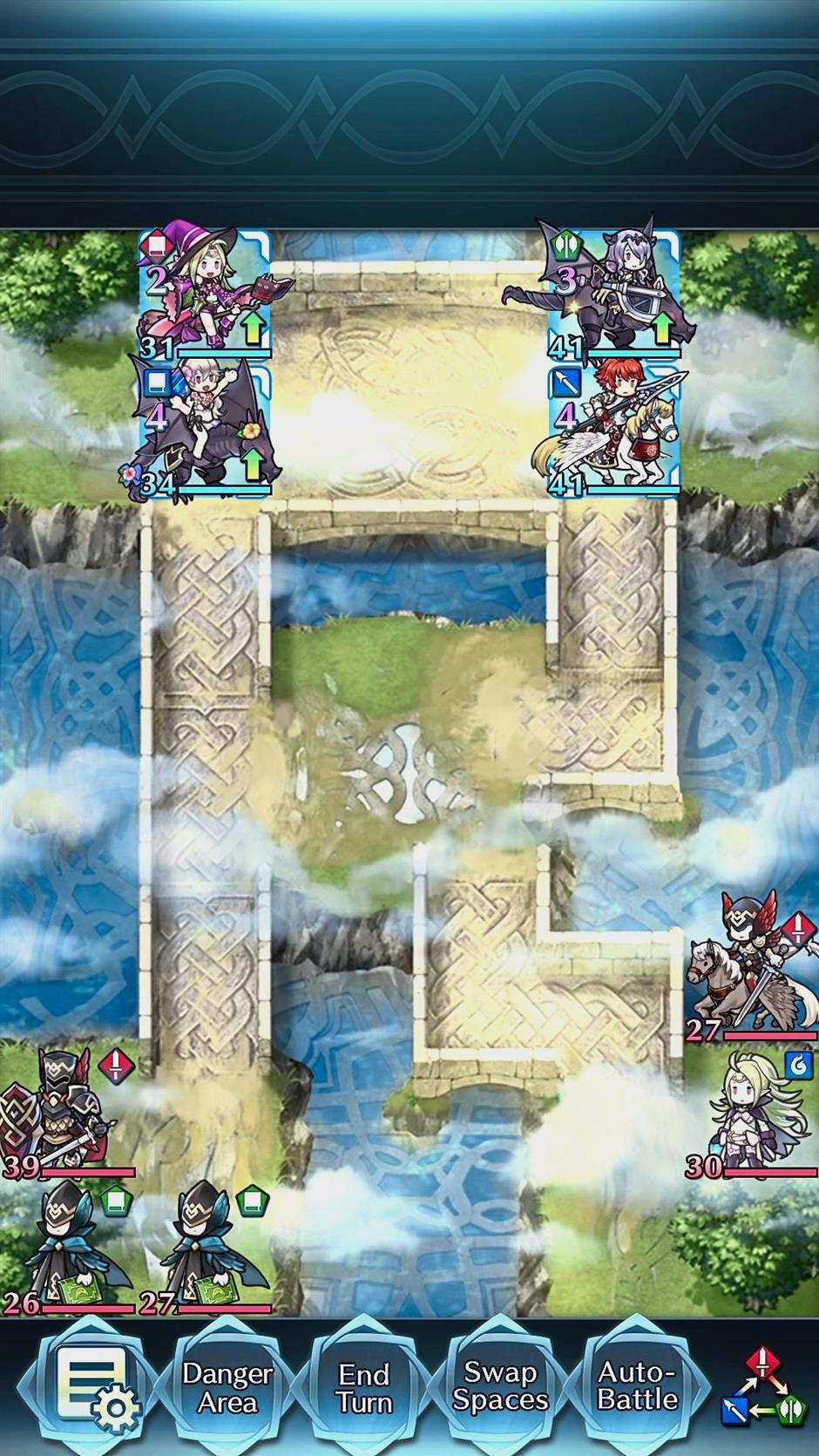 Fire Emblem Heroes will force you to make difficult strategic decisions on who to have on your team.

There are two things that make this game endlessly enjoyable: first, it’s quite simply a really good strategy game with a lot of tactical depth. You can breeze through the main story with your free heroes, but every new hero you collect opens new options for conquering the extended maps and competitive modes. A flier with the Reposition skill lets you flank through impassable mountains, a knight plus Distant Counter plus Obstruct plus a cleric lets you hold territory on defence maps and so on.

Second, the game is frequently updated, so you’ll always have some limited-time competitive event to look forward to, seasonal challenges to beat, or new heroes with unique powers to collect.

Fortunately, this freemium game is pretty generous with handing out “free samples” of its premium currency (Orbs) so even casual players can enjoy getting at least five random heroes every month without paying a cent.

Unfortunately, every now and then, Fire Emblem Heroes will say, “Oh BTW, for this April only, you have a 3% chance to get your favourite warrior onee-chan (big sister), but she’s dressed up in a limited-edition Easter bunny outfit”, and all I can do is scream “Save yourselves!” while I throw my credit card at the game.

Super Mario Run is a great idea on paper – it’s a game where the titular hero automatically runs through levels and all you need to do is tap the screen to jump.

The level design in Super Mario Run is superb – as expected of a Mario game – and the “story mode” of the game offers plenty of platforming fun. If there’s anything I look forward to in Super Mario Run, it’s unlocking a new world so I can master its novel new challenges, whether it’s jumping across an airship or dodging sawblades in a lava castle.

Unfortunately, for a game that’s about speed and skill, Super Mario Run feels tediously slow, since it constantly needs to connect to the Internet. Want a quick run while standing in a queue? Please enjoy these numerous loading screens. Super Mario Run is strangely more suited as a sit-down-and-play console experience than a play-on-the-go mobile experience.

The game’s first “world” and its accompanying endless competitive mode are free to play, but you’ll need to make a one-time purchase to unlock the full game. It’s worth trying just for the heck of it, but honestly, I’d recommend using your time to play the absolutely brilliant Super Mario Odyssey instead – now that’s a proper Mario game.

Also, before you point it out – yes, I know Super Mario Run was first released in late 2016, not 2017, but that was only for iOS and I refuse to acknowledge Apple’s dominance in the mobile game market. Viva la Android!

Fun fact: not all of the games we associate with Nintendo are developed or owned by Nintendo.

Two of these mobile titles deserve honourable mentions because despite the double quotes around these “Nintendo” games, they still carry that Nintendo seal of quality.

I love the Professor Layton series on the DS/3DS – they’re essentially a collection of varied puzzles (everything from logic games to picture puzzles to riddles) wrapped inside a charming 1980s anime. Basically, imagine Sherlock Holmes as a combination of cartoon and adventure.

Layton’s Mystery Journey follows the adventures of Katrielle Layton – the daughter of the original Professor Layton – as she goes around solving rather goofy mysteries in an old London populated solely by people who communicate via puzzles. Want to buy bread? First weigh these flour bags. See that cat? She has a riddle about fish. Need to use the bathroom? Better solve this flushing riddle quickly!

If you love puzzles, buying Layton’s Mystery Journey should be a no-brainer. It’s well worth its “full game” price (as opposed to freemium), as it’s a well-crafted game with quality and content that eclipses most offerings on the mobile games market.

Only one puzzle needs solving: will you get this game for your mobile phone or your 3DS?

Bonus: Layton’s Mystery Journey is the only game on this list that can be played with no Internet connection.

Of course I’m going to mention Niantic’s Pokemon Go. We did a whole review back in July 2016 and we even made our reviewer run around in a Pikachu outfit.

However, there’s really not much more to be said about Pokemon Go. Either you already know about this global phenomenon and have experienced running around your neighbourhood throwing Pokeballs at virtual monsters; or you’re one of the very, very few confused neighbours wondering why crazy people are standing outside your house screaming peek-ah-choo. (Bless you.) 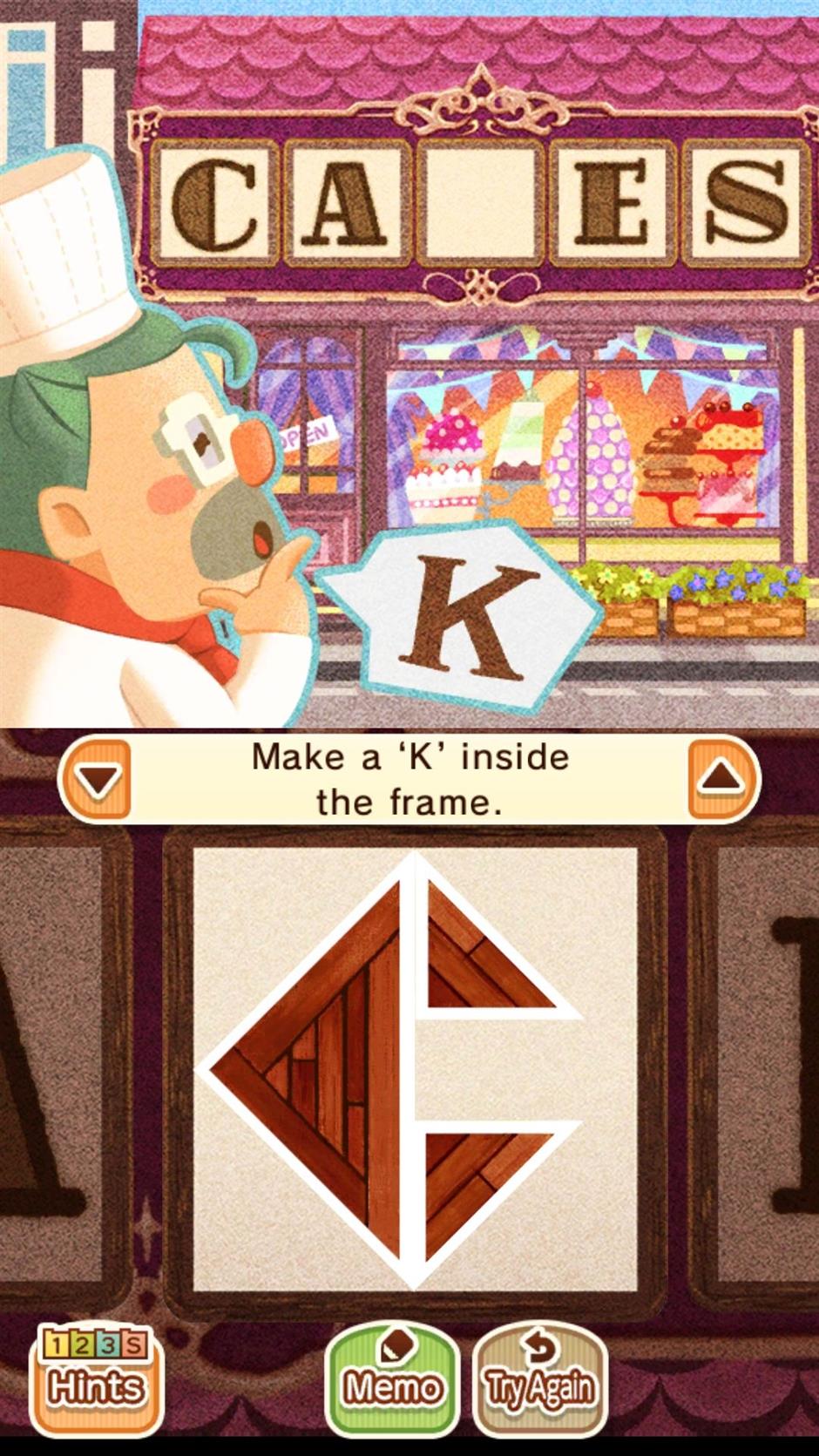 Laytons Mystery Journey is half anime, half puzzle collection, and all charming entertainment.

Personally, I’ve stopped actively playing because – like half of my friends – I didn’t find Niantic’s slow trickle of updates enough to slake my thirst for novel new content or interesting game mechanics.

However, the other half of my friends still love running around collecting new monsters that Niantic occasionally releases, and appreciate the rare improvements such as the newly-introduced weather system.

To them, Pokemon Go continues to be more than just a game – it’s a shared social experience, one that joyfully brings like minded people together to raid gyms, catch ‘em all, and thoroughly confuse that one neighbour down the street whose house is a Pikachu nest.

It has been a really good year for Nintendo games, and I’m pleasantly surprised to see that many of those great Nintendo games ended up on my mobile phone.

I sincerely hope this article helped you find a mobile game to enjoy, but if not – hey, 2018 is just around the corner, so we can all look forward to a whole new year of videogames to play, whether it’s cooked up by Nintendo or another great game developer.

Happy gaming and have a great new year!