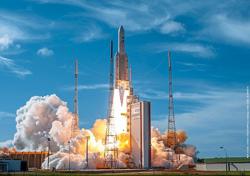 A cleaner alternative to fossil fuels, hydrogen fuel produces energy and water as the byproduct upon combustion, leaving carbon emissions out of the picture.

GLOBAL urbanisation and industrialisation are leaving mighty dents in the environment and enormous carbon footprints that can no longer be 'absorbed' from the atmosphere.

As the world comes together in an attempt to halt, or ultimately reverse, the effects of global warming and climate change, the question remains as to whether we have what it takes to 'decarbonise' by 2030.

“The majority of countries in the world are still highly dependent on using carbon derivative fuels as primary energy sources, with existing fossil fuel-related energy infrastructures already in place,” he explained.

As per the Paris Climate accords, it is believed that the world's carbon emissions will need to be cut by 50% by 2030 in order to keep the global temperature rise within 1.5°C above the pre-industrial level. 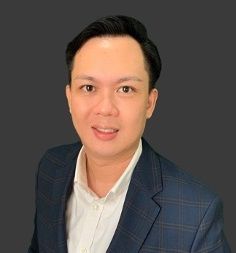 Prof Chong said that there has to be a drastic, positive change in developing sustainable and environmentally friendly engineering practices

“This means that we need to ‘decouple’ the relationship between global urbanisation and industrialisation activities with carbon emissions – indicating that while we are modernising rapidly, the carbon emissions in the environment will need to take a significant dip.

“Ironically, the concept of decoupling is almost impossible to achieve entirely in the immediate-to-mid term, unless we have sustainable and renewable energy systems and infrastructures that are ready to meet the demand,” Prof Chong said.

In moving away from the carbon-based economy, there is also an urgent need to adopt new engineering methods, just like how people are trying to adapt to environmentally conservative lifestyles.

Prof Chong aims to do just that as he leads a team of national and international researchers – comprising research scientists, postdoctoral fellows and PhD students – who are working on developing advanced nanotechnological systems to produce green solar hydrogen (H2) fuels and useful C1-C4 chemicals.

These will play a vital role in today’s critical energy transition period.

According to Prof Chong, areas such as production, storage, transportation and use of H2 fuel, still require new engineering designs and improvements.

“One of the major issues surrounding the production of H2 fuel lies in the energy input required to extract H2 that is present in numerous compounds, such as water (H2O), ammonia (NH3), methane (CH4) and hydrogen peroxide (H2O2).

“It would be counterintuitive to produce H2 fuel using fossil fuels, which contribute to carbon emissions and do not substantiate in the economic sense,” he said.

When H2 fuel is combusted, it produces energy and water as the byproduct, leaving carbon emissions out of the picture, which undoubtedly benefits the environment.

Currently, the water-gas shift reaction accounts for more than 95% of global H2 production, rated as brown and/or grey H2 fuel, due to the use of fossil fuels origin such as coal and natural gas during its production.

Prof Chong's research team was established in 2013, through the support of various universities and national and international competitive funding schemes that exceed RM20mil. And it is still growing.

Several ongoing research projects are being developed into green engineering solutions at Monash for related industries locally and in other countries worldwide. 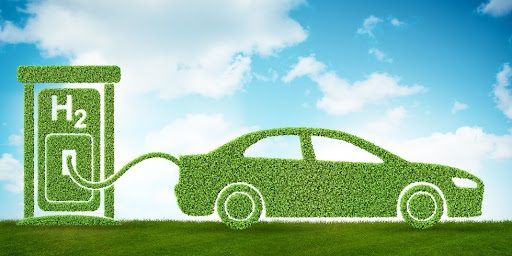 Malaysia can become a globally competitive supplier of H2 fuel by 2027, if sustainable and renewable energy systems are available.

“We are adopting a 'Whole of System Design' concept in our engineering approach. We closely scrutinise the relationships and synergies between system factors to ensure that the most feasible, cost-effective and environmentally friendly green engineering systems are designed and implemented.

“Sustainability is the core of our materials and engineering process system design and is not taken as an 'add-on' after exercising the norm engineering approach,” Prof Chong said.

“By working closely with industries, we are anticipating a rapid adoption of our technology to establish Malaysia as a globally competitive supplier in exporting green H2 fuels as early as 2027.

“In return, this will bring societal impacts and changes as it creates an important paradigm shift towards a carbon-free energy society,” he said.