#WattaDecade of quality education and beyond 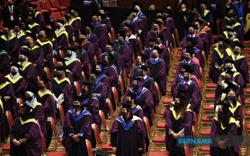 AS one of the world’s first mechanics’ institutes to be established, Heriot-Watt University (HWU) is rich with a 200-year heritage. In fact, it stands as the eighth oldest higher education institute in the United Kingdom since setting up in the heart of Edinburgh back in 1821.

This year, Heriot-Watt University Malaysia (HWUM) celebrates a milestone with “10 Years of Impact in Education and Beyond” with the One-Watt global alumni and looks back on a decade of creating positive impact in the country beyond just quality education. 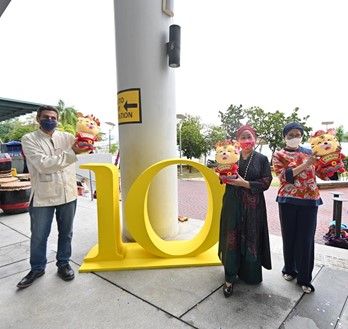 At the heart of the institution remains its core values: inspire, collaborate, celebrate and belong. They define the people, programmes and culture across the institution, in line with its commitment that students are FutureMade to meet the opportunities and challenges ahead of them.

HWUM caters to a global network of students from over 62 countries worldwide and has produced over 2,000 graduates through their undergraduate and postgraduate programmes. A total of 1,395 undergraduate students have received their scrolls from HWUM. In 2021, 45% of them graduated with First Class honours degrees. Special CNY performances including 12 drums performance and lion dance on HWUM Green Campus in Putrajaya to mark its 10th anniversary.

HWUM’s student community are developed into purpose-driven leaders through its “positive education” approach, which promotes the holistic development of its students while encouraging them to mobilise their purpose to positively impact the world.

Post-SPM students who join the foundation programme are exposed to and guided by this approach, which focuses on the development of students’ emotional intelligence and a sense of purpose via HWUM’s EmPOWER programme. The #WattaDecade anniversary was an intimate ceremony involving its students, academic leaders and staff members.

“Heriot-Watt University is proud to be a university that fosters the ethos of inclusion and education for all since its inception,” said HWUM chair of the board of directors Datuk Yasmin Mahmood.

In support of the 30% Club in Malaysia as well, the HWUM’s senior leadership team and the Executive Management Committee are 50% and 40% female respectively.

As part of its efforts to widen the access for women, the university was also the first institution in Scotland to introduce women into Science, Technology, Engineering, and Mathematics (STEM) programmes.

HWUM also introduced the Women in Science and Engineering (WISE) Scholarship for female students who want to pursue Engineering and Science as a career.

“We endeavour to support our global communities by enhancing their welfare and resilience by enabling them to be the best versions of themselves,” said HWUM Provost and chief executive officer Professor Mushtak Al-Atabi.

“Widening participation and attracting the less represented groups will remain a priority. Towards this, we aspire to offer 200 full scholarships to enable deserving students from the B40 community to have access to a life-changing UK education.”

Relevance is key to employability

The university’s world-class programmes are developed based on the current needs of businesses and industries, and are accredited to ensure career-relevant education alongside an environment that helps foster purpose-driven leaders who are able to contribute positively to communities.

In Malaysia, HWUM works closely with accreditation bodies such as: 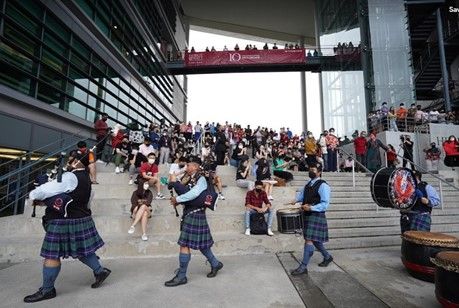 Special performances by the Kuala Lumpur Pipes and Drums to honour the university's 200 years of Scottish Heritage.

Students can transfer to any of the university’s global campuses through HWUM’s Go Global inter-campus transfer programme. About 90% of its students are in employment or furthering studies within six months of graduating.

“Soon, more students will be able to participate in the Go Global programme. This will enhance their learning experience, widen their cultural horizons, and improve their employability prospects,” said Prof Mushtak.

HWUM ranks 30th out of 131 institutions in the UK, and 6th in Scotland, according to The Times and The Sunday Times Good University Guide 2022. The university also ranks in the Top 10 for Research Impact in the UK.

The future is now

HWUM, through its portfolio of programmes which are carefully tuned to the needs of the Fourth Industrial Revolution (IR 4.0) and its graduates, will continue to promote education, research, and innovation.

Its EmPOWER programme will be further enhanced towards advancing a sustainable, just, and equitable landscape in Malaysia and internationally. 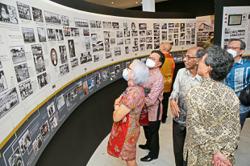 Future energy and smart communities at Estcon2022
Shell NXplorers Sabah winners pave the way for STEM innovation
Advancing prosperity for all
Our water, our future
The need for information security (InfoSec) experts
Giving wings to artisan dreams
Trendy lifestyle commercial hub on the rise
Celebrating one of Scotch whisky’s most influential women – Janet Harbinson of The Macallan
TRIO SAVINGS FOR A COOL HOME
To Europe and beyond in 2023