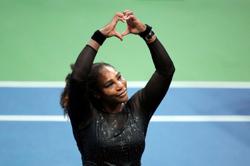 FILE PHOTO: Aug 16, 2022; Cincinnati, OH, USA; Serena Willams (USA) follows through on a forehand in her match against Emma Raducanu (GBR) at the Western & Southern Open at the at the Lindner Family Tennis Center. Mandatory Credit: Susan Mullane-USA TODAY Sports

(Reuters) - Serena Williams will take her final bow on tennis's biggest stage at Flushing Meadows but the U.S. Open is unlikely to provide a fairytale finish for one of sport's most fascinating figures.

Tennis has been preparing for this moment for a while, watching as Williams transitioned from champion, to mother, wife, entrepreneur and finally tennis part-timer but in some ways her decision seemed to catch everyone off guard. Even Williams herself.

Williams signalled her intention to retire in a Vogue article in early August, saying she was "evolving away from tennis" but never confirming the U.S. Open as her final event.

The tennis world, however, is preparing a massive retirement party at Flushing Meadows.

Certainly there could be no more fitting place to bring the curtain down on one of tennis's great careers in a city that has been in her corner from the very beginning, fuelling runs to six U.S. Open crowns.

It is the place where Williams won the first of 23 singles Grand Slam titles in 1999 and if Hollywood were writing the script, it would also be where she would win her last, an elusive 24th major that would pull her level with Margaret Court at the top of the all-time list.

But even the most hardcore Williams supporters will find it difficult to believe the 40-year-old can conjure up that kind of magic.

"Emotions can only carry you so far, I don't see a Cinderella happy ending where she wins the tournament," Martina Navratilova, winner of 18 Grand Slam singles titles and the world's top ranked player for 332 weeks, told Reuters.

"The way she has looked, it doesn't look like she is going to make a miraculous comeback and win the tournament."

As farewell tours go Williams's has been more melancholy than joyful.

World number one for 319 weeks, Williams will arrive at the U.S. Open ranked below 600 and unseeded.

She now plays sporadically, competing at just three events this season. In fact, since being beaten in the last 16 at Roland Garros in June 2021, she has won only one match.

She will arrive at Flushing Meadows on the back of a 6-4 6-0 humbling in Cincinnati by British teenager and U.S. Open champion Emma Raducanu.

That did not go down well with the American, with the grim-faced Williams marching off Centre Court with barely a wave to an adoring audience that had cheered her on throughout.

For however long Williams remains in the draw, the spotlight will not stray until she exits or compelling contenders emerge in what is seen as the most wide open tournament in years.

One player to benefit from the Williams hysteria will be Raducanu, who captivated tennis fans last year with her Cinderella run from qualifier to Grand Slam champion.

Without a title since her U.S. Open victory, the 19-year-old has been under tremendous scrutiny and she will no doubt be happy for Williams to hog all the limelight as she eases into her title defence.

World number one Iga Swiatek, winner of six tournaments this season, enters as favourite but the Pole has seen a dramatic dip in form since lifting the French Open trophy in June. She has laboured on the North American hard courts, winning only one match at each of her two Flushing Meadows tune ups in Toronto and Cincinnati.

Twice U.S. Open champion Naomi Osaka cannot be overlooked but has struggled for fitness after sustaining an Achilles injury at Wimbledon and has also not found any success on the hard courts.

Romanian Simona Halep, winner in Toronto, had looked a good bet but was forced to withdraw from Cincinnati in the second round with a thigh strain leaving her U.S. Open participation in question.

The form player ahead of the year's final Grand Slam is big-hitting Frenchwoman Caroline Garcia, who emerged from the shadows in spectacular style by becoming the first qualifier to win a WTA 1000 event. She eliminated three top 10 opponents en route to capturing the Cincinnati Open.

(Reporting by Steve Keating in Toronto. Editing by Pritha Sarkar) 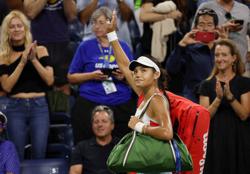