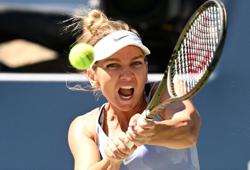 (Reuters) - Teenager Coco Gauff will become the new world number one in women's doubles when the rankings are released on Monday after her weekend title win at the Canadian Open with fellow American Jessica Pegula.

Gauff will move up from sixth to displace Elise Mertens from the top of rankings, on the back of the victory, over Nicole Melichar-Martinez and Ellen Perez in the final of the U.S. Open warm-up tournament.

The 18-year-old is the second youngest player to top the women's doubles rankings after Martina Hingis, aged 17 when she achieved the feat in 1998.

Gauff said becoming world number one in doubles was "pretty cool" even if she could not claim it was a childhood dream.

"As a kid, I'm going to be honest with you, I didn't even know there was separate rankings for singles and doubles," she told reporters in Toronto.

"But when I got on tour and when I realised I could do well in doubles ... I wanted to. I mean, who wouldn't want to be number one in anything?"

Gauff and Pegula, who reached the final at the French Open this year, confirmed that they would pair up for the rest of the season where their schedules allowed.

That includes later this month at the U.S. Open, where they will be looking to become the first all-American team to win the women's doubles title at Flushing Meadows since Liezel Huber and Lisa Raymond in 2011.

"That would be pretty cool. We were close at French Open," said Gauff, who lost in the U.S. Open final with Caty McNally last year.

"But I don't want to put any pressure on ourselves. I think we play the best when we just take it one match at a time and one point at a time."

A quarter-final loss at the hands of eventual champion Simona Halep in Toronto means Gauff will drop down the singles rankings from her career-high position of 11th later on Monday. 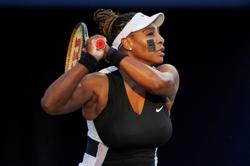