Aug 10, 2022; Toronto, ON, Canada; Bianca Andreescu (CAN) looks to her coach after a play against Alize Cornet (not pictured) at Sobeys Stadium. Mandatory Credit: John E. Sokolowski-USA TODAY Sports

TORONTO (Reuters) - Former U.S. Open champion Bianca Andreescu said she has found the joy in competing again, months after the 22-year-old revealed that she was close to quitting the sport over mental health issues.

After returning to the Tour in Stuttgart in April for the first time since her appearance at Indian Wells last October, Andreescu said she was struggling a lot mentally and was no longer enjoying being on court.

But she was once again enjoying fighting for victories, Andreescu said after defeating France's Alize Cornet for the first time in three meetings to reach the last 16 of the Canadian Open in Toronto.

"Man, I just enjoy pushing myself a lot. I love challenging myself," the Canadian said. "Before it was kind of a hassle for me to do that. But now I really enjoy it. I love testing my limits."

In 2019, Andreescu won in Indian Wells and the Canadian Open at home before going on to lift her maiden Grand Slam title at the U.S. Open in New York.

She rose to a career-best ranking of fourth the same year but has since struggled with injuries, never able to reprise the same form again.

Andreescu, ranked 53rd, has made some tweaks to her routine -- like rising early -- and it has paid dividends.

"But I tried it out and I really like it. I feel like I get a lot done during the day.

(Reporting by Sudipto Ganguly in Mumbai; editing by Pritha Sarkar) 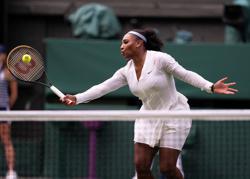