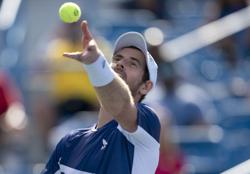 LONDON (Reuters) - British number one Cameron Norrie sailed into uncharted territory by reaching the fourth round at a Grand Slam for the first time with a comfortable 6-4 6-1 6-0 win over American Steve Johnson at Wimbledon on Friday.

The world number 12, who joined compatriot Heather Watson in the last 16, next faces another American in Tommy Paul.

Norrie becomes the first British man in five years to reach the last 16 at Wimbledon, the previous being twice champion Andy Murray. It was a much easier outing than his previous match when he was taken to five sets by Spaniard Jaume Munar.

"It feels really good, especially here at Wimbledon, at home. First time in the second week of a Grand Slam and I couldn't be happier especially with all my friends and family watching me," Norrie said on court.

"It's good timing that they're here! I enjoyed that match today and it was a bit less stressful than the last round for my squad."

The first set was a fairly even contest, staying on serve as both players cancelled each other out. Johnson's serve, regularly above 120mph, also kept Norrie at bay, with seven aces to none for the Briton.

However, ninth seed Norrie finally made the breakthrough in the 10th game to clinch the set before grabbing an early break in the second after Johnson's resistance started to wane with successive double faults and unforced errors.

A long backhand from the 93rd-ranked American gave Norrie another break opportunity which the Briton sealed to go 5-1 up. From there he comfortably served out the second set.

Any hope of a recovery for the 32-year-old American were all but put to rest in the first game of the third set which lasted almost 15 minutes but ended with another early break for Norrie.

He grabbed two more en route to closing out the set 6-0 and clinching his place in the last 16 to the cheers of the crowd.

"I'm as ready as I can be - I'm training as hard as I can and it's been a tricky grass season and I've peaked at the right time," said Norrie, who reached a career-high ranking of 10 in April this year. 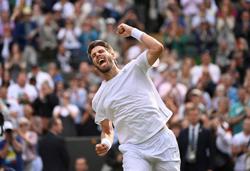 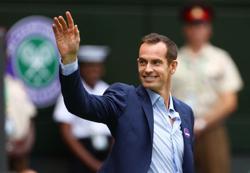