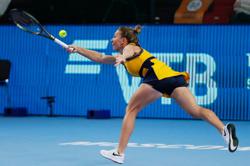 (Reuters) - Emma Raducanu said she has had time to let her U.S. Open win sink in and is now ready to vie for more titles as the Briton prepares for a return to competition at Indian Wells, where she could face her "idol" Simona Halep in the second round.

The 18-year-old will face Belarusian Aliaksandra Sasnovich in Friday's opener, her first match since her improbable triumph at Flushing Meadows.

World number 22 Raducanu, who became the first qualifier to claim a major title, said she was amazed by the quality of her tennis in the New York final when she watched a replay of the match.

"It was such a cool experience and sometimes you do just rewind and relive the moment and the feelings. It's great to reflect and have that so gradually it sort of sinks in," Raducanu told British media.

"I'm just super proud of the achievement. I'm now looking forward. I'm not going to cling on to that. I'm still hungry for more, really."

Raducanu could face double Grand Slam champion Halep in the second round but did not want to look too far ahead.

"Every single player in this draw is high quality. Anything can happen," Raducanu said.

"Obviously Simona is my idol and if it were to happen I'd be really excited and up for it because it's an amazing opportunity and experience. One match at a time. Just looking forward to getting out there when I play my first match." 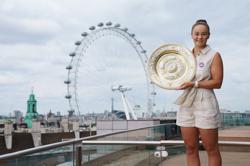 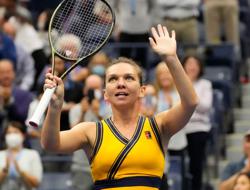