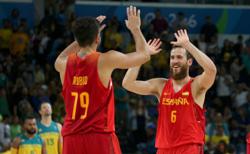 (Reuters) - The International Tennis Federation (ITF) on Thursday said the qualification period for this year's Tokyo Olympics would be extended by a week until June 14 to accommodate the postponement of the French Open due to the COVID-19 pandemic.

The French Tennis Federation last week said the claycourt Grand Slam would be held one week later than originally planned, beginning on May 24 and finishing on June 13.

The ATP and WTA world rankings as of June 14 will be used to select players eligible for direct acceptance into men's and women's singles and doubles in Tokyo.

"The change of ranking date from June 7 to June 14 is to reflect the new dates of 2021 Roland Garros," the ITF said in a statement https://www.itftennis.com/en/news-and-media/articles/itf-revises-entry-ranking-date-for-tokyo-olympic-tennis-event.

"Following this date, the ITF will inform all National Olympic Committees (NOCs) and National Associations (NAs) of players eligible for direct acceptance into the men’s and women's singles events.

"The NOCs and NAs will confirm the entry of eligible players and submit nominations for men's and women's doubles events. The ITF will announce the full entry lists by the end of June."

Entries for the mixed doubles event will be determined from the list of players already competing in the Olympic tennis tournament.

Each nation is limited to six men and six women, with a maximum of four singles players and two doubles teams for both genders. Nations are also limited to two mixed doubles teams. 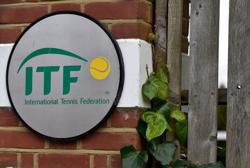