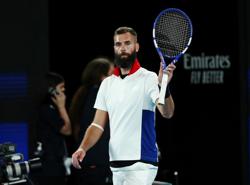 (Reuters) - Frenchman Benoit Paire crashed out of the Argentina Open after tanking his final service game and being docked a point for spitting on the court in a 4-6 6-3 6-1 defeat to Francisco Cerundolo.

World number 29 Paire, seeded third in the tournament, lost his temper over a line call when 2-0 down in the second set after a Cerundolo serve down the middle was judged an ace.

The bearded 31-year-old argued heatedly with the chair umpire on court over a mark in the clay next to the line but failed to convince the official to overturn the call.

Paire then spat on the mark and shouted obscenities, earning a warning for a first code of conduct violation.

Later in the set, he was docked a point for a second code of conduct violation after again spitting and arguing with the chair umpire.

Serving at 5-1 down in the third set, Paire made two seemingly deliberate wild double-faults to lose the match, tapping his last serve well wide while a ball-kid was still on the court retrieving his previous serve.

After the match, he posted a screenshot of his career winnings of $8.50 million and wrote: "In the end it's worth it to suck."

Renowned as a hothead, Paire has had a number of indiscretions through his career, including being kicked out of the 2016 Rio Olympics by the French delegation for spending too much time away from the athletes' village.

After being knocked out of the first round of the Australian Open, Paire launched a tirade at organisers, accusing them of "shameful" treatment of players during quarantine ahead of the Grand Slam.

(Reporting by Ian Ransom in Melbourne; editing by Richard Pullin) 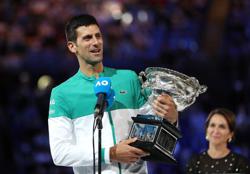 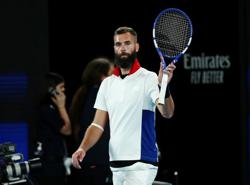