Swimming-Australia's Jack out of world championships after hand injury 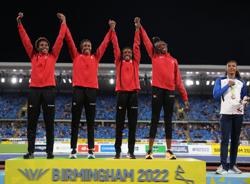 (Reuters) - Australian swimmer Shayna Jack has withdrawn from the world championships in Budapest after breaking her hand during a training session, she said on Wednesday.

Jack, 23, was part of the Australian team that won gold in the 4x100 metre freestyle event on Sunday.

"I'm broken-hearted to announce that I have to withdraw from the rest of the competition and that I won't have the opportunity to achieve everything I wanted to," Jack wrote on Instagram.

"I am still so proud of what I've achieved, how far I've come with the amazing team mates I've been able to medal with."

Jack added she will focus on the upcoming Commonwealth Games, which begin on July 28 in Birmingham.

The world championship was Jack's first major international meet in three years after receiving a four-year doping ban, which was later reduced to two years. 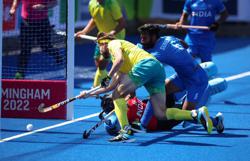