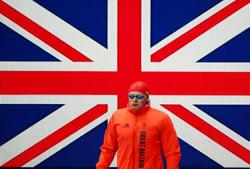 TOKYO: Britain’s Adam Peaty clocked a scorching heat time to kickstart the defence of his Olympic 100m breaststroke crown on the opening day at the Tokyo pool, but Japanese world champion Daiya Seto failed to make the 400m medley final.

Peaty, 26, who has lowered the world record five times and is arguably the greatest ever over the distance, hit the wall in an eye-catching 57.56 sec.

And he’s just getting warmed up.

“Of course, a heat’s a heat. I always have cobwebs, I did in Rio, and I always build on that,” he said at a 15,000-seat Tokyo Aquatics Centre devoid of fans, but with US First Lady Jill Biden poolside on the first of nine days of action.

“I was a bit shaky on the start, for some reason I was ripping it a bit too hard but there’s a lot of variables when it comes to the Olympics.”

Peaty appears unstoppable heading into today’s semi-finals, but he does have competition from Arno Kamminga, who clocked a monster 57.90 in May to be the only other swimmer besides Peaty to go under 58 seconds.

And the Dutchman bettered that yesterday, touching in 57.80.

American Michael Andrew, who caused a stir by opting not to be vaccinated against Covid-19 before heading to Tokyo, was third fastest.

While Peaty cruised, Seto badly misjudged his swim to crash out, shattering Japanese hopes of a gold medal.

The Rio bronze medallist and world champion, who has had a tumultuous year, resigning as captain of their swim team after an extramarital affair, was leading his heat through 300m.

But he eased up and was hauled in by Australian Brendon Smith who qualified fastest in 4:09.27 ahead of New Zealand’s Lewis Clareburt.

Seto faded to fifth and ninth overall and admitted he misread the situation.

“In Rio five years ago I went too fast in the prelims and couldn’t work my best in the finals so I tried to avoid that situation,” he said. “I didn’t let it all out, and I regret that.”

Whatever happens in today’s final, a new champion will be crowned with reigning gold medallist Kosuke Hagino opting out of the event to focus on the 200m medley.

The triple gold medallist, nicknamed the “Iron Lady”, finished fourth in her heat and seventh overall.

She made the final but was nearly three seconds adrift of quickest qualifier Emma Weyant, who touched in 4:33.55.

“I’m really happy with my time, it’s right off what I had at trials,” said the American teenager, who was almost two seconds clear of second-placed Aimee Willmott of Britain.

“Obviously my goal is to come home with a medal for the United States.”

Sweden’s Sarah Sjostrom’s comeback from a broken elbow this year gathered steam as she motored through her 100m butterfly heat in 56.18 to make the semi-finals.

But the defending champion and world record holder will need to find another gear with China’s Zhang Yufei and Australian Emma McKeon both touching in 55.82.

Elijah Winnington, who shocked Mack Horton at the Australian trials to deny him the chance of defending his Olympic title, was fourth quickest in a tie with team-mate Jack McLoughlin.

The door to a gold medal is wide open with China’s Sun Yang, the 2012 London champion, also missing as he serves a doping ban. — AFP 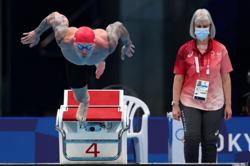 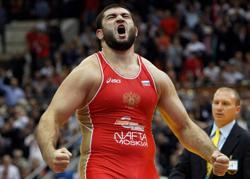