Myanmar swimmer Win Htet Oo, who has decided to boycott the Tokyo 2020 Olympic Games in protest against the military junta ruling Myanmar, poses for a portrait at a pool in Melbourne, Australia, May 3, 2021. REUTERS/Sandra Sanders

MELBOURNE (Reuters) - A leading Myanmar swimmer has called for an international boycott of his country's Olympic committee, branding it a "puppet" of the southeast Asian nation's military rulers.

Australia-based Win Htet Oo said he had given up his dream of swimming at the Tokyo Olympics in protest at the junta which seized power in Myanmar on Feb. 1 and has killed hundreds in a crackdown on dissent.

"I believe that the Myanmar Olympic Committee as it is currently recognised should be expelled immediately from any international sporting events.

"What I’m doing is a small thing but I hope it can lead to lasting change in Myanmar."

Reuters was unable to reach the Myanmar Olympic Committee (MOC) for comment.

The 26-year-old swam for Myanmar at the 2019 Southeast Asian Games in the Philippines where he posted an Olympic qualifying 'B' time in the 50 metres freestyle, which would allow him to compete at Tokyo on invitation by world swimming governing body FINA.

However, he said he had ruled himself out of selection as Myanmar's athletes would be used as "propaganda" by the military junta to legitimise their rule.

Myanmar has been in turmoil since the coup which ousted the elected government led by Nobel laureate Aung San Suu Kyi.

The Assistance Association for Political Prisoners advocacy group says security forces have killed at least 759 protesters since the coup.

The military acknowledged in mid-April the death of 248 protesters, saying they were killed after they initiated violence. Reuters is unable to verify the toll.

Win Htet Oo swam for New York University at collegiate level before coming to Melbourne in 2017 to further develop his swimming. He now works as a lifeguard at the pool where he trains.

He said he had reached out to the International Olympic Committee (IOC) to raise his concerns about the situation in Myanmar but the IOC responded that they continued to recognise the MOC and would adhere to the IOC's principle of political neutrality.

The IOC told Reuters the MOC had recently "re-confirmed" that it was focused on the preparation of its Tokyo Olympic team and that any athlete that qualified would be selected.

"To the best of our knowledge, Mr Oo has not yet obtained a quota for the Olympic Games Tokyo 2020," the IOC said in a statement.

Win Htet Oo hopes the IOC will reconsider and ban Myanmar from the Olympics. The Tokyo Games start July 23.

"At the very least I expect the IOC to send an investigative team to Myanmar if they can because I do have fears that many Myanmar athletes are being intimidated or threatened, to either participate in the Olympic Games or in international sporting events," he said.

"I don’t wish to give out names but I know of many Myanmar athletes who have been outspoken against the military regime since the dictatorship took power.

"But now their social media presence has disappeared and I do worry about their safety." 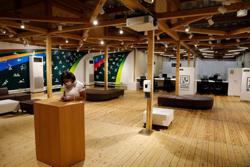