PETALING JAYA: Diving coach Yang Zhuliang (pic) is confident Cheong Jun Hoong will book a ticket for the Olympic Games at the FINA Diving World Cup in Tokyo next month – based on her determination shown in training in Dongguan, China.

Jun Hoong was initially scheduled to take part in a special trial on March 27 in Bukit Jalil to win the right to compete in the World Cup, which is the last Olympic qualifying tournament, but Amateur Swimming Union of Malaysia (Asum) have called it off on Wednesday because international judges were unable to travel due to the Covid-19 pandemic.

The trial was supposed to be among Jun Hoong, Pandelela Rinong and Nur Dhabitah Sabri to decide on the best two for the World Cup in Tokyo.

But Pandelela has decided to make way for the former world champion diver Jun Hoong to compete along with Dhabitah in the 10m platform individual event at the Tokyo meet.

Pandelela, who has already qualified for the event for the Olympics with her fifth placing at the World Aquatics Championships in Gwangju, South Korea last year, will focus on the 10m platform synchro with Leong Mun Yee instead.

Zhuliang said it was the best decision to send Jun Hoong.

“The World Cup is very important to Malaysia as this is the final competition to secure Olympic spots,” said Zhuliang.

“Pandelela has already qualified, so it’s best that Jun Hoong and Dhabitah are given the chance to fight for the other spot for Malaysia in the 10m platform individual.”

Zhuliang said Jun Hoong is close to her form that saw her win the world title in 2017.

“She just needs more time for recovery from training because she is almost 30 now but I believe she is ready for the World Cup,” said Zhuliang.

“I do not make her jump from the 10m height many times as I do not want her to injure her back again.

“Jun Hoong is even training on Sunday and I can see that she is very determined to make use of this chance,” said the Chinese coach, who is unsure whether Jun Hoong will return as scheduled on March 21 or continue training in China until the World Cup meet.

Jun Hoong’s stint under Zhuliang is a special arrangement made by National Sports Council in a bid to get her to qualify for the Olympics. 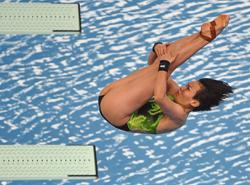 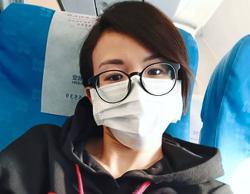