Bruised and scarred FT duo aim to battle on for gold

CHAN Yiwen and Ainaa Amani Ampandi are prepared to play through pain as they set their sights on winning the doubles gold for Federal Territories.

Yiwen, who won the individual event on Tuesday, and Ainaa were hampered by shin injuries but they have vowed to battle on.

The duo, who reached the semi-finals of the Commonwealth Games in Birmingham last month, competed in the Bega Open (Aug 31-Sept 4) and the Tasmanian Open (Sept 7-11) where they picked up the injuries.

Yiwen, who reached the semi-finals at the Bega Open and was a runner-up at the Tasmanian Open, remained optimistic.

“The court was hard at those tournaments and we did not have much time to recuperate,” said Yiwen.

“However, we really want to win the gold and will battle on despite the pain.”

The Azman sisters, Aifa and Aira will also not be in their best shape as the former is nursing a right thumb injury.

It forced Aifa to withdraw from the individual event but she is plodding on to ensure Kedah will not be denied the gold in the women’s event after Yiwen’s individual success. 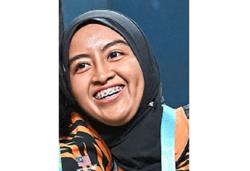 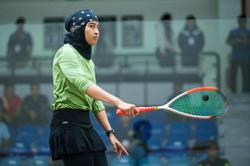